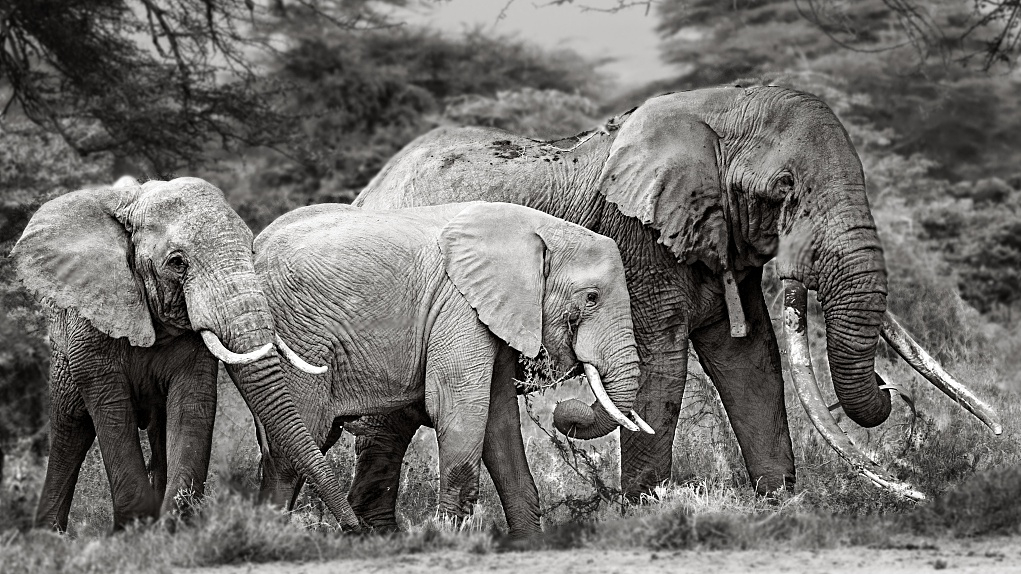 Kenya Wildlife Service (KWS) said the iconic, big tusker elephant named Tim died on Tuesday at Amboseli National Park and its remains will be preserved at the national museums for exhibition and education purposes.

"Big Tim is one of Africa's last big tusker elephants that roam in a vast and remote wilderness of southern Kenya," KWS said in a statement issued in Nairobi.

The wildlife management agency said the celebrated elephant, whose gigantic tusks were an instant draw to local and foreign tourists, had earlier suffered head injuries after it was hit by a huge rock.

"Kenya Wildlife Service in collaboration with partners sedated and treated him and then he found his way back to the Amboseli marsh family in a fairly short time," said KWS. 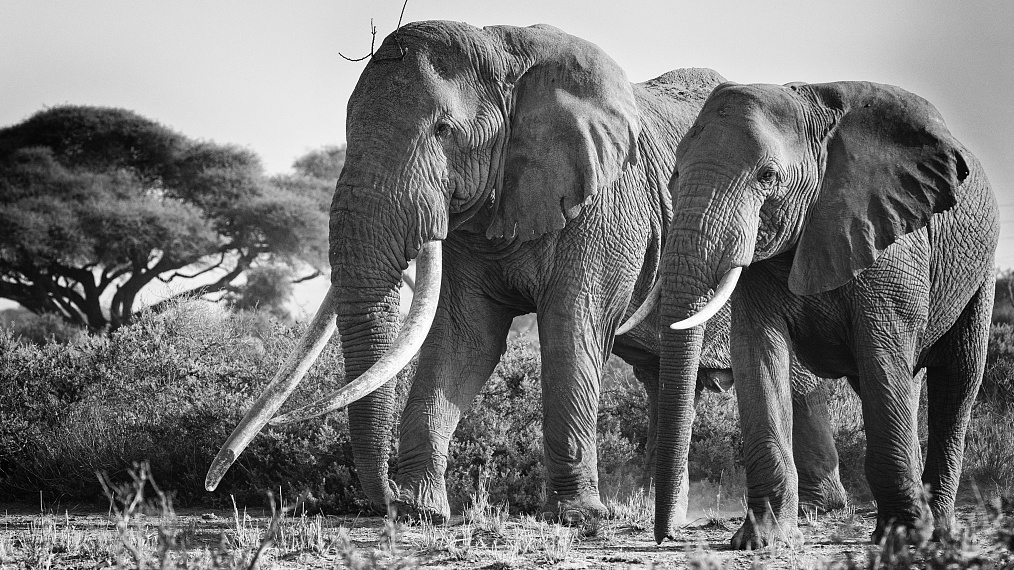 File photo of Tim, a large tusker in Amboseli, Kenya, walking with another bull elephant, taken by Vicki Jauron, Babylon and Beyond. /VCG Photo

File photo of Tim, a large tusker in Amboseli, Kenya, walking with another bull elephant, taken by Vicki Jauron, Babylon and Beyond. /VCG Photo

It said that Big Tim blended with the female counterparts with ease despite established norms that dictate solitary life for males when they reach sexual maturity.

"Tim was always welcome to travel in the company of females and their families. He was unassuming, unpretentious and laid back," said KWS.

Kenya has one of the highest elephant population in Africa estimated at 35,000 in the latest census and the government has enhanced protection of the iconic land mammal amid threats like poaching and shrinking habitat.

(Cover image: Tim walks with other two elephants in Amboseli, Kenya. The photo was taken by Vicki Jauron, Babylon and Beyond. /VCG Photo)