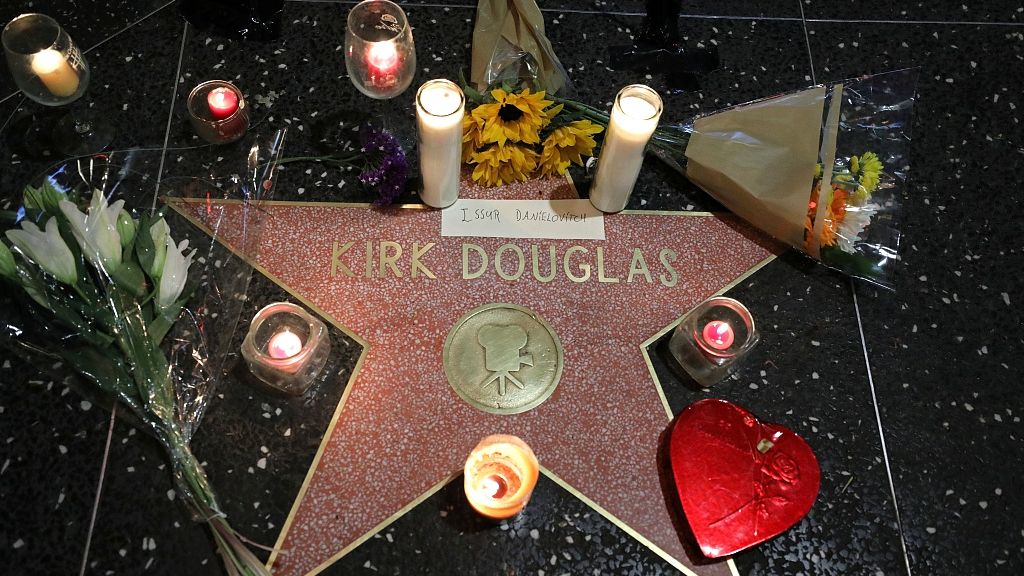 As news of the 103-year-old actor's death broke, celebrities took to social media to honor his legacy.

His son Michael Douglas wrote a tribute on Instagram, saying his father's legacy will endure for generations to come.

"Let me end with the words I told him on his last birthday and which will always remain true," he added. "Dad- I love you so much, and I am so proud to be your son."

"Kirk retained his movie star charisma right to the end of his wonderful life, and I'm honored to have been a small part of his last 45 years," director Steven Spielberg said in a statement.

"I will miss his handwritten notes, letters and fatherly advice, and his wisdom and courage -- even beyond such a breathtaking body of work -- are enough to inspire me for the rest of mine."

Kirk Douglas was regarded as one of the last giants of Hollywood's golden age and the star of such classics as "Spartacus" and "Ace in the Hole."