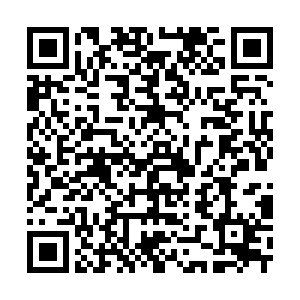 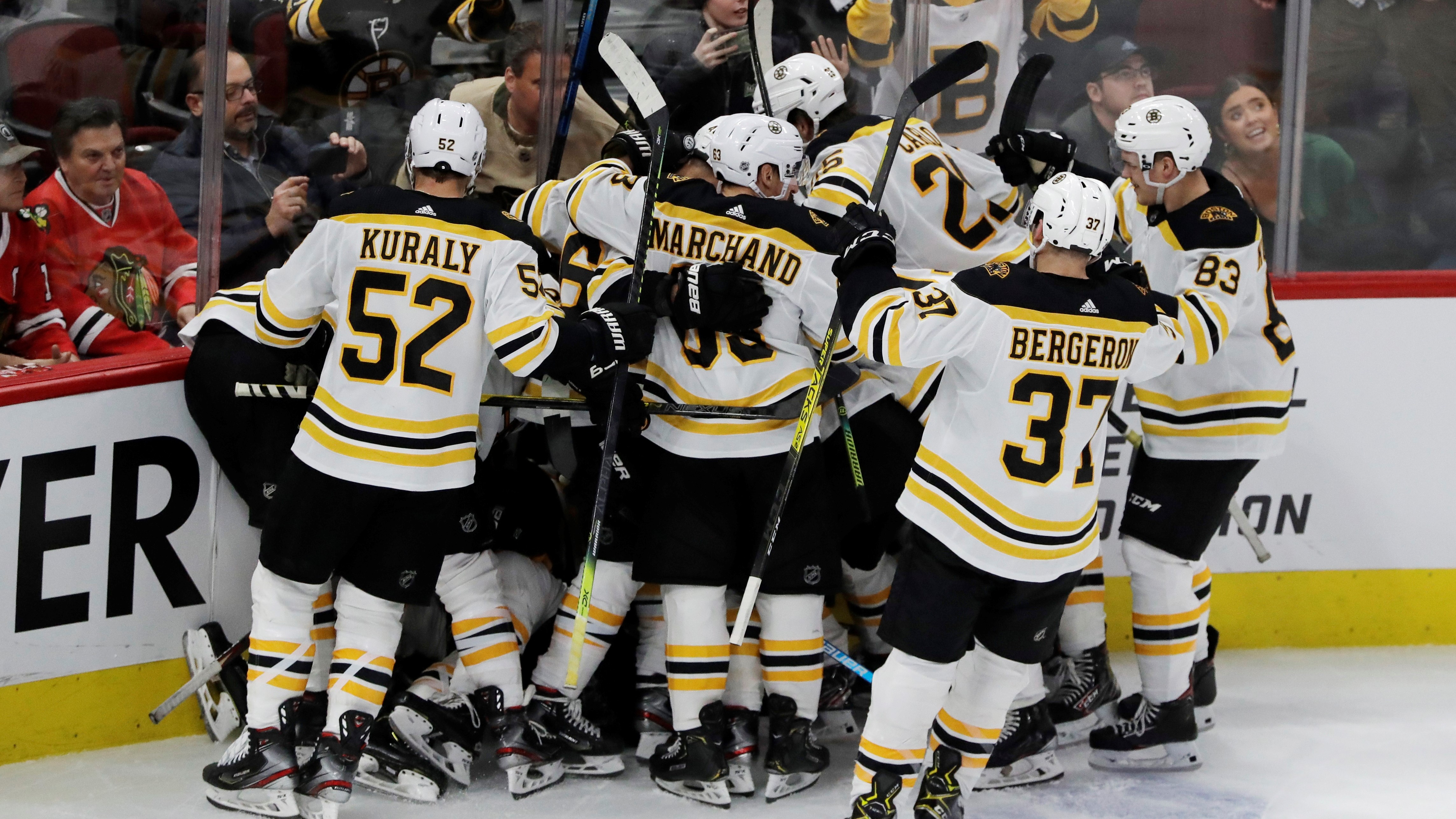 Players of the Boston Bruins celebrate after scoring a goal in the game against the Chicago Blackhawks at the United Center in Chicago, Illinois, February 5, 2020. /AP Photo

Players of the Boston Bruins celebrate after scoring a goal in the game against the Chicago Blackhawks at the United Center in Chicago, Illinois, February 5, 2020. /AP Photo

Charlie McAvoy pointed to Jake DeBrusk in appreciation. DeBrusk then tackled McAvoy, sending the duo to the ice before they were mobbed by the rest of the Boston Bruins.

The Chicago Blackhawks also celebrated a big goal Wednesday night, but their party was cut short in a hurry.

McAvoy scored 1:19 into overtime, and the Bruins beat the Blackhawks 2-1 for their fifth straight victory.

"That was special," McAvoy said.

McAvoy finished a pretty passing sequence for the defenseman's first goal since he scored in Game 1 of the Stanley Cup Final against St. Louis. David Krejci threw the puck outside to a streaking DeBrusk, who made a perfect pass to McAvoy for the tap-in on the right side of the net.

"I would say in the last six, seven games we've been the better team most nights," Boston coach Bruce Cassidy said. "Our analytics back that up. I think just the eye test backs that up. The score backs it up."

McAvoy picked up his 15th career goal, and then waited patiently for the jubilant Bruins to let him up from the winning huddle.

"After about 30 seconds, I'm just, 'I guess we're staying in Chicago tonight,'" a grinning McAvoy said.

The Blackhawks thought they had taken a 2-1 lead with 1:05 left in regulation when it looked as if Drake Caggiula beat Jaroslav Halak for a short-handed goal. But it was waved off because one of the officials blew his whistle.

Both Chicago captain Jonathan Toews and coach Jeremy Colliton said the official told them he made a mistake.

"Caggy scores a big goal, and I don't know what happened there," Toews said.

Cassidy said he also wasn't sure what happened.

"I just heard the whistle. I don't know why," he said.

The crowd of 21,472 booed vociferously when the ruling was announced.

Sean Kuraly also scored for Boston, which was coming off a 4-0 victory over Vancouver on Tuesday night. Halak made 21 saves to help the Bruins move ahead of the idle Capitals for the top spot in the NHL standings.

Chicago wasted a terrific performance by Robin Lehner, who made 38 stops in his first start since January 21. The Blackhawks also lost defenseman Adam Boqvist to a right shoulder injury in the second period.

"I don't think it's anything super serious, but we'll know more in the next day or so," Colliton said.

Alex DeBrincat had Chicago's only goal. Next up for the Blackhawks, who are fighting to stay in the mix for the Western Conference's second wild card, is a five-game trip to Canada.

Boqvist got hurt when he was pushed into the boards by Krejci 6:13 into the second period. The 19-year-old Boqvist then skated off with his arm hanging on his side, while Krejci was sent off for boarding.

Krejci's penalty turned into DeBrincat's third power-play goal of the season. Kirby Dach was denied by Halak in front, but DeBrincat skated in from the side and knocked it home for a 1-0 lead at 6:50.

Boston controlled the play early on, but Lehner stepped up for Chicago. He made 16 saves in the first, including a terrific stop on Krejci with 1:51 left in the period.

"He's a huge reason why we had a chance to win," Toews said.

After the Blackhawks jumped in front in the second, Kuraly skated behind the net and into the right circle before beating Lehner through the goaltender's legs at 12:49. It was Kuraly's fifth of the year.

Boston had a prime scoring opportunity near the end of the second, but Charlie Coyle, Torey Krug and Kuraly were denied in rapid succession by Lehner.

In the other game on Wednesday, the New York Rangers defeated the Toronto Maple Leafs 5-3 at home.