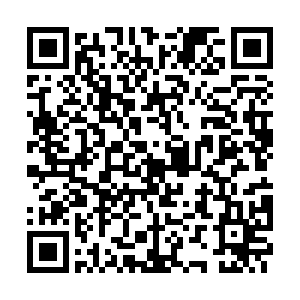 The World Health Organization (WHO) is seeking 675 million U.S. dollars to help low-income countries deal with the novel coronavirus outbreak.

The fund would be utilized to help countries with weak health infrastructure set up surveillance systems to detect the new strain of the virus. Testing facilities are also likely to be upgraded in these countries to confirm the suspected cases from February to April.

The decision was made after concerns were raised that low-income countries are likely to become "soft underbelly of the outbreak."

"My biggest worry is that there are countries today who do not have the systems in place to detect people who have contracted with the virus, even if it were to emerge," said Dr. Tedros Adhanom Ghebreyesus, WHO Director-General.

"Urgent support is needed to bolster weak health systems to detect, diagnose and care for people with the virus, to prevent further human to human transmission and protect health workers."

In sub-Sharan African countries, only two laboratories--the Institut Pasteur in Senegal and the National Institute for Communicable Diseases in South Africa — have facilities for testing the new strain of the virus, technically known as 2019-nCoV.

Ghana, Madagascar, Nigeria and Sierra Leone recently announced they could conduct tests as well, but not in large numbers.

One of the main objectives of the initiative is to minimize human-to-human transmission of the novel coronavirus, ramp up efforts for quarantine and isolate infected patients.

"The effectiveness of outbreak response depends on the preparedness measures put in place before outbreaks strike," said Dr. Mike Ryan, head of WHO's Health Emergencies Programme.

"That is why we are seeking resources to safeguard the most vulnerable countries to protect people from the new coronavirus before it arrives on the doorstep."

WHO Africa has identified 13 countries in the region with close contact with China vulnerable to the new virus outbreak. In order to screen passengers at the airport, protective gear for health workers and essential supplies for screening have been sent at the airports and border entry points.

No confirmed case of novel coronavirus has been reported from Africa till February 6.

"It is crucial that countries in the region can detect and treat severe cases early, preventing a widespread outbreak, which could overwhelm fragile health systems," said Dr. Matshidiso Moeti, WHO Regional Director for Africa.

(Cover Image: Passengers arriving from a China Southern Airlines flight from Changsha in China are screened for novel coronavirus upon their arrival at the Jomo Kenyatta international airport in Nairobi, Kenya, January 29, 2020. /AP Photo)