Britain may be out, but the EU issue will remain divisive
Daniel Quirk 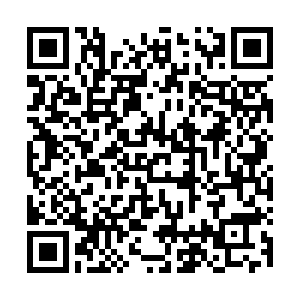 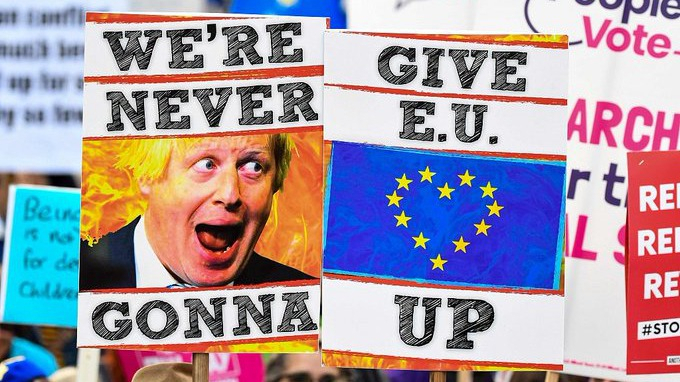 Editor's note: Daniel Quirk is a Yenching Scholar at the Yenching Academy of Peking University. His research focuses on the China-EU-UK trilateral relationship and its consequences for business post-Brexit. The article reflects the author's opinions, and not necessarily the views of CGTN.

With all the pomp and ceremony in Parliament Square on the evening of the 31st January, one would be forgiven for thinking that Brexit had been settled once and for all. For many, the United Kingdom's departure from the European Union at 11 pm signified the triumph of Prime Minister Boris Johnson in finally slaying the "tyrannical" EU dragon after three years of tumultuous debate which has divided the country.

Celebrations, however, may have been premature, as the UK will soon be reminded of the stark and sobering reality that the issue of Europe will not disappear from television screens overnight. Johnson was indeed correct when he stated that Britain's departure was not an end but a new beginning. Now that the UK has left, the long process of establishing a new trade relationship with the EU must begin. The EU and UK have stated their desire to have a new trade deal in place by the end of the transition period on the 31st December 2020.

Whilst Johnson has the advantage of a parliamentary majority which his predecessor did not enjoy, this does not mean that striking a trade deal in this ambitious time frame will be easy. Many of the issues since the 2016 referendum will continue to be as prevalent and divisive during the trade negotiations as they were during the withdrawal agreement negotiations, not just over the next year but beyond.

Firstly, deeply entrenched divisions between hard-line Brexiteers and committed Remainers will not subside despite the Prime Minister's soundbites of moving on and uniting the country. Whilst those who wanted to prevent Brexit were unsuccessful in stopping Britain's departure, their focus now will turn to having the closest possible relationship with the EU to minimize the socio-economic costs and to keep the possibility of re-joining open. Simultaneously, Brexiteers will apply pressure on the government to deviate from EU regulations and prioritize new trade relationships with non-EU states over a free trade deal with the EU.

These alternative visions for a new EU-UK trade relationship present in the national debate will also manifest within the Conservative Party throughout 2020 too. The British government will initially enter into negotiations with a united vision of securing an EU-UK trade deal that complements its "Global Britain" strategy. However, as the trade negotiations begin to unfold and specific details of the trade agreement become apparent, this unity may begin to show signs of weakening as the diverse interests of Conservative MPs representing incredibly different constituencies encourages some to deviate from the government's policy. 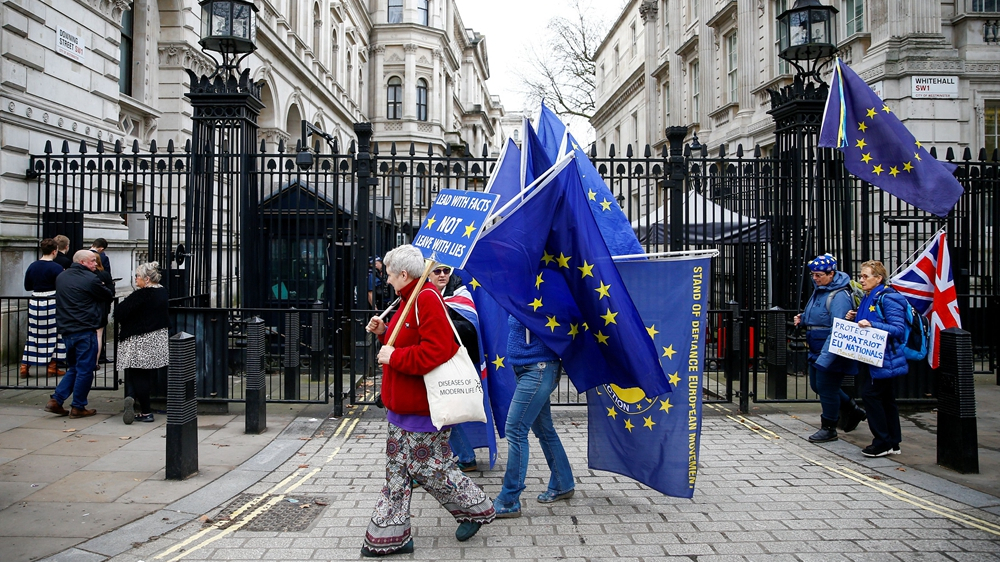 Although the government's early indication that Britain will not align with EU rules may impress Conservative MPs from deindustrialised areas, which voted overwhelmingly for Leave, those representing London constituencies, in particular, will be eager to push for enough alignment to allow British financial services access to the EU.

Eurosceptic backbenchers will also hold Johnson accountable at any sign of the government conceding to pressure and softening its position in the trade negotiations. The Prime Minister's 80 seat parliamentary majority means that such internal party disagreements on dealignment would be unlikely to affect the government's policy or negotiation positions, however, any division will be deeply damaging to the public image of both Johnson and his government.

The issue of Britain's future EU trade relationship will not only plague the Conservative Party but will also continue to strain the union of the United Kingdom. The Scottish Nationalist Party (SNP) continues to advocate for an independent Scotland to re-join the EU and momentum is building behind their case. Recent polling shows that the SNP are predicted to achieve a majority in next year's Holyrood elections, and that support for independence since Brexit has surged to between 50 percent to 52 percent.

Similarly, in Northern Ireland nationalist and cross-community parties are pushing for a close trade relationship, which reduces barriers on the island of Ireland. With such divergent interests across the nations of the UK contrasting with Johnson's desired trade outcomes, national unity will be weak going into the negotiations and may undermine the government's negotiating position despite its majority in Parliament.

In addition to persisting national divisions, the upcoming negotiations between the EU and the UK involve several contentious issues that will continue to push Europe to the forefront of national debate. Such issues include financial services, fisheries, compliance with EU laws, and the jurisdiction of the Court of Justice in trade dispute arbitration. These controversial discussion points will complicate the negotiations and thus increase the likelihood of delay to any trade agreement being achieved by Prime Minister Johnson's desired deadline at the end of the year.

While the central "Get Brexit Done" message of the Conservative general election campaign has been achieved, the issue of Europe will certainly not dissipate. The UK remains deeply divided on its future relationship with the EU and the subsequent negotiations on trade will continue to ignite passionate debate and threaten the integrity of the union. Johnson is fully aware that the issue of Europe has claimed numerous Conservative prime ministers and that the difficult balance he must strike in the coming years as a new EU-UK relationship is forged means he may succumb to the same fate.