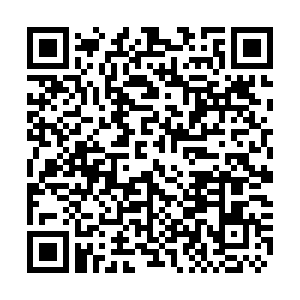 Chinese Vice Foreign Minister Qin Gang urged the UK government to take "scientific and rational response" over the novel coronavirus outbreak after it told its citizens to leave China.

Qin said China hopes the UK could follow the World Health Organization (WHO)'s advice not to restrict people's travel and not to overreact, and that China is confident and capable of containing the epidemic. He made the remarks at a meeting with UK's ambassador Barbara Woodward in Beijing on Thursday.

China's envoy to UK warns against panic and slander over coronavirus

Qin said China hopes the UK government could be "cool-headed" and take a "scientific and rational" approach over the epidemic, instead of putting restrictions and taking discriminatory measures on Chinese people.

The WHO has recognized China's efforts to contain the virus, and it advised against people quitting China as such movement would increase the risk of spreading the virus, Qin said.

Qin stressed that China is confident and capable of winning the fight against the outbreak and that the life and safety of foreign citizens, including UK nationals, are guaranteed.

Woodward said the UK government will give full support and assistance to China to fight the epidemic.

The UK government will take cautious and rational approach to evaluate the outbreak and will not restrict Chinese nationals and Chinese flights to entering the UK border, and it will not take a discriminatory attitude towards Chinese people, Woodward said.

The UK Foreign Office said on Wednesday that it would charter a final flight to take British nationals back from Wuhan – the center of the coronavirus outbreak. So far, more than 100 UK nationals and family members have already been evacuated to Britain. These people are now in quarantine at Arrowe Park Hospital in Wirral for a 14-day quarantine to ensure they are not infected.

As of February 6, the virus has killed 636 and infected 28,985 people in Chinese mainland, and infected a total of 50 people in the Hong Kong and Macao special administrative regions and China's Taiwan region, with one death reported in Hong Kong.