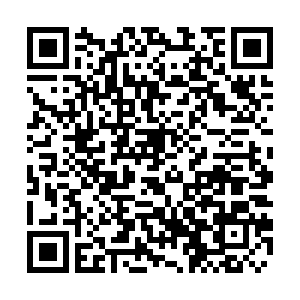 Many countries and international organizations have voiced their support for China in combating and controlling the novel coronavirus epidemic.

Fabrizio Hochschild, the UN Assistant Secretary-General for Strategic Coordination, Executive Office of the Secretary-General said on Thursday he is united with all Chinese people to confront this public health challenge.

UN thanks China and other governments and people for their efforts in fighting the virus, he said adding that solidarity and cooperation of the international community are needed because everyone is in it.

"When we work together, we will be able to defeat this epidemic."

"Go China!" Kwesi Quartey, the Deputy Chairperson of the African Union (AU) Commission shouted in Chinese to express his support for the Chinese government and people in the fight against the novel coronavirus epidemic.

Speaking during the 33rd AU Summit in Addis Abeba, he said China's performance in the fight against the epidemic is impressive and he believes that China will overcome the epidemic

"Managing so many people is a real challenge. They have been handling it and it is laudable that they have been very transparent with the WHO," the minister said, stressing that Costa Rica has no plans to close its borders to anyone as recommended by the World Health Organization (WHO).

Chinese medical staff and people in epidemic-hit area have set an example in the fight against the epidemic, Emanuele Capobianco, Director of Health and Care at International Federation of Red Cross and Red Crescent Societies (IFRC) said.

"They are the real heroes and need to be protected and supported," he stressed.

WHO chief Tedros Adhanom Ghebreyesus also expressed his thanks to Chinese medical workers, saying they are the real heroes who sacrificed themselves to fight the disease and prevent its spreading.

Tedros also thanked people in Wuhan for their cooperation and stressed that China has taken measures to protect its own people and the rest of the world.

"We are hopeful for the early success of our common resolve to fight against the disease for the good health and well-being of the Chinese and Filipino peoples and humankind," the statement read.