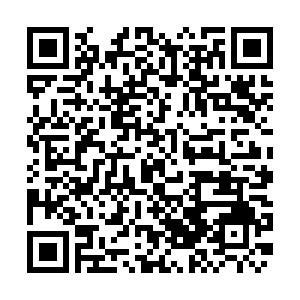 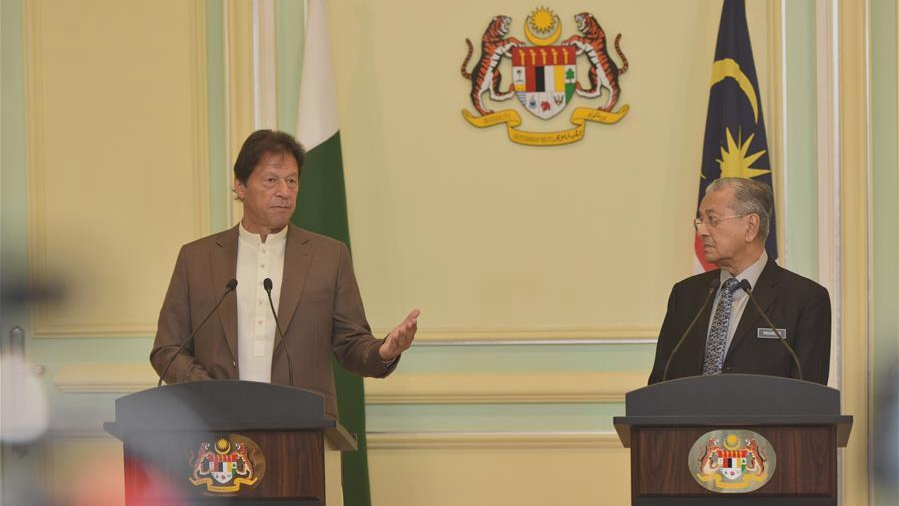 Editor's note: Hannan Hussain is a security analyst at South Asia Center of the London School of Economics, and an author. The article reflects the author's opinions, not necessarily the views of CGTN.

At present, both leaders have signed an extradition treaty to bring transnational criminals and militants under a joint regulatory framework. "If any criminal having committed some crime in Malaysia has to hide in other countries, through the extradition treaty, we can get the country concerned to help us arrest the person," remarked Mahathir on February 4. "It might be terrorists and criminals – anybody who has done something wrong in Malaysia and seeks refuge," he added.

This joint threat-control measure is significant considering that Malaysia, under the command of its premier, has been prioritizing regional security concerns with alarming consistency. Similarly, Pakistan's counter terror-financing reforms have been appreciated by the Financial Action Task Force (FATF), and induced approval from regional and global powers.

Interestingly, both sides are slated to convene their fourth joint committee meeting of the Malaysia-Pakistan Closer Economic Partnership Agreement (MPCEPA) in Islamabad. MPCEPA, since its effectuation in 2008, has stepped up bilateral trade through the Preferential Certificate of Origin (PCO) – Kuala Lumpur's special tariff reduction for some of the leading markets of the world.

Data published by the Malaysian Ministry for International Trade and Industry, reveals 20 such PCO-approved products currently in operation with Pakistan. Among these are aluminum, oil and multi-range iodine – collectively valued at 44.79 million U.S. dollars.

With regard to heavy industries, Malaysia's Proton Assembly Plant is a case in point. It is scheduled to become operational in Pakistan by 2021, making it the company's first-ever manufacturing hub in South Asia. 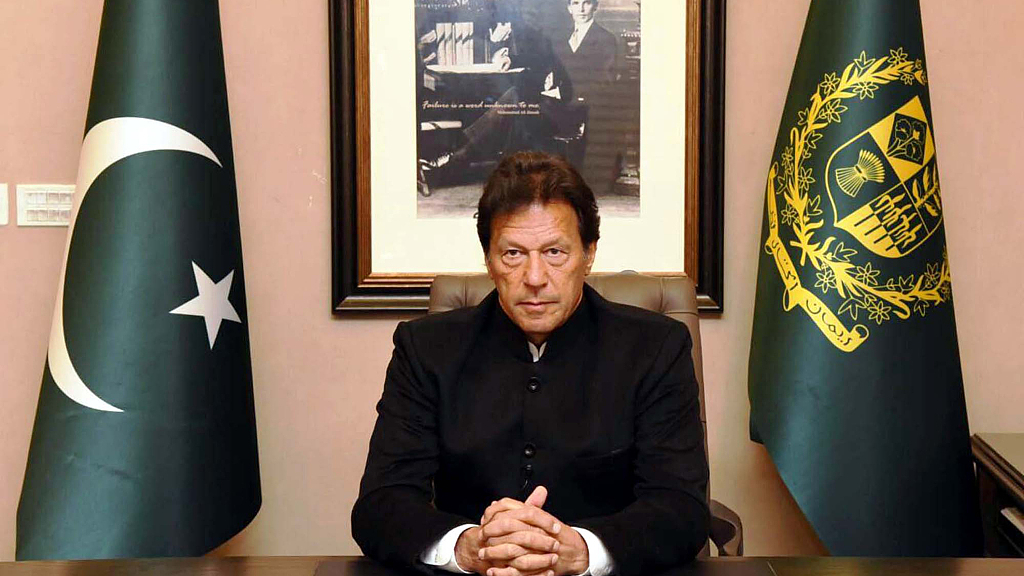 It is also high time to push these objectives through, given the recent spike in performance among Pakistani exports. Pakistan's total volume of exports grew sharply between 2018 and 2019, recording a 126 percent increase in total exports to Malaysia.

Yet, for any expansion in bilateral trade to appear tangible, it must reflect as a percentage of Pakistan's overall trade. Presently, Malaysia enjoys fewer than two percent of share in Pakistan's global imports and exports, and ranks 18th among its top export markets.

At the turn of last year, Malaysian imports stood at 294.7 million U.S. dollars – less than double the volume imported by Pakistan from neighboring Indonesia.

Furthermore, a strong diplomatic rapport has been decisive in cultivating cordial ties between Malaysia and Pakistan. Khan's February visit arrived six-weeks after the 2019 Kuala Lumpur Summit – an event which Khan helped initiate with Mahathir and Turkish President Erdogan on the sidelines of the 74th UN General Assembly Session.

Its vision was to generate consensus among Muslim-majority states on issues of mutual importance – including Kashmir – and Pakistan's last minute pull-out did little to promote collective interests. In fact, many of Islamabad's allies viewed the move with displeasure. But not Malaysia.

Ever since assuming power, both Mahathir and Khan have been thoroughly considerate of each other's sovereign alliances. Take Pakistan's vocal critique of Indian unilateralism and state-sanctioned violence in Kashmir – not once has Islamabad held Malaysia's own economic and security interests with New Delhi in doubt.

Likewise, Malaysia deemed it wise not to debate Pakistan's absence from the 2019 Summit – a decision which was widely influenced by Saudi Arabia, Islamabad's iron-ally.

Precisely for these subtle distinctions, Pakistan and Malaysia continue to thrive on the bilateral front – with Islamabad deeming Kuala Lumpur central to its East Asia pivot.

One must not forget Malaysia's reciprocity either. It does so by endorsing Pakistan's geopolitical concerns as its own.

At the UN last year, Mahathir joined Pakistan in condemning India's revocation of Kashmir's autonomy, calling it an act of "occupation." This week, both leaders issued a joint statement stressing that the bilateral dispute must be resolved in accordance with relevant UNSC resolutions – a crucial part of Pakistan's official position on the disputed region.

In terms of geo-strategic considerations, expanding connectivity across South and East Asia is a key priority. "Pakistan has access to the Chinese market through the China-Pakistan Economic Corridor (CPEC). We develop a special economic zone to invite investment, which can export products to China," emphasized Prime Minister Imran Khan on February 5.

In sum, these wide-ranging prospects empower both parties to take the lead on key regional transformations, without ever compromising on state-to-state cooperation. Especially, when the past 14 months have ushered-in three official visits – all of which have ended in success.