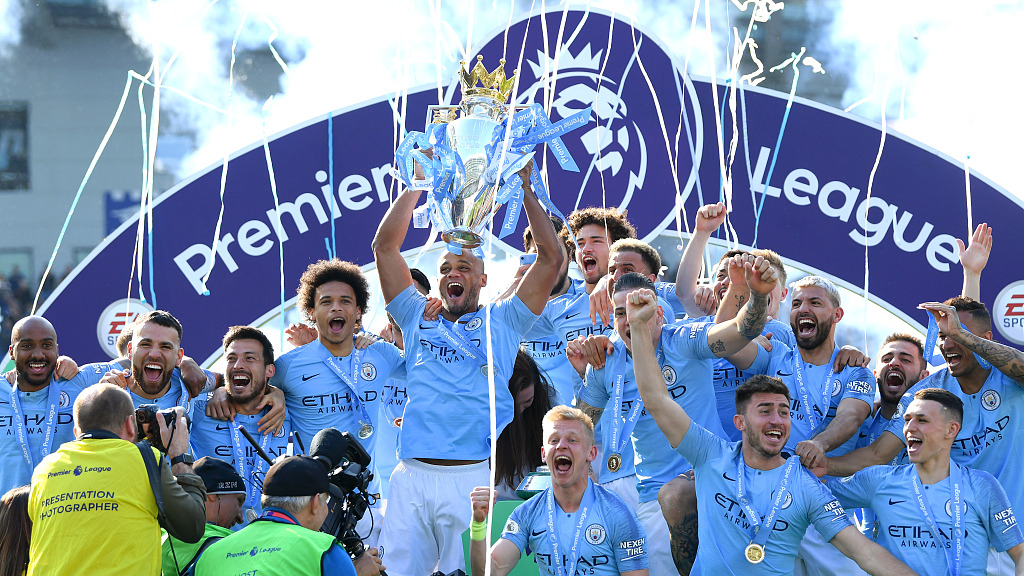 Players of Manchester City celebrate their Premier League title after the match against Brighton & Hove Albion, Brighton, UK, May 12, 2019.

Players of Manchester City celebrate their Premier League title after the match against Brighton & Hove Albion, Brighton, UK, May 12, 2019.

Premier League clubs voted on Thursday to push the closing date of the summer transfer window back to bring it into line with the rest of Europe.

The clubs decided at a shareholders' meeting to revert to the traditional date at the end of August or early September after two seasons when the window closed on the eve of the campaign.

This year's summer window will close at 1600 GMT on Tuesday, September 1.

The switch to an earlier closing date was motivated by complaints from managers that keeping it open after the start of the season was disruptive.

It was thought major leagues across Europe would also bring their own windows forward to fall in line with the Premier League.

When that did not happen a number of English clubs found themselves in the unwanted position of having their players linked with European teams, even though they would be unable to bring in replacements for anyone they sold after the Premier League window closed.

"We felt it was in the best interests of the league to be in sync with the other leagues and extend the window until the end of August," he told Sky Sports News.

"I understood the reason for (bringing the deadline forward) but it put a lot of pressure on all of us to make decisions and it gave an advantage to other leagues, so it's good to be consistent."

Liverpool manager Jurgen Klopp had been among those to call for the Premier League to align itself with the other top leagues in Europe.

"When they spoke about 'Let's finish it before the season starts then everyone knows their squad' – that's a good idea," Klopp said in August.

"But then the rest didn't do it and that makes no sense. Can somebody explain what is the benefit for the Premier League?"

Tottenham's season has been disrupted by transfer speculation over a number of players, most notably Christian Eriksen, and manager Mauricio Pochettino paid the price in November for a poor run of results.

"I think that was a big mistake for the Premier League to allow that – we open the door to different clubs in Europe to try to create confusion within your squad," the former Spurs boss said earlier this season.

"I think after two seasons operating in this way, the Premier League realises that if Europe doesn't change, we need to go back and start to operate in the same way they operate now."