Wang Yi: No difficulty, including the outbreak, can stop the Chinese people
CGTN 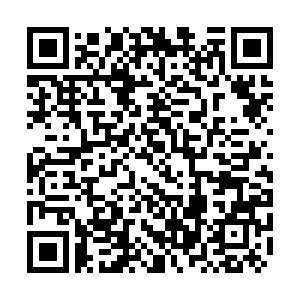 Noting that the Chinese nation has come through various difficulties and hardships, Chinese State Councilor and Foreign Minister Wang Yi said that no difficulty, including the novel coronavirus outbreak, can stop the Chinese people from striving toward modernization.

Wang made his remarks when speaking with Syrian Deputy Prime Minister and Foreign Minister Walid al-Muallem over phone on Thursday. They discussed efforts to combat and control the novel coronavirus epidemic.

Wang said the Chinese people appreciate that the Syrian government and people, who are working hard to safeguard their national sovereignty and dignity, have expressed firm support to China in fighting the epidemic. The fact demonstrates the profound friendship between the two countries and peoples as well as their good tradition of mutual support and trust.

He added that under the leadership of Chinese President Xi Jinping, China has established a nationwide system and adopted vigorous measures to combat the epidemic, which has achieved remarkable results.

China has sufficient experience in responding to emergencies and strong national mobilization capabilities, Wang said, adding that the country is fully confident of defeating the epidemic.

He said that China's battle against the outbreak has not only protected the health and safety of the Chinese people, but also played a significant role in preventing the spread of the coronavirus to the rest of the world.

China will continue to guarantee the health of Syrian nationals in China and cooperate in the field of public health with other countries including Syria, he added.

Al-Muallem said that the Syrian leadership and people have expressed firm support for the great Chinese people as they are fighting the epidemic, adding that they believe the Chinese people are fully capable of winning the battle against the epidemic.

He also said that the Syrian side highly appreciates China's active measures, believing that China has made important contributions to public health of people around the world, adding that his country thanks China for its efforts to protect the Syrians in China, and hopes to see China's comprehensive victory over the epidemic soon.