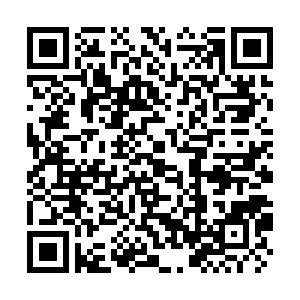 Xi said China has taken comprehensive measures and responded swiftly to the epidemic.

China, in an open, transparent and responsible manner, has promptly informed the World Health Organization (WHO) and relevant countries and regions, including the United States, of the epidemic situation and has invited experts from the WHO and other regions to do field study in Wuhan, he added.

Noting that China is on the front line of the epidemic prevention and control, Xi said that China has taken decisive and effective measures in a timely manner, which has been fully affirmed and highly praised by the WHO and many countries.

China and the U.S. have maintained communication on epidemic prevention and control, the Chinese president said.

Xi appreciated the U.S. president's positive comments on China's epidemic prevention and control efforts and thanked all sectors of the American society for their material contributions.

Saying that the epidemic control is at a critical stage, President Xi called for international cooperation to combat the epidemic disease and stressed the need to avoid overreaction, as the WHO repeatedly recommended.

Trump for his part said the U.S. fully supports China's fight against the pneumonia epidemic caused by the novel coronavirus and is willing to send experts to China and provide assistance to China in various ways.

It is impressive that China has built makeshift hospitals in a very short period of time, which fully demonstrates China's excellent organization and response-ability, the U.S. president pointed out. Trump added that he believes that under the leadership of President Xi, the Chinese people will undoubtedly be able to win the battle against the epidemic.

Trump also said the U.S. side has confidence in China's economic development.

The U.S. side will take a calm attitude and respond to the epidemic, and is willing to maintain communication and cooperation with China through bilateral and WHO channels, he added.

Xi stressed that signing the phase-one economic and trade agreement is not only positive to both countries but also safeguards world peace and prosperity.

This fully shows that despite some differences between China and the U.S., as long as both sides act in the spirit of equality and mutual respect, the two countries can always find a mutually acceptable solution through dialogue and consultation, he added.

The Chinese president hopes that the U.S. and China can meet each other halfway, earnestly implement the consensus reached, adhere to the general principle of coordination, cooperation and stability, and push bilateral ties to move forward along the right track in the new year.

Trump said the U.S. is willing to work with China to implement the agreement and jointly promote bilateral relations.

The two heads of state also agreed to continue to maintain close communication.