Dodo: Flightless bird that only exists in Alice's Wonderland
By Xu Chenlu 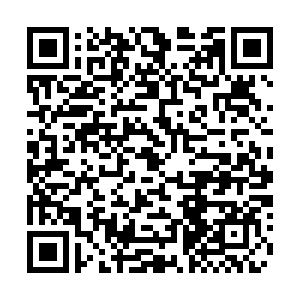 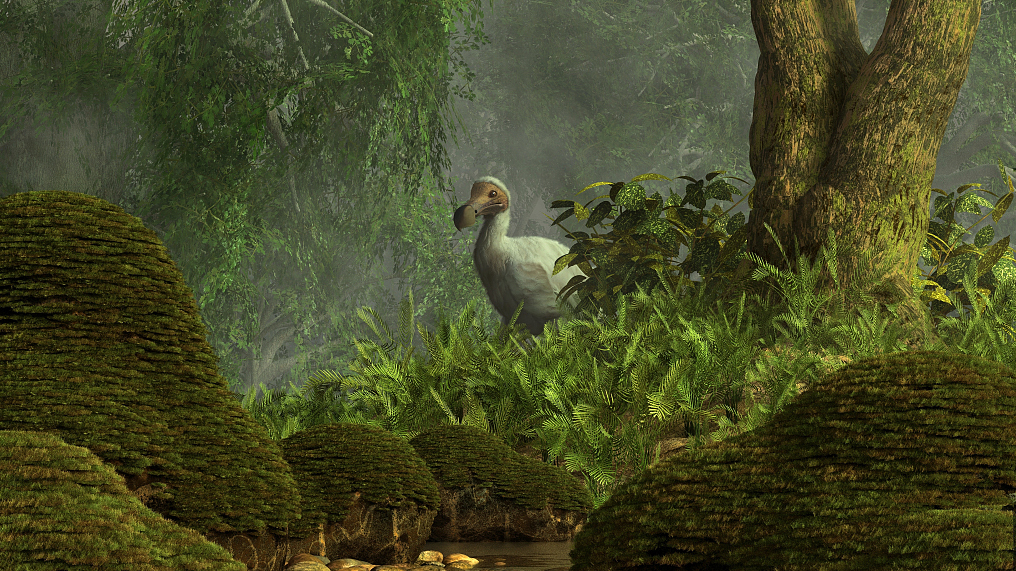 In the famous fairy tale "Alice's Adventures in Wonderland", the author, Charles Lutwidge Dodgson, describes an amazing creature that comes up with the way of giving Alice's own thimble as a gift for herself, leaving the children readers a strong impression. 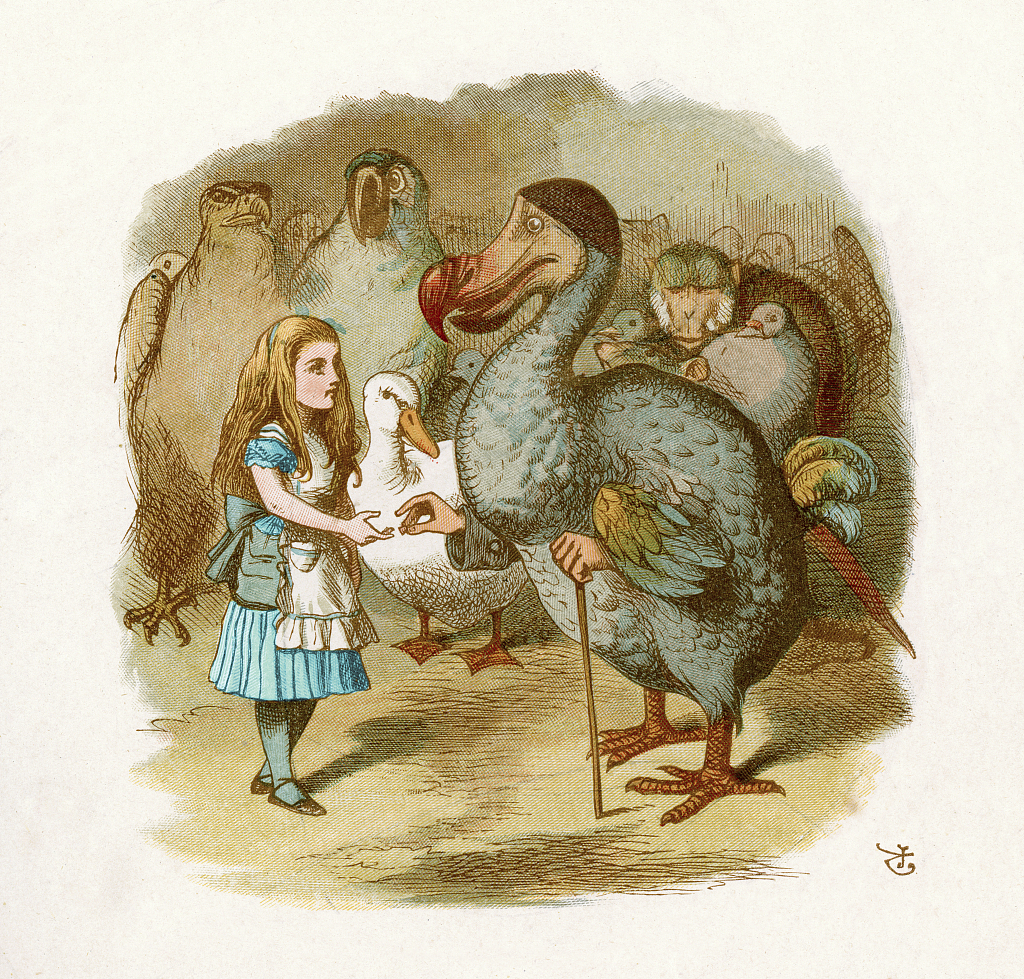 However, when the kids try to search for this creature in real life, they will be disappointed that this creature does not exist anymore. This is the dodo, a flightless bird that has gone extinct hundreds of years ago.

Cards with the story of "Alice in Wonderland" /VCG Photo

Cards with the story of "Alice in Wonderland" /VCG Photo

Dodo was endemic to the island of Mauritius, which locates in the east of Madagascar. Because of lacking enough specimens, dodo's appearance could only be described based on illustrations and written accounts from those who have seen it. Usually, the images of a dodo depict it as a bird with gray plumage, yellow feet, and a beak with black, yellow, and green in colors. 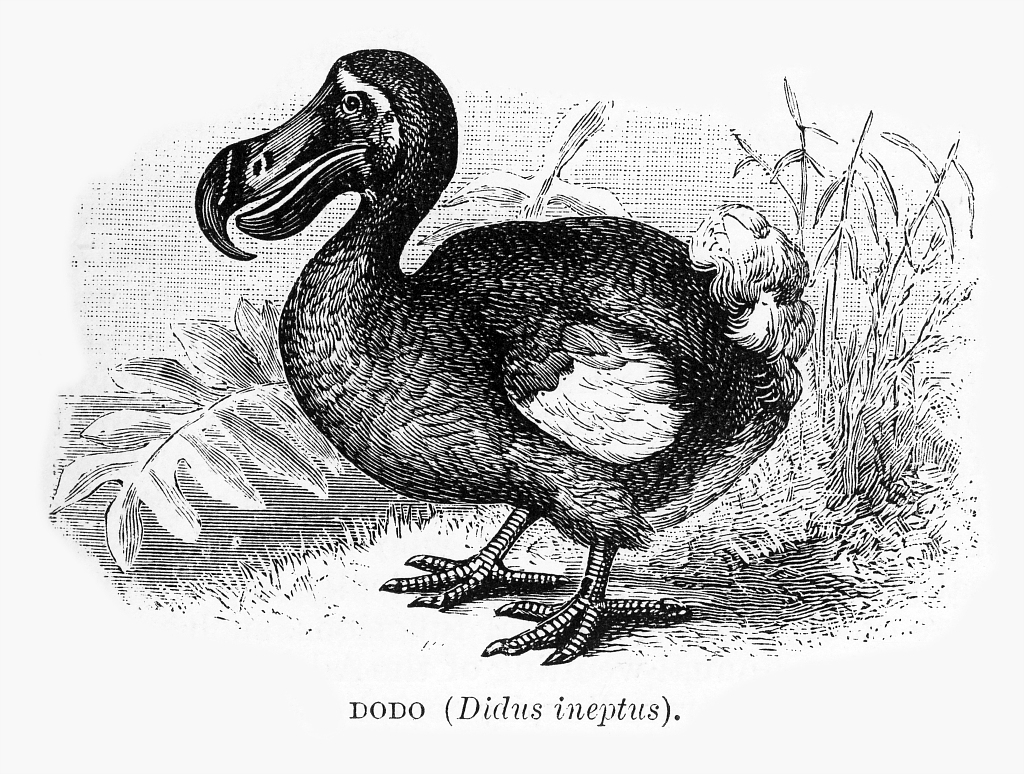 A hand-drawing picture of a dodo /VCG Photo

A hand-drawing picture of a dodo /VCG Photo

As the bird is flightless, it was historically recorded as fat and clumsy, but now it is thought to be well-adapted to its habitat. The island where dodos used to live is believed to have abundant food resources and few predators, hence dodos did not need to evolve with strong wings to fly and find food. 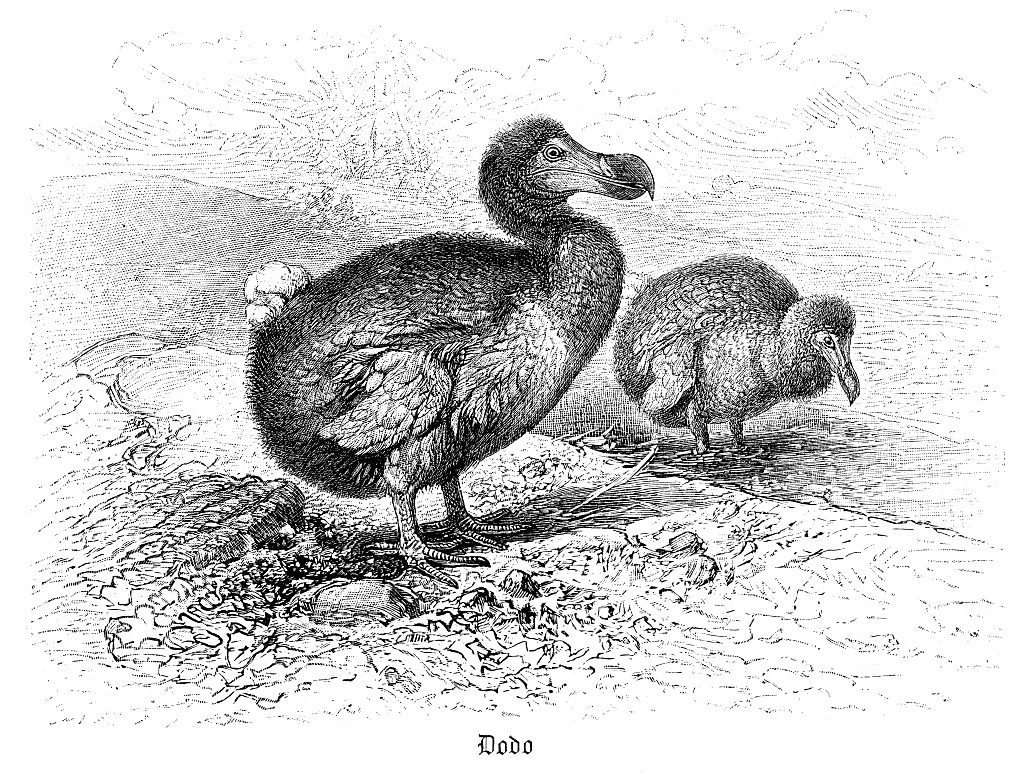 Tragedy arrived when Dutch sailors discovered Mauritius in 1598 and handed in the first record of dodos to the world. In the following years, the dodos were hunted by sailors and also by the animals they introduced, including pigs, rats, and crab-eating macaques. These species became invasive after they arrived on the island and preyed for dodos and their eggs fiercely. Their nests and habitats were destroyed, leading to the rapid decline of dodo's population. 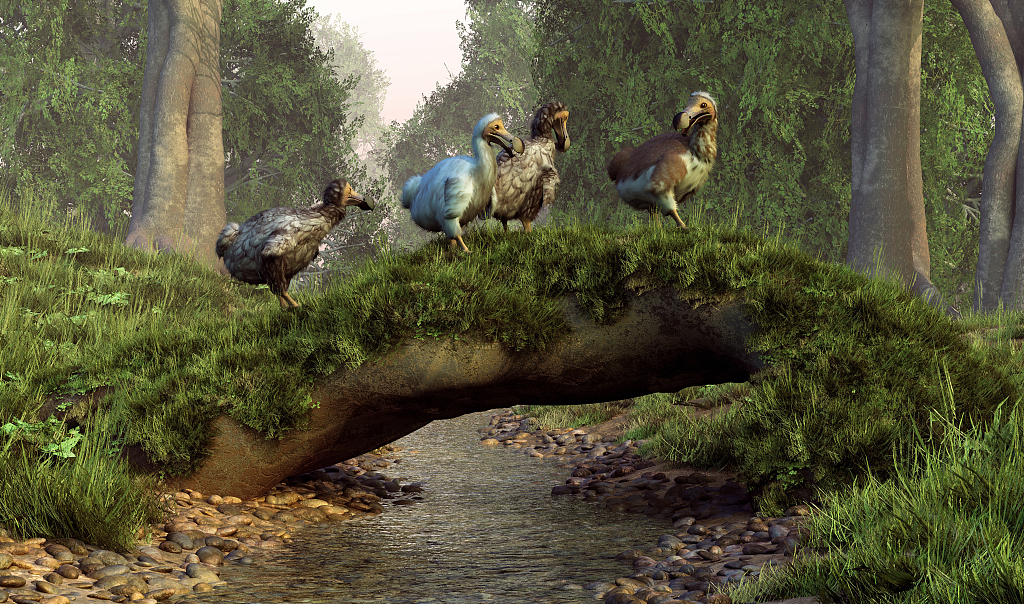 Finally, statistical analysis by scientists pointed out that during 1688-1715, the last dodo closed its eyes, marking this species' extinction. It had been only about a century from the discovery of the dodos to their extinction. The bird is considered as an icon of extinction, warning people about the fact that human activities can deal fatal influences on biodiversity.