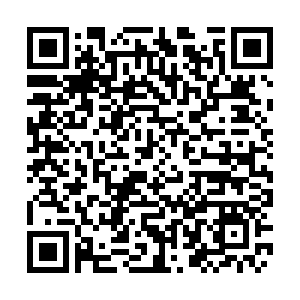 The novel coronavirus (2019-nCoV) outbreak will not change the internal driving force and the resilience of the Chinese economy, Chinese State Councilor and Foreign Minister Wang Yi told Luhut Binsar Pandjaitan, Indonesian government's Coordinator for Cooperation with China, during a telephone conversation on Friday, adding that the Chinese economy will maintain its good momentum in the long run.

The two sides discussed efforts to combat and control the novel coronavirus epidemic. On behalf of the Indonesian government and people, Luhut, also the country's Coordinating Minister for Maritime and Investment Affairs, expressed sincere sympathy to the Chinese people who are fighting against the disease.

He said that Indonesia highly praises the efforts made by China to prevent and control the epidemic, adding that if the outbreak had occurred elsewhere, it would have been difficult to contain it so effectively.

At this difficult time, Indonesia feels China's pain and stands ready to do its best to provide support and help to the Chinese friends, Luhut said, adding that Indonesia is confident that under the strong leadership of Chinese President Xi Jinping, China will definitely defeat the epidemic.

For his part, Wang thanked the Indonesian government and people for their support and assistance to China in the fight against the disease, adding that the Chinese people have come together in the race against time to win the battle against the virus.

China has put in place a nation-wide mechanism and taken the most thorough and rigorous measures, which are gradually yielding results, Wang noted.

He stressed China has the ability to minimize the impact of the outbreak and maintain its sustained and stable economic growth.

Wang said that the Chinese government upholds the concept of a community with a shared future for mankind, and not only cares about the health of its own people but also holds a responsible attitude towards the health of the people from the rest of the world.

China will continue to adhere to the principles of openness and transparency, share information with Indonesia and other countries in a timely manner, and accommodate the legitimate concerns of all parties, Wang added.

He also said the fact that confirmed cases outside of China account for less than one percent of all cases of infection is a testimony to China's enormous efforts.

World Health Organization (WHO)'s Director-General Tedros Adhanom Ghebreyesus has praised China's prevention and control measures as the country's contribution to global public health. The UN health agency also made it clear that it does not recommend any travel or trade restrictions. Meanwhile, the International Civil Aviation Organization has urged countries to follow WHO recommendations.

Wang said that the Chinese side hopes and also believes that Indonesia will respect the professional advice of international organizations, and maintain the stable development of bilateral relations and practical cooperation with China.

France admires China's effective control of the situation and its calm, wisdom and ability to tackle the disease in a short period of time, Bonne said, adding that France stands ready to share its experience and carry out cooperation with China.

He added that French side is confident that China will finally win the battle against the novel coronavirus epidemic.

The Chinese foreign minister thanked France and expressed his appreciation for the country's solidarity with and assistance to China in fighting the epidemic. He told Bonne that China has taken the most thorough and strict prevention and control measures with a highly responsible attitude towards Chinese people and the international community.

At present, our work is gradually achieving results with the number of cured patients obviously exceeding the number of the dead, and the growth rate of suspected cases slowing down, Wang added.

Wang stressed that the Chinese nation would never bow to any difficulties and that it was fully confident in overcoming the epidemic.

He also pointed out that the epidemic posed a challenge to all of mankind and that China would continue to share information and strengthen cooperation with the international community in an open and transparent manner.

"We do not intend to downplay the challenges posed by the outbreak, and hope that countries around the world will respect the World Health Organization's (WHO) professional advice not to impose restrictions on personnel and trade exchanges," Wang noted.

He added that China hopes that France will continue to push forward the normal exchanges and cooperation between the two countries with an objective and fair attitude.

Egyptian Foreign Minister Sameh Shoukry in a phone conversation with Wang on Friday stressed that African countries always stand firmly with China in face of any difficulties.

Shoukry said that Egypt firmly supports China's fight against the epidemic and is willing to provide assistance to China within its capabilities.

Wang for his part noted that China and Africa are good friends and brothers who trust and support each other.

He recalled that China took the lead in taking action to help African countries fight against Ebola outbreak, which wrote a new chapter in friendship and cooperation between China and Africa.

The Chinese foreign minister appreciates African countries for fully understanding and supporting China's fight against the outbreak, adding that China-Africa friendship will be further promoted.

He also pointed out that China's efforts to fight the epidemic are not only to safeguard the safety and health of the Chinese people, but also to contribute to global public health.

China is willing to maintain communication and coordination with Egypt to jointly safeguard normal exchanges and cooperation between the two countries, Wang added.

Senegal: We have faith in the Chinese people

The Chinese official later also spoke with the foreign minister of Senegal Amadou Ba via a phone call. Ba spoke highly of China's efforts in controlling the outbreak, expressing confidence in the Chinese people.

The Senegalese official recalled the time when the Ebola virus broke out in West Africa, where China has offered firm support to affected countries. During this hard time, the Senegalese government and its people are standing firmly with the Chinese people, he said.

Wang appreciated the African country's firm support, vowing to preserve the safety of those Senegalese living in China.

China will become even stronger after conquering this epidemic, Wang said.

Both China and Senegal are chair countries of the Forum on China-Africa Cooperation (FOCAC), Wang noted, hoping to see the cooperation between the two sides can be pushed to the next level in 2020, the 20th anniversary of the founding of the forum.