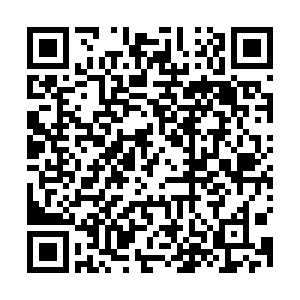 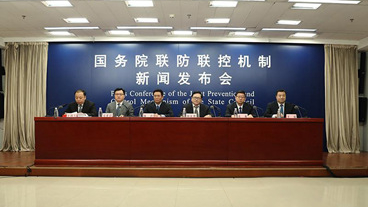 The supply of important daily necessities nationwide and in key areas such as Wuhan is guaranteed, with prices expected to be generally stable, said an official with China's economic planning agency on Sunday.

Various measures have been implemented to ensure the supply of basic necessities across the country, according to the regular press conference on the control of the coronavirus in Beijing, including monitoring prices in real-time, strongly encouraging companies to enlarge production, instructing local governments to guide enterprises to increase inventory and offering a preferential interest rate to enterprises that produce, transport and sell major materials for necessary goods.

As of February 7, domestic producers have resumed 73 and 94.6 percent of mask and grain production capacity respectively with the rate of medical masks rising to 87 percent, said Chen Da from National Development and Reform Commission (NDRC).

More imports of the mask are also encouraged, said Chen, noting that related policies have been announced, such as donated masks from abroad will be exempt from import tax and enterprises are allowed to transport masks by charter planes to the domestic.

Meanwhile, related departments including the NDRC and Ministry of Commerce (MOFCOM) have mainly focused on delivery, smooth transportation and price monitoring of daily necessities in key areas like Wuhan.

The central government has arranged 10,000 tonnes of frozen pork for Wuhan from Zhejiang, Jiangsu, and Shanghai, with 2,000 tonnes to be transported to the city soon, he noted.

The supply of necessary goods in Hubei Province and Wuhan is generally smooth, with prices further falling, according to MOFCOM.

The province can secure supplies of rice and other products for 15 days, and vegetables for about three days, with all of which continuously being replenished, said MOFCOM official Wang Bin.

He also mentioned that to guarantee vegetable supply in Wuhan, there have been 14 open-air markets organized by the local government. Some supermarkets and e-commerce platforms choose to order online and pick up the vegetables later to avoid too many people in one place.

Aids for the farming industry

In response to insufficient feed in Hubei province, Kong Liang, an official from the Ministry of Agriculture and Rural Affairs (MOA) said that the local feed companies have been promoted to restart work and the suppliers nationwide have resumed over 50 percent production capacity.

He further explained that COFCO Trading, the executive agent of import and export of the staple food grain of China's biggest food and agricultural company has raised 110,000 tonnes of corn for Hubei, with 45,000 tonnes already sent. The province also received 155,000 tonnes of corn from the National Grain Trade Center and will receive 154,000 tonnes of soybeans.

The pneumonia outbreak first reported in Wuhan City, central China's Hubei Province, in December 2019, has already claimed the lives of 813 victims with over 37,560 cases confirmed as of February 8.

(Cover photo: The regular press conference on prevention and control of the coronavirus epidemic, in Beijing China, February 9, 2020./ Photo from www.gov.cn)