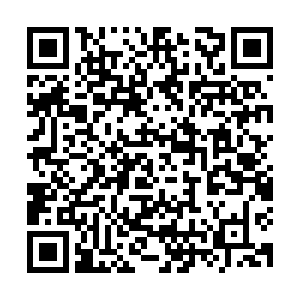 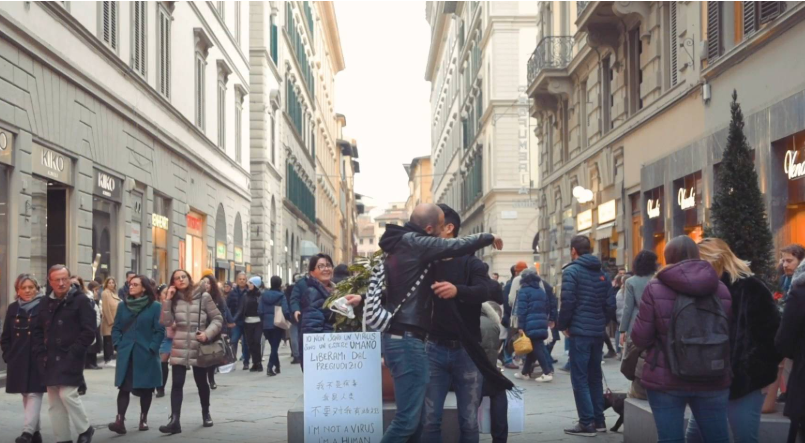 On Feburary 2, a young Italian Chinese named Massimiliano Martigli Jiang went to the streets of Florence's historical centre where he lives, and stood for hours, blindfolded, wearing a face-mask, beside a sign that read: "I'm not a virus, I'm a human being: Eradicate the prejudice." In the video, many pedestrians embraced him and expressed their love and encouragement.

"I have watched the video of a young Chinese man in Florence. This has been extremely popular in Italy and has helped a lot, people have been moved and you have seen the reactions of many passers by and hugging him." Michele Geraci, the former Under-Secretary of State, Italian Ministry of Economic Development comment.

"As you know Italian people and Chinese people, we are very similar in culture and family oriented. We do tend to go beyond the micro issue, and then person-to-person interaction is very warm. As for myself, I have witnessed that while living in China, I have been much welcomed," Geraci continued.

Geraci emphasized the strong bond between Italy and China. Before he was appointed as the Under-Secretary of State. He was a professor in the University of Nottingham Ningbo China for several years.

"I am Wuhan people." That is a sentence written in Chinese on a piece of paper held by Geraci. He said he just launched this campaign a few days ago in Italy.

"I think this is the solidarity that we want to bring to the people in Wuhan. Because I think the words beyond may help to bridge this gap. And I'm personally taking time off from my other activities to communicate to my Italian people that we need to be warmer to the Chinese and to the students. We have children and a lot of second generation Chinese from Wenzhou, mostly they live in Italy," Geraci noted.

But why is there fear amid the spread of coronavirus in China?

Besides that, Geraci believes that governments should not overact. He said the Italian government should be more considerate before it locked down all people back from China.

"They took some measures for example try to quarantine all people coming from China, but this is not for Chinese people, it is for everyone in fact, the only people who have now been quarantined in Italy are [people who] moved from Wuhan and back to Italy a couple of days ago," Geraci explained.

Just several days ago, Matteo Salvini, the former Deputy Prime Minister of Italy and Minister of the Interior, who has been accused of being anti-migrant, gave a warm massage to the Chinese community in Italy, appreciating their hard work and respect of the law.