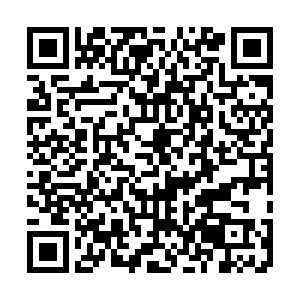 A U.S. envoy warned Israel on Sunday not to declare sovereignty over West Bank land without Washington's consent, pushing back against calls for immediate action by ultra-nationalists within Prime Minister Benjamin Netanyahu's coalition.

U.S. President Donald Trump's Middle East peace plan, unveiled on Jan. 28, envisages Israel keeping key swathes of the occupied territory where Palestinians seek statehood. But the question of timing has opened up a rare rift between the allies.

Netanyahu initially pledged a speedy "application of Israeli law" - de facto annexation - to Jewish settlement blocs and the Jordan Valley, delighting his religious-rightist base ahead of Israel's March 2 election, where he hopes to win a fifth term. 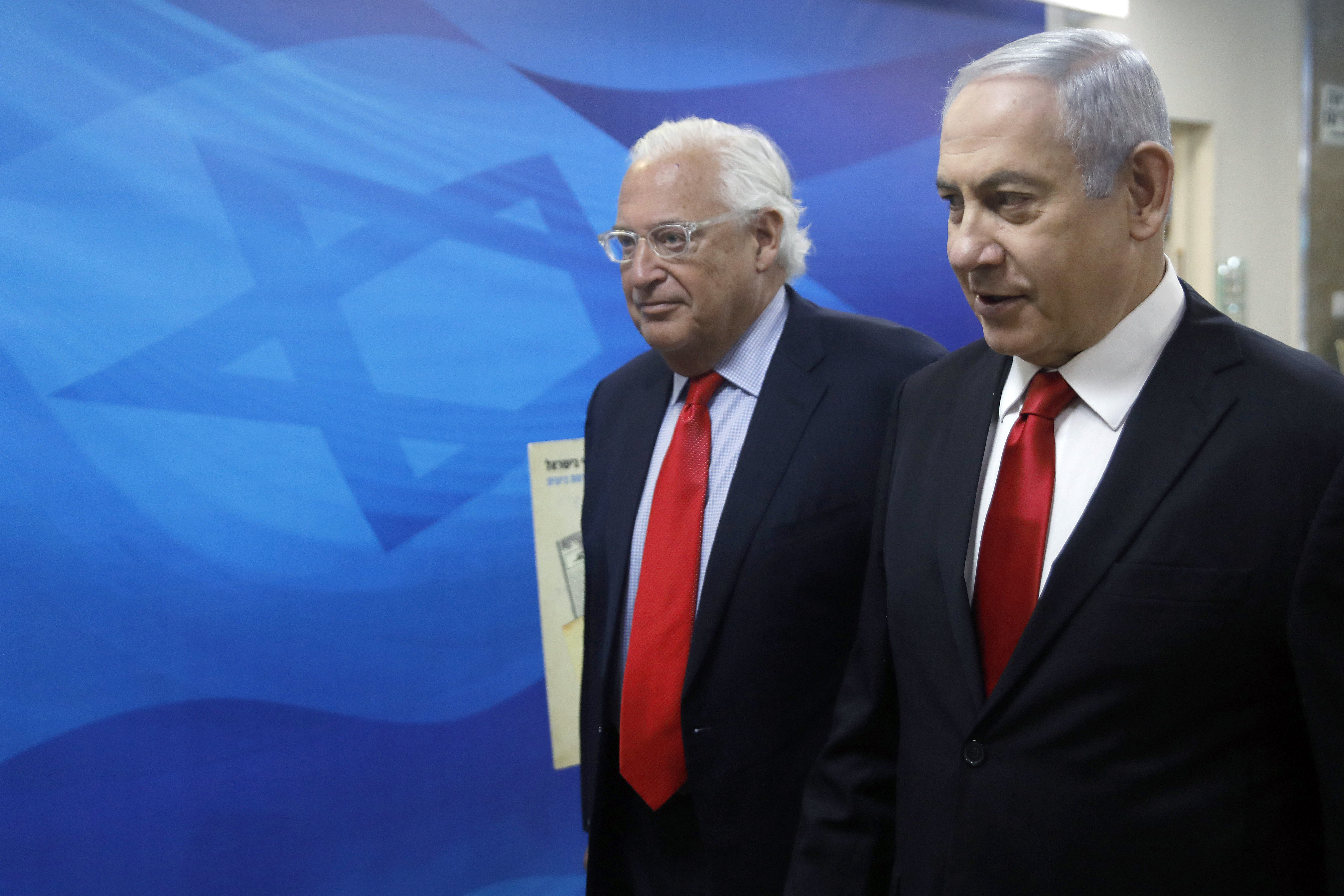 But he was forced to backpedal after the White House made clear it wanted a U.S.-Israeli mapping process - likely to take weeks or more - completed first.

The Palestinians, for their part, have rejected the Trump plan as a non-starter.

With Defense Minister Naftali Bennett and other Israeli ultra-nationalists urging an immediate cabinet vote on sovereignty in the West Bank, the U.S. ambassador intervened. 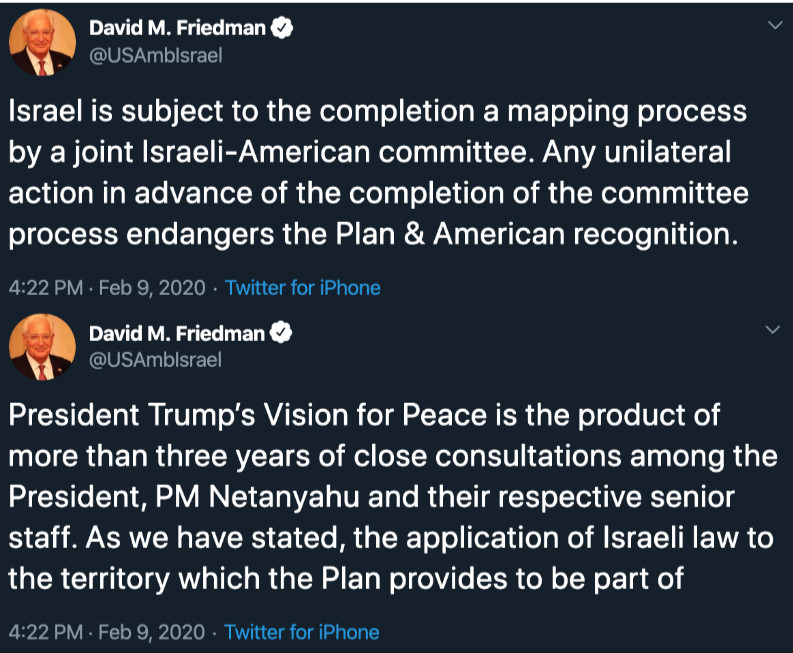 "Israel is subject to the completion (of) a mapping process by a joint Israeli-American committee. Any unilateral action in advance of the completion of the committee process endangers the Plan & American recognition," envoy David Friedman tweeted.

In a separate speech, Friedman elaborated that his message was "a little bit of patience, to go through a process, to do it right, is not something which we think is too much to ask for".