China's inflation up 5.4% in January, caused by holiday and coronavirus outbreak
By Heather Hao 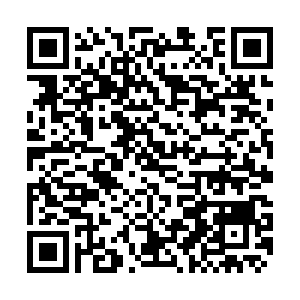 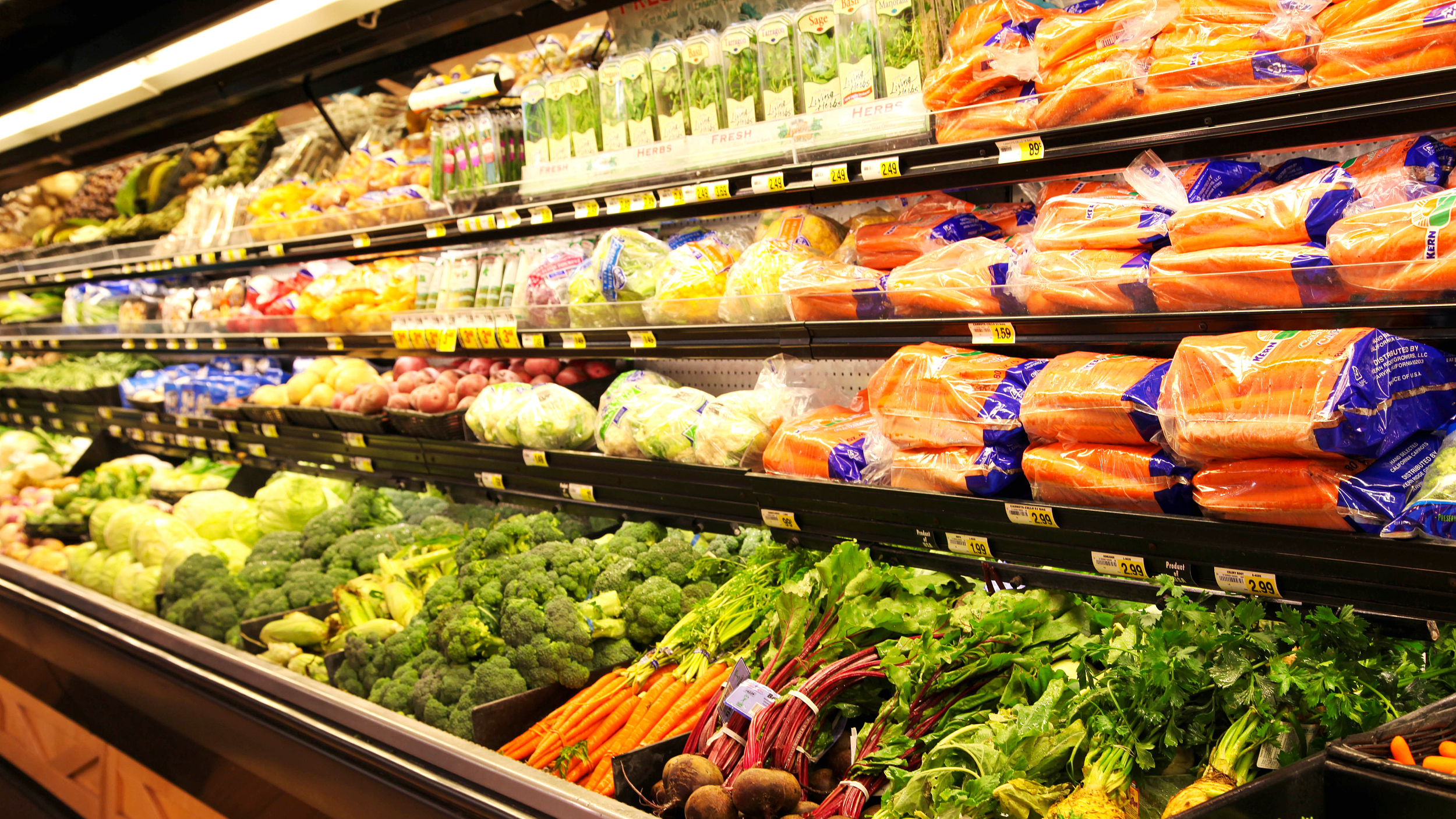 The growth beat the estimate of a 4.9-percent rise by a Reuters poll, and also the same estimate by a Caixin survey of economists.

Among non-food items, prices for health care, education, culture and entertainment, transportation and communications rose by 2.3 percent, 2.2 percent, and 0.9 percent, respectively, due to Spring Festival factors. 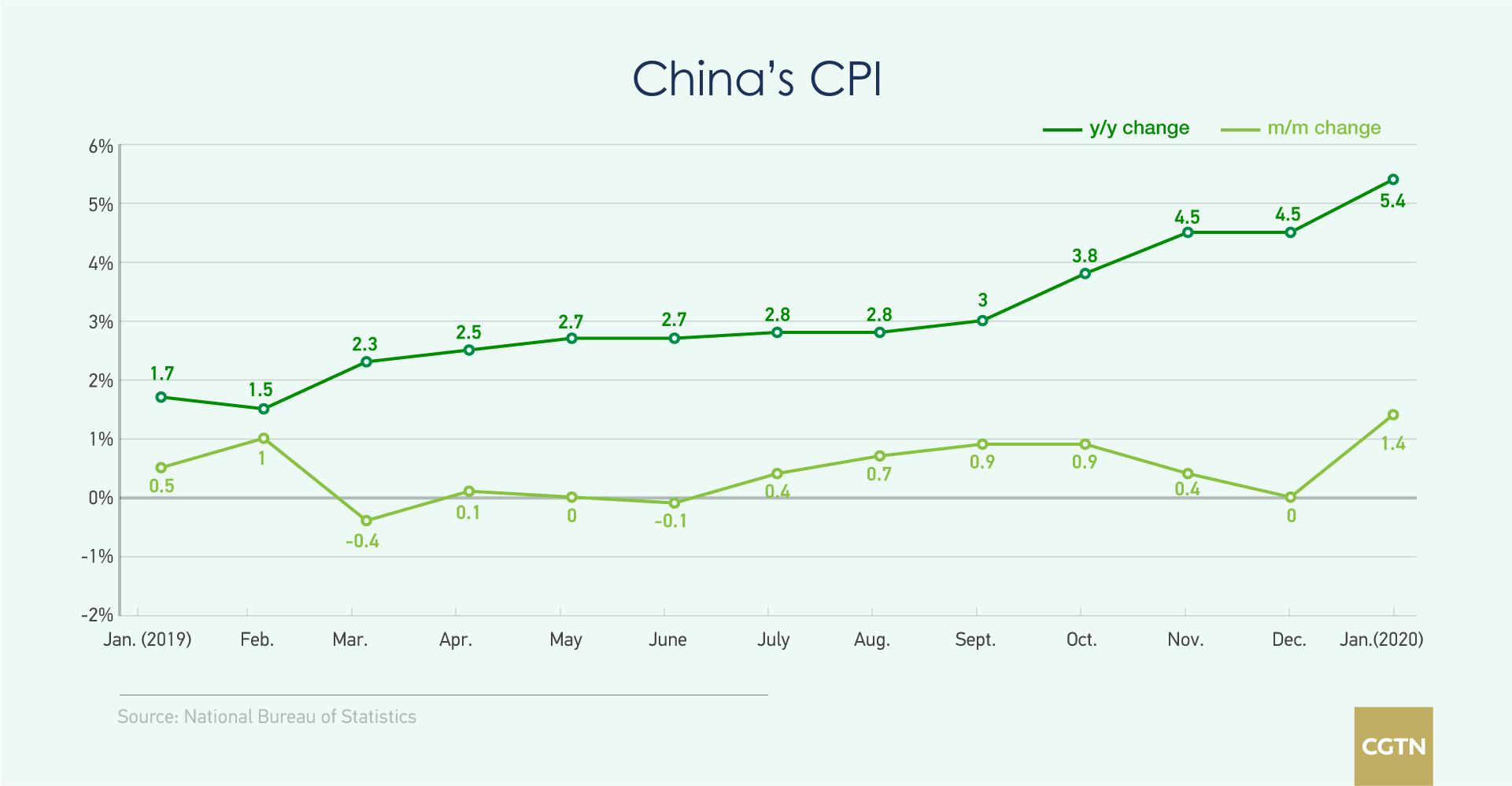 According to the NBS estimates, the carryover effect of price changes last year was about 4.0 percentage points in the 5.4 percent increase of January's CPI, and the impact of new price increases was about 1.4 percentage points, said Dong Lijuan, a senior statistician from the NBS.

In January, the CPI in Hubei Province, the epicenter of the coronavirus outbreak, rose by 1.5 percent month on month and 5.5 percent year on year. The increase was roughly the same as that of the whole country, reflecting the positive results of local market supply and price stabilization with the support of relevant departments, said Dong.

The CPI increased 1.4 percent month-on-month, which was mainly caused by the epidemic, said Dong.

The coronavirus outbreak has brought uncertainties to the price of consumer goods. Data showed that prices in the healthcare sector during the SARS period in 2003 increased sharply year on year, said Lu Zhengwei, chief economist of Industrial Bank in Shanghai.

The surge in January is a result of the temporary expansion of food prices affected by Spring Festival and coronavirus outbreak, coupled with the price increase of refined oil and other services. The CPI is expected to recover to about 4.0 percent in February, and it will continue to move down quickly from the second half of the year, according to Shenwan Hongyuan Securities. 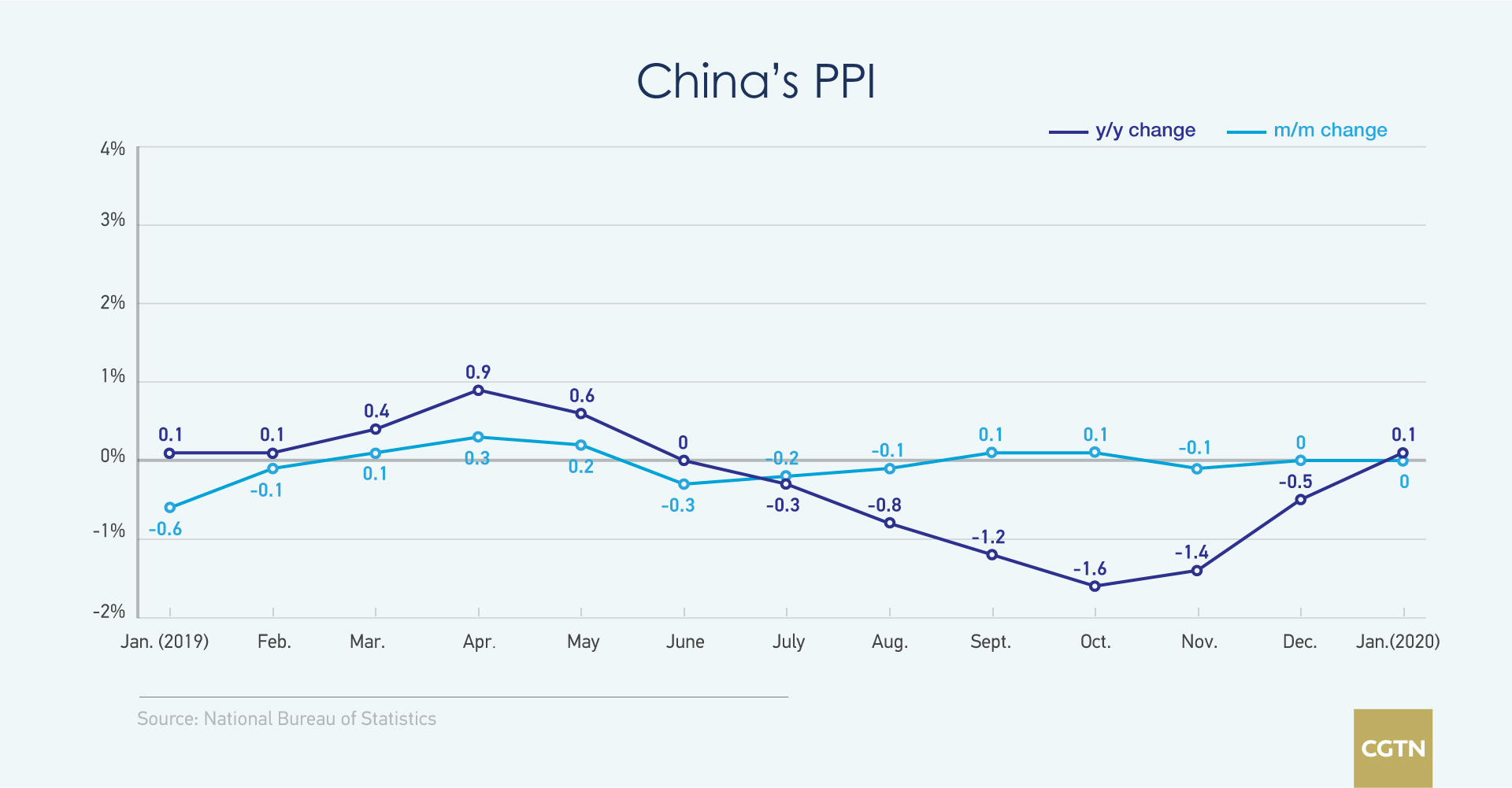 The producer price index (PPI), which measures costs for goods at the factory gate, rose 0.1 percent year on year last month, compared with a 0.5-percent drop in December.

The rise in January reversed the six months of year-on-year decline. Analysts attributed the rise to improving activity in the industrial sector at the end of last year.

Factory prices of production materials decreased 0.4 percent year on year in January, narrowing from the 1.2 percent decline in December, resulting in a 0.27-percentage-point drop of the PPI.

Non-ferrous metals mining and dressing saw producer prices rise 2.4 percent year on year in January, a 1.3-percentage-point increase over a year ago.

The NBS said that the 0.1-percent increase was the carryover effect of last year's price changes.

On a monthly basis, the PPI was unchanged.