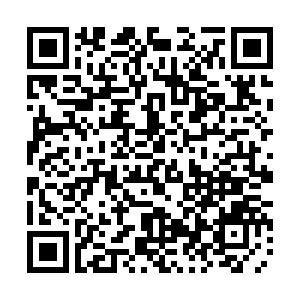 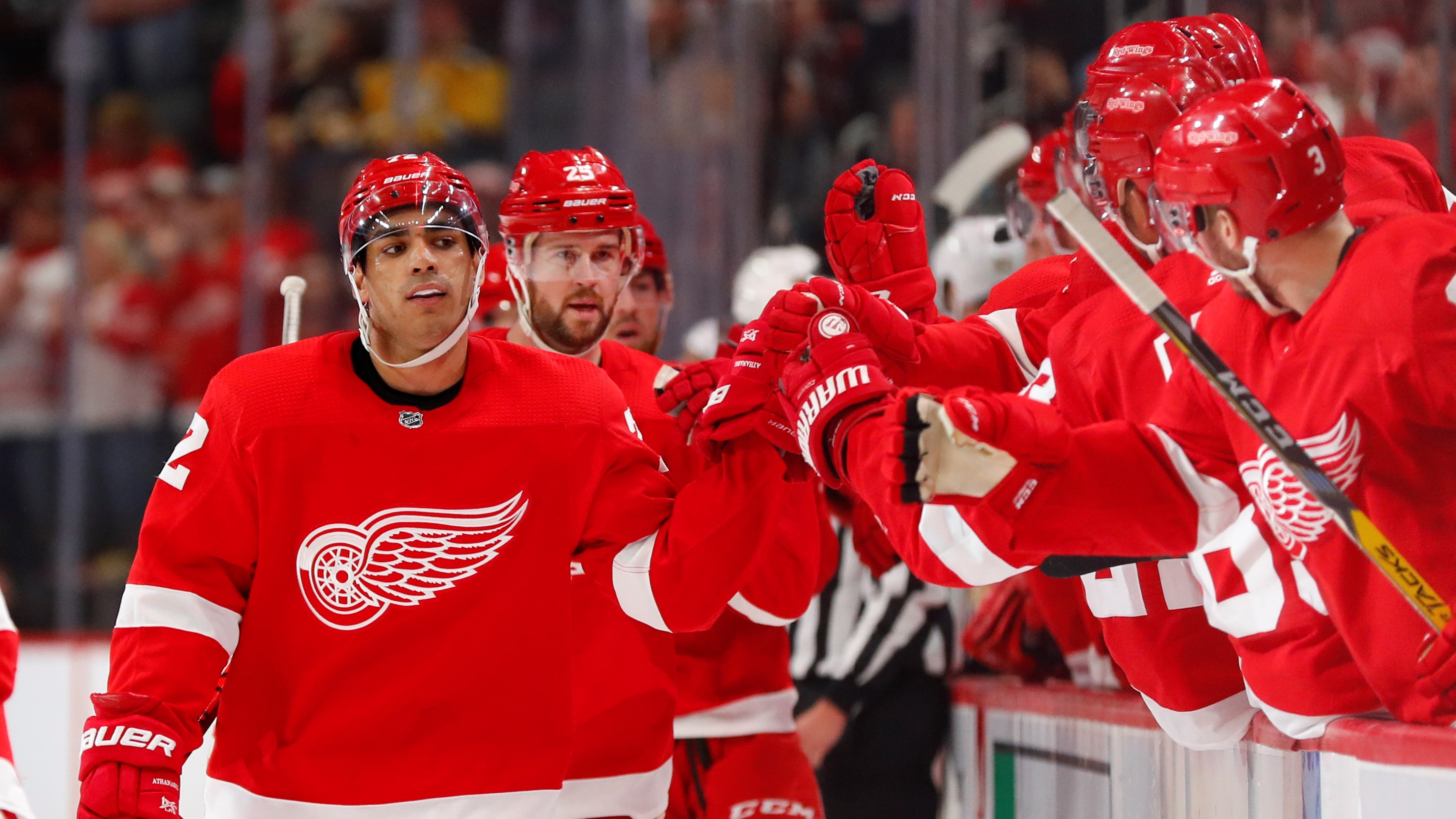 Andreas Athanasiou (L) of the Detroit Red Wings celebrates with his teammates after scoring in the game against the Boston Bruins at the Little Caesars Arena in Detroit, Michigan, February 9, 2020. /AP Photo

Andreas Athanasiou (L) of the Detroit Red Wings celebrates with his teammates after scoring in the game against the Boston Bruins at the Little Caesars Arena in Detroit, Michigan, February 9, 2020. /AP Photo

Andreas Athanasiou snapped a tie midway through the third period and scored an empty-net goal in the final minute, lifting the Detroit Red Wings to a 3-1 win over the Boston Bruins on Sunday.

"When we're playing good hockey and we get good goaltending, we're going to give anybody a hard challenge," Detroit coach Jeff Blashill said. "That's just the way the NHL is. The parity's at an all-time high."

The Red Wings (14-39-4) are looking up at the rest of the NHL in the standings, but the rebuilding team has defeated the league-leading Bruins (34-11-12) in both of their games this season.

"It seems like they get excited to play us," said Torey Krug, who scored Boston's only goal. "For whatever reason, it's a tough matchup for us."

Boston had won six straight until the Red Wings stopped the streak with their second win in three games.

"Give Detroit credit for winning the hockey game, but I don't think they were the better team," Bruins coach Bruce Cassidy.

Detroit had the better goaltender, like it did in the previous meeting.

Jonathan Bernier made 39 saves for the Red Wings. He also started Detroit's win over Boston three months ago.

Boston's Tuuka Rask stopped 17 shots while filling in for Jaroslav Halak, who was dealing with an upper-body injury that flared up Saturday morning.

The Red Wings, who have won five straight against the Bruins dating to last season, beat Boston 4-2 on Nov. 8. They play in Boston on Saturday and again in March.

Athanasiou restored Detroit's lead on a power play. He sealed the victory by scoring again with 29 seconds left after Rask was pulled to give Boston an extra skater.

Detroit took its first lead 2:07 into the second when Perlini skated around defenseman Brandon Carlo and his wrist shot got past Rask's glove.

It was Perlini's first goal in 31 games this season. He was acquired in a trade with Chicago in October.

The Bruins had a goal negated by video review, which determined they were offside before Brad Marchand scored midway through the second.

"I got lucky there, getting that call," Bernier said.

Boston's Patrice Bergeron said it was his fault the goal didn't stand because he didn't get onside before going to the bench.

"It's on me to get off the ice," he said. "I usually get off on the right side of the blue line."

Replay was not needed early in the third when Krug shot into an open net vacated by Bernier, who bit on David Pastrnak's shot fake before he made a cross-crease pass.

Athanasiou scored on a shot that got between Rask's glove and the post 7:10 into the third, putting the Red Wings ahead 2-1. His second goal was his seventh of his injury-shortened season.

"I think confidence matters again and obviously these two goals will be big for him," Blashill said.

Boston's Chris Wagner had an opportunity to tie the game with four-plus minutes left, but he shot wide of an open net.

"Twice our forwards missed wide-open nets," Cassidy said. "You have to put those away in close games or it will come back to cost you in the end."