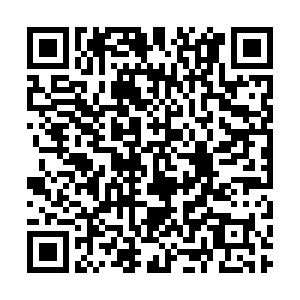 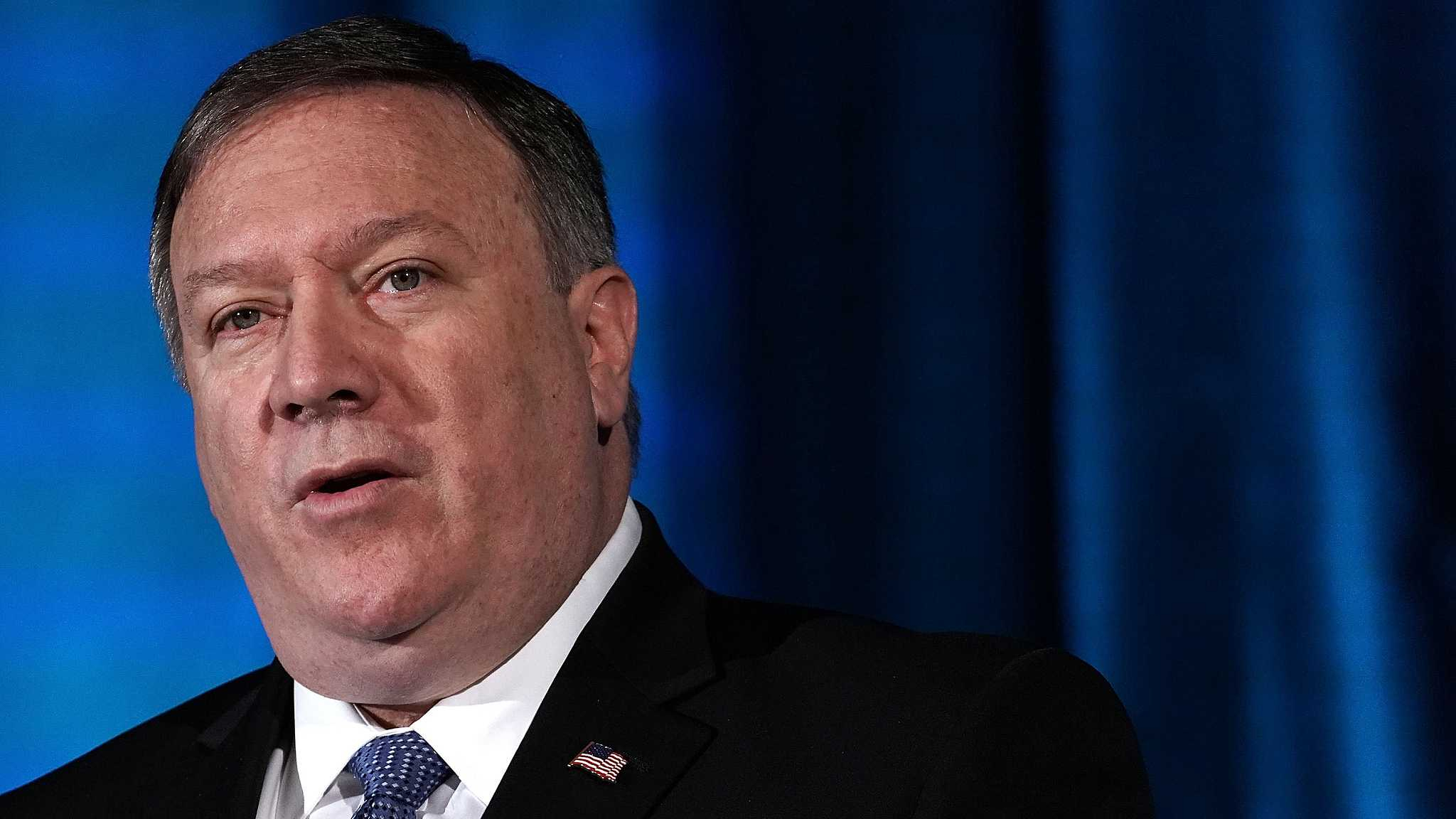 The U.S. Secretary of State deals primarily with issues of foreign policy, requiring a great deal of international travel, but Mike Pompeo is also spending quite a lot of time at home, with the particular goal of warning Americans about the "China threat." Pompeo's campaigning perhaps has other aims as well as he is no doubt considering his options post-Trump administration with his own ambitions at higher office. On February 8, he spoke to the National Governors Association.

In his speech, Pompeo warned the governors about working with China or allowing China to invest in their states. He used the well-worn argument that the West expected China to develop into a Western liberal democracy, but they were disappointed, and China now becomes more authoritarian. He tried to depict a devious, ongoing operation by Chinese intelligence to profile the governors in order to "lure" them into trade deals which would only be beneficial to China. He also warned governors of investing their pension funds or other funds in Chinese firms that may play a role in strengthening the People's Liberation Army, thereby endangering the lives of Americans in any future conflict with China.

And he railed against the Confucius Institutes, naming the universities that had (under intense government pressure) closed down these educational entities. He also tried to convince his listeners that every Chinese representative they may be talking to or working with was a secret operative of the Communist Party of China!

But it's not clear what effect this speech will have on the governors. The failure of President Trump to realize his much-touted infrastructure program combined with the crumbling infrastructure in the U.S., which hits people hardest at the local and state levels, has led most of the states to set up shop in Beijing in order to sell their products and encourage investment of Chinese firms in their states. And, indeed, in places like Michigan, Chinese investment has been a key in reviving the local economy. The city of Detroit, which was virtually a ghost town 10 years ago, has also come back under the influence of Chinese investment. Without cooperation with China, many of the states will be looking at a rather dire situation. And the U.S. government budget put forward on February 10 will not go very far in repairing damage caused by further restrictions on Chinese investment in the states.

It's more than likely that most of the governors, more concerned about the lives and livelihoods of their own populations than the rather vague "admonitions" coming from the secretary of state, or even from the administration as a whole, will not jump on board this campaign. Pompeo brought up the old Reagan slogan, "trust but verify." The governors will no doubt do that. And when they see that their economies grow and their people put to work in win-win deals with Chinese companies, they will no doubt place their "trust" in what they see rather than in the dark forebodings of an overambitious candidate for higher office. 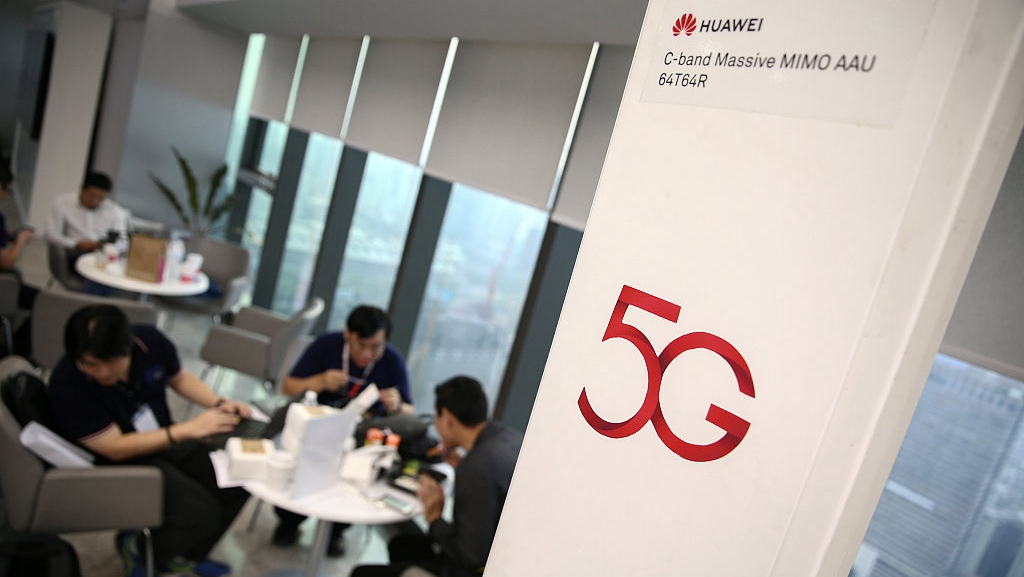 But the intensity of this anti-China campaign is rather disconcerting since Pompeo is not the only administration official pushing it. Now that we have reached a phase one agreement with China on trade, should we not allow the "market" to do its work? Or is the China-bashing a surreptitious means of continuing a "trade war" by creating distrust in our Chinese counterpart?

On February 6, another administration official, William Barr, the attorney general, also gave strident public warnings about Chinese investment at a forum hosted by the Center for Strategic and International Studies. He was a key speaker at an event together with Christopher Wray, head of the FBI and several U.S. attorneys who are involved in the "China Initiative," a Department of Justice operation aimed at ferreting out Chinese "spies."

Barr concentrated his remarks on alleged Chinese technology theft, making the rather flimsy argument that Chinese development could not have occurred through the creativity of Chinese scientists and engineers because you can't have creativity without Western-style democracy. Therefore, the reasons, Chinese technological prowess must have depended on stealing the technology from us.  And Barr focused his concern on Huawei and its development of 5G. But Barr clearly expressed that the U.S. would take a long time in developing an equally viable 5G network. But, if that is the case, they certainly couldn't have stolen their 5G system from us!  Maybe there is creativity at work in China as well, Mr. Attorney General.

Because of the length of time, it would take for the U.S. to get up and running a 5G system that they could offer countries as an alternative to Huawei, Barr proposes that the U.S. government "partner" with Sweden's Ericsson or Finland's Nokia, the only "Western" companies that have a somewhat developed 5G system. Yet, it's not quite sure that these countries would be interested in partnering with an American" Big Brother." Sweden, at any rate, seems rather want to work with Huawei on 5G. But even Barr's colleagues in the administration have drawn back in horror at Barr's consideration of a "less-than-free-market" alternative in 5G development.

The "China-bashing," however, seems to be a whole-of-government operation in spite of the fact that the president has refused to join in. But between his initial launching of the trade war and his conciliatory comments about his friendship with President Xi Jinping, it is hard to figure where he will ultimately land. It is clear, however, that the only solution to resolving America's major problems is in collaboration rather than confrontation with China. And the sooner our "political class" realizes that the sooner we can make America a bit greater than it is at the moment.