Singapore Airshow to proceed as planned, but with reduced attendance and fewer exhibitors
By Aliyah Sahni 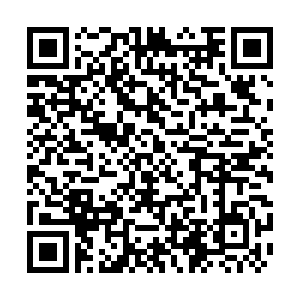 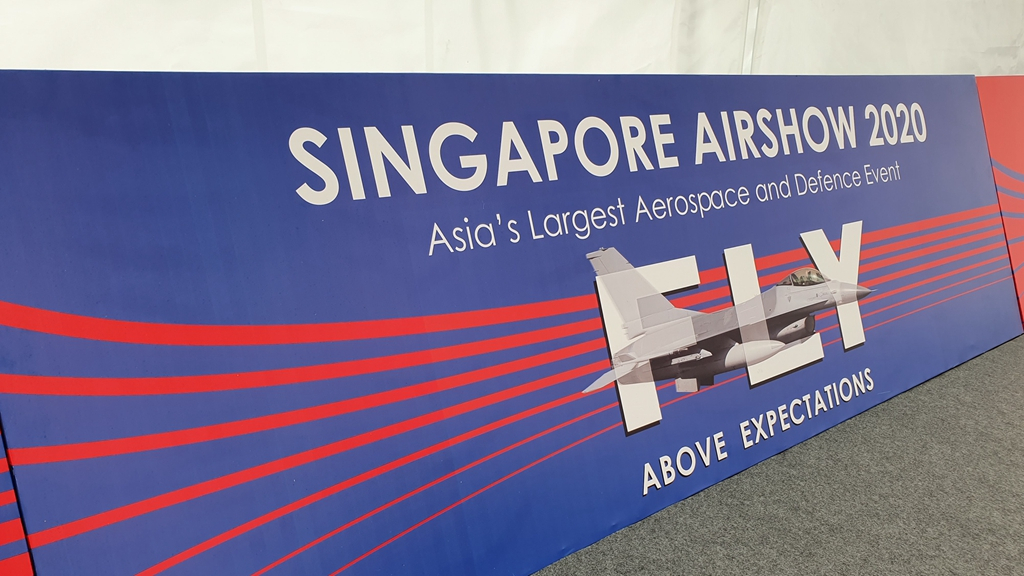 Asia's largest aerospace and defense event, the biennial Singapore Airshow, is back this year, but under the shadow of the novel coronavirus outbreak and with fewer exhibitors and attendees.

The virus outbreak, and the travel restrictions imposed thereafter, have resulted in over 70 participants pulling out from the event. The withdrawals would amount to about 8 percent of the total number of firms that had originally signed up.

"The actual attendance now, because of the situation, is about less than eight percent reduction in this edition. So, the static aircraft, I think we are going to see close to 40 to 45 of them. Yes, it is a reduction from what we saw previously, probably about 10 to 15 assets less than 2018," he said.

Addressing the media over the weekend, Leck emphasized that more than 930 companies from over 45 regions and countries have decided to continue their participation. He added that they are expecting about 45,000 trade attendees to visit the 18 country and group pavilions at the show. 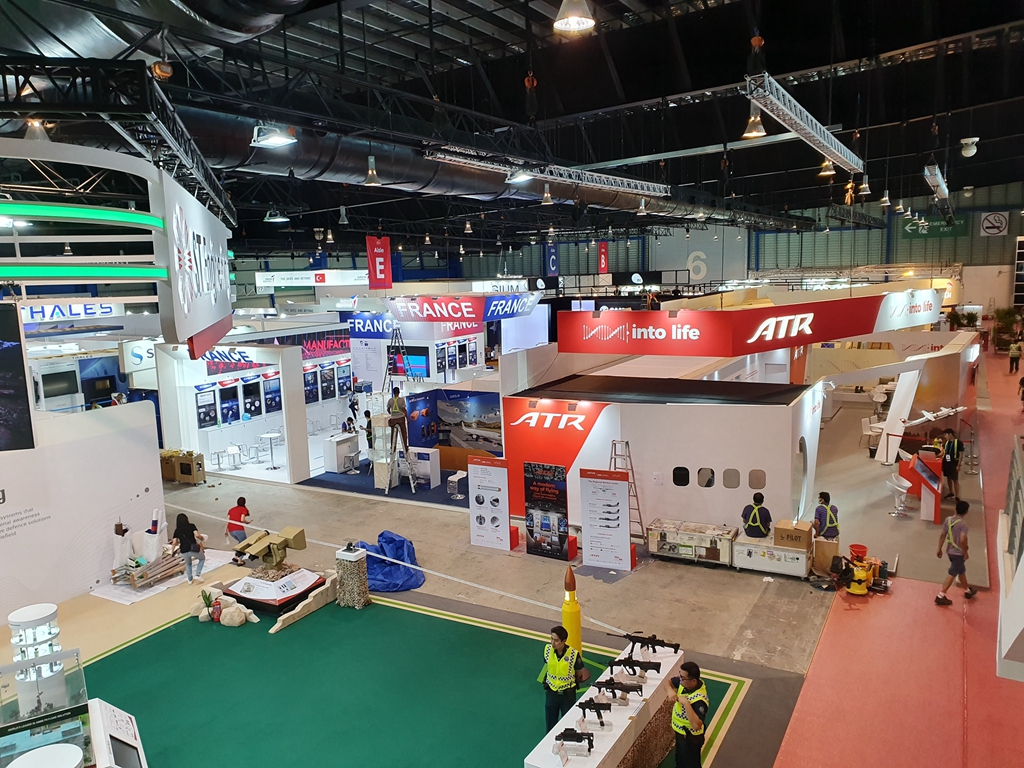 Key industry players like ATR, Airbus, Boeing, Pratt & Whitney, Rolls-Royce and Thales have decided to continue their participation and are expected to have a strong presence at the event.

"We see participants; we see exhibitors; we see trade visitors, who are making their way here on their own accord. That's how we see there is value in it; we just need to balance. We are taking all the measures mentioned to make sure we take care of their wellbeing," said Leck.

Experia said they are planning to sell "less than half" the number of tickets this year compared to 2018.

Controlling the number of visitors on public days (February 15 and 16) is among the measures being undertaken at the event. Other precautionary measures include enhanced cleaning and refuse management, making hand sanitizers available, temperature screening at entry points and seat tagging at all seated events.

The organizers are also encouraging a 'no-contact' policy and asking attendees to adopt alternative greetings like a head bow or a hand wave.

Singapore has already confirmed 43 cases of the coronavirus, and numbers are likely to rise in the coming days. With a recent increase in local transmissions, the government raised the country's outbreak alert level from yellow to orange last week. It is important to note that the level was also orange during the SARS outbreak in 2003. 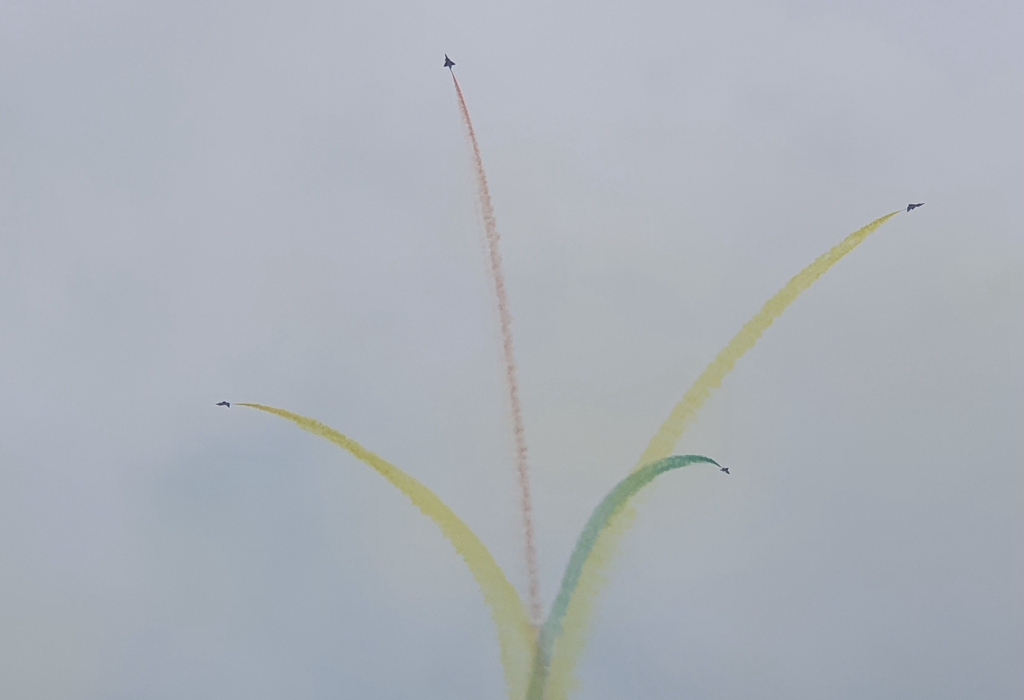 While all of the Chinese companies have had to withdraw from the show due to travel restrictions, the country is not without representation. Making their Singapore Airshow debut, the People's Liberation Army Air Force (PLAAF) aerobatics team, Ba Yi, will be showcasing their skills at the crowd-favorite aerial display.

When asked why the announcement regarding Ba Yi's participation was withheld until closer to the event, Leck said, "They (the Ba Yi team) have taken all necessary precautions in line with the guidelines that you are seeing here in Singapore. Their participation was surfaced up to the relevant government authorities, and upon careful consideration and medical assessment, it was decided that they will continue to participate in Singapore Airshow 2020."

Other first-timers to the airshow are a United States Marine Corps' F-35B Joint Strike Fighter and a United States Pacific Air Forces' F-22 Raptor. The remaining lineup includes, "the Republic of Singapore Air Force's aerial display team comprising an F-15SG fighter jet and two AH-64D attack helicopters, and a flyover by the United States Air Force's B-52 Stratofortress on February 15. 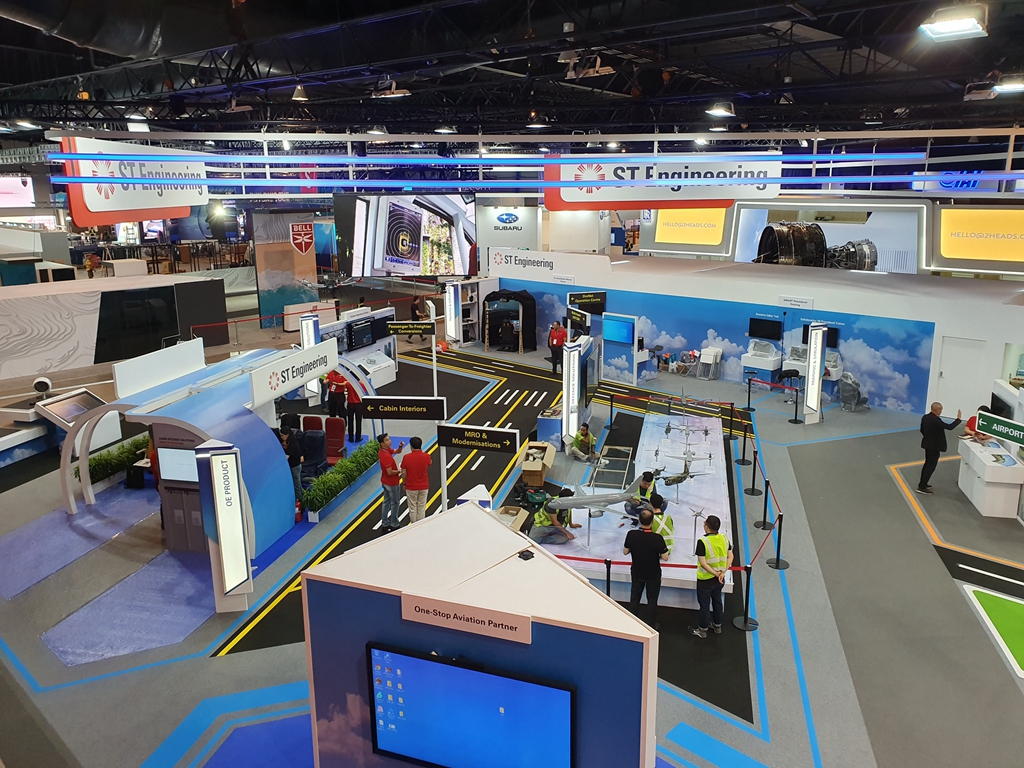 Exhibitors involved in last-minute preparations at the Singapore Airshow

Exhibitors involved in last-minute preparations at the Singapore Airshow

Another key crowd-puller at the Airshow is the static display of aircraft – both civil and military, that allows the public to get up close and personal with their favorite flying machines.

On display in the Asia Pacific for the first time is Dassault's business aviation aircraft, the Falcon 6X. Embraer has chosen the Airshow as a platform to showcase its newest and largest E-2 aircraft, the E192-E2, for the first time in Southeast Asia. Equipped with new-generation engines, 4th generation fly-by-wire technology and unique high-aspect-ratio wings, the E195-E2 delivers a 17.3 percent fuel burn reduction, making it the most environmentally friendly aircraft in its segment.

As per the official press release, technology and innovation will continue to take center stage at Singapore Airshow 2020, which will present advances in areas ranging from electric, hybrid and unmanned aircraft to data analytics, AI and the digitalization of MRO services.

In support of the global movement toward mitigating the effects of climate change, the Singapore Airshow will be held under a fully solar-paneled roof for the first time in its history. The over 15,000 solar panels installed on the roof of the Changi Exhibition Centre produce almost 8,000 megawatt hours of power annually.

The Singapore Airshow is scheduled to be held between February 11 and 16, with February 11 to 14 being trading days and February 15 and 16 being open to the general public.