The road back to Hubei: Truck driver describes long journey still not over
By Liu Yang, Mark Fontes 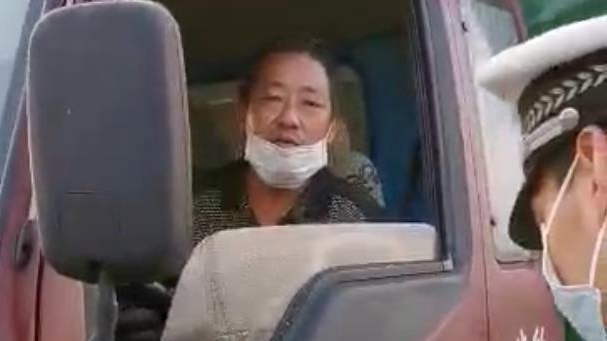 It was the Chinese New Year holiday that was long, but not necessarily happy.

Xiao Hongbing, a truck driver from China's Hubei Province, hasn't been able to return to his hometown there, Tian Men, since he left on January 7.  It lies about 141 kilometers (88 miles) from Wuhan, the epicenter of the novel coronavirus outbreak.

For him, home is still an unreachable destination, at least for now.

"People see my license plates, that I come from Hubei, and get scared," Xiao said.

Hoping to earn money for his child's tuition, Xiao drove a full truck of goods to other provinces right before the Chinese Spring Festival, which started on January 25.

His plan was to return to Tian Men just in time to celebrate the week-long holiday with his family.

However, as the coronavirus epidemic worsened, many cities in Hubei, including his own, enacted travel restrictions.

Tian Men police advised Xiao not to travel to any part of Hubei for the time being, especially given his good health.

So he drove for miles, in deep thought and with no destination. Xiao tried to get off the highway in other cities, but as the epidemic intensified, that option disappeared.

On January 25, with hundreds of millions of families together indoors and celebrating, the loving husband and father spent the day alone in his truck.

Exhausted, yet unable to get off the highway, he parked in an emergency lane in Hanzhong, Shaanxi Province, and fell asleep.

A local police officer later found him during a routine patrol of the area.

"I told the officer I am so tired, I am so tired!" Xiao recalled. "I had been driving for three days, there was nowhere to go."

To ensure his safety, police took his temperature, disinfected the truck, and provided food, water and masks for him.

Officers also helped get him a hotel room in the area.

Xiao said it certainly wasn't the same as being with loved ones – but a newfound comfort and a big jump from sleeping on the side of the road, far from home.

"They told me 'the only thing we can do now is help each other,'" Xiao said of the officers who helped him. "I was so thankful to the Hanzhong police... their compassion was wonderful!"

Xiao said despite work stoppages across China, he's trying to earn at least 20,000 yuan (over 3,000 U.S. dollars) before September, when his son heads back to school.

In the meantime he said he looks forward to the day the epidemic ends, so he can go home.