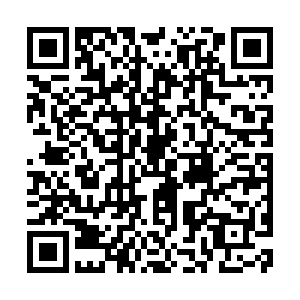 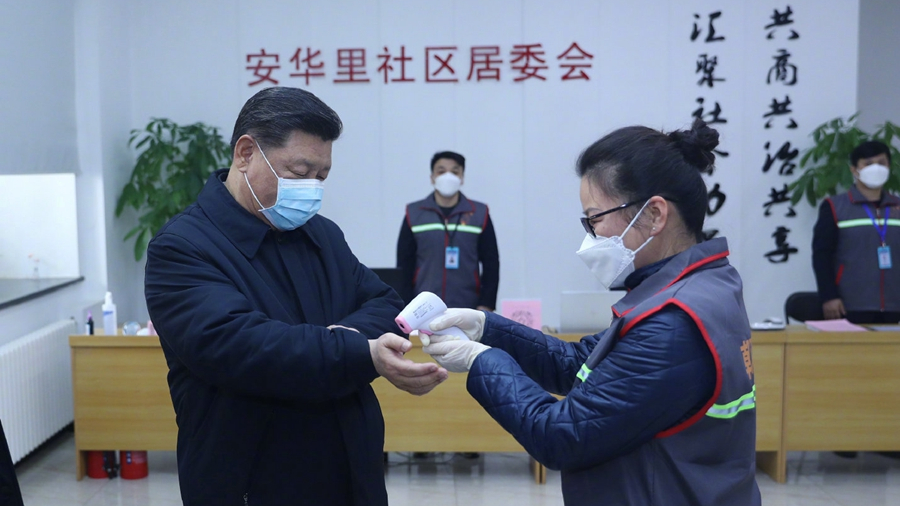 Chinese President Xi called on all levels of government to carry out the prevention work with firmer confidence, stronger resolve and more decisive measures and to win this people's war against the disease.

Xi, also general secretary of the Communist Party of China Central Committee, made the remarks on Monday when inspecting the novel coronavirus pneumonia prevention and control work in Beijing.

He visited a community in Chaoyang District to learn about the epidemic prevention and control work as well as the supply of daily necessities for residents.

Community is the front line in outbreak prevention and control, Xi said, urging community workers to use effective measures to cut off channels where the epidemic can spread.

Noting the outbreak situation is still challenging, Xi called on all levels of government to carry out the prevention work with firmer confidence, stronger resolve and more decisive measures and to win this people's war against the disease. 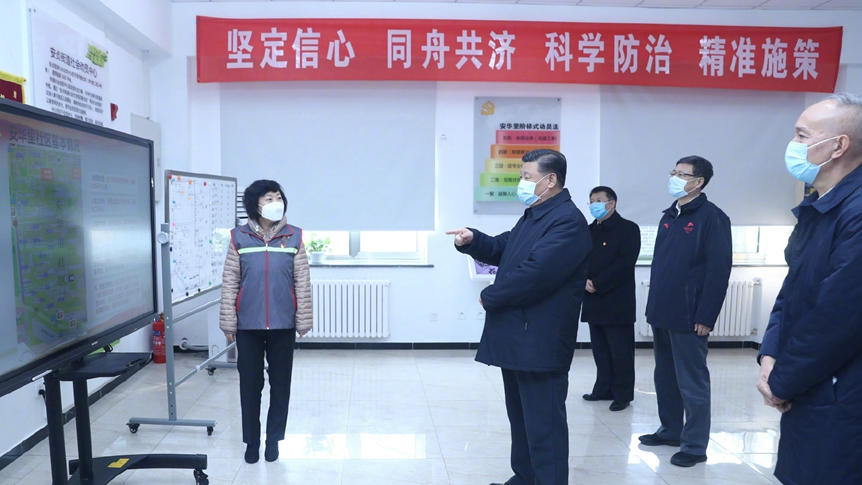 He also inspected Beijing Ditan Hospital, designated for treating the novel coronavirus, and the Center for Disease Control and Prevention in the Chaoyang District on Monday afternoon.

Xi learned about the treatment of infected patients and made video calls to hospitals in Wuhan that are receiving patients in severe condition. He also heard reports from the central guiding team in Hubei Province and the provincial headquarters on the prevention and control of the epidemic, and extended regards to medical workers on the front line. 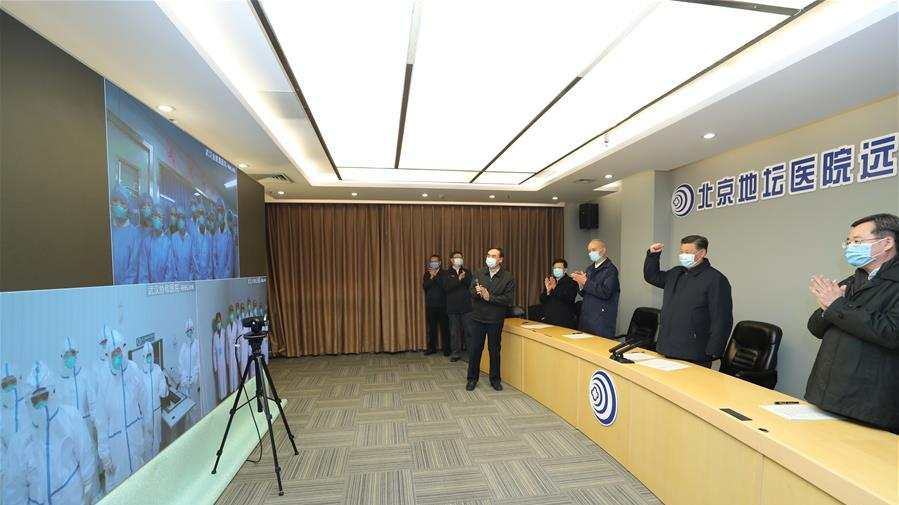 In the video calls with hospitals in Wuhan, Xi stressed that the whole nation is standing with Hubei residents, calling on joint efforts and full confidence in the fight.

He appreciated medical workers who fight at the front line for their devotion and all-out efforts and encouraged them to keep fighting and go through the difficult time with joint endeavor.

Xi urged makeshift hospitals to play more important roles so as to ensure no patient is left unattended, adding that the treatment plan should also be timely optimized.

Still, the president emphasized enhancing social regulation and governance when facing problems that rise from the prevention work, and called for timely response to major social concerns as well as keeping information open and transparent to the public. 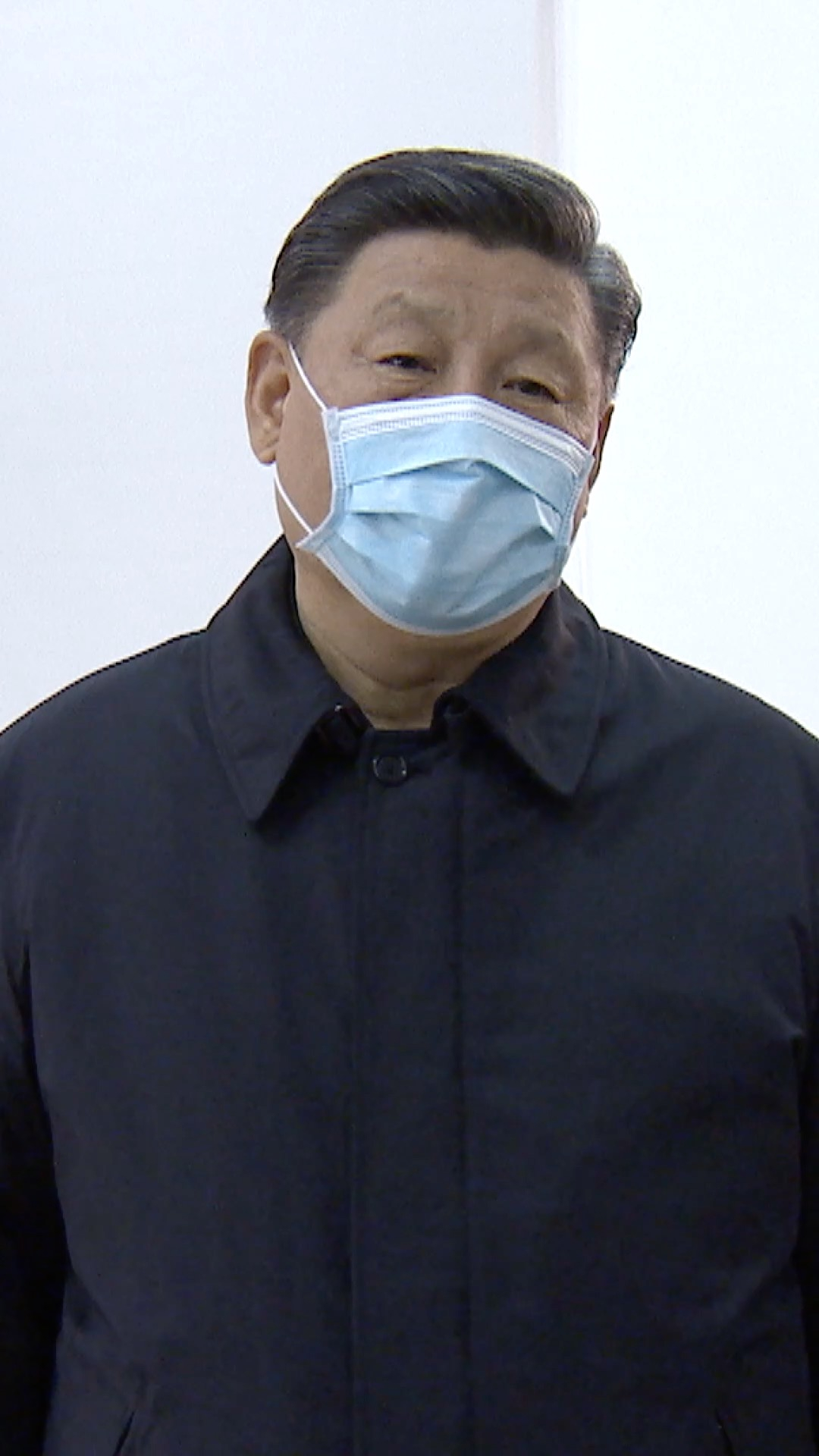 Xi then went to the Center for Disease Control and Prevention in the Chaoyang District, where he learned about the district's emergency response, epidemiological investigation and screening report efforts, and the city's overall epidemic prevention and control work.

Calling Wuhan and the whole Hubei Province as the priority of the prevention work, Xi said the mobilization of resources should prioritize the key areas under the country's unified dispatch system.

Regarding illegal actions such as inflating prices and selling fake and inferior products, Xi said this behavior should be severely punished.

The president stressed that the impact of the outbreak on China's economy will be temporary, the sound momentum of China's economic development remains unchanged.

He called on all sectors to minimize the impact the disease has had on the economy and to meet this year's economic and social development goals with all their might.