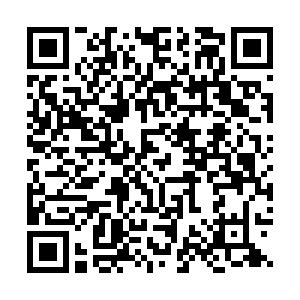 It wasn't supposed to be this way for Joe Biden.

When the former U.S. vice president threw his hat into the ring to be the Democratic nominee for president he didn't foresee launching attack ads against a little-known 38-year-old former mayor on the eve of the first 2020 primary, which is held in New Hampshire on Tuesday.

He planned to be above the fray, the inevitable candidate, the best contender to beat Donald Trump in November. With decades of experience as a senator, two-terms as vice president and broad popularity, his calling card was electability.

But after moderate fundraising efforts, underwhelming debate performances and a weak fourth place finish in the Iowa caucuses, the 77-year-old is on the back foot. 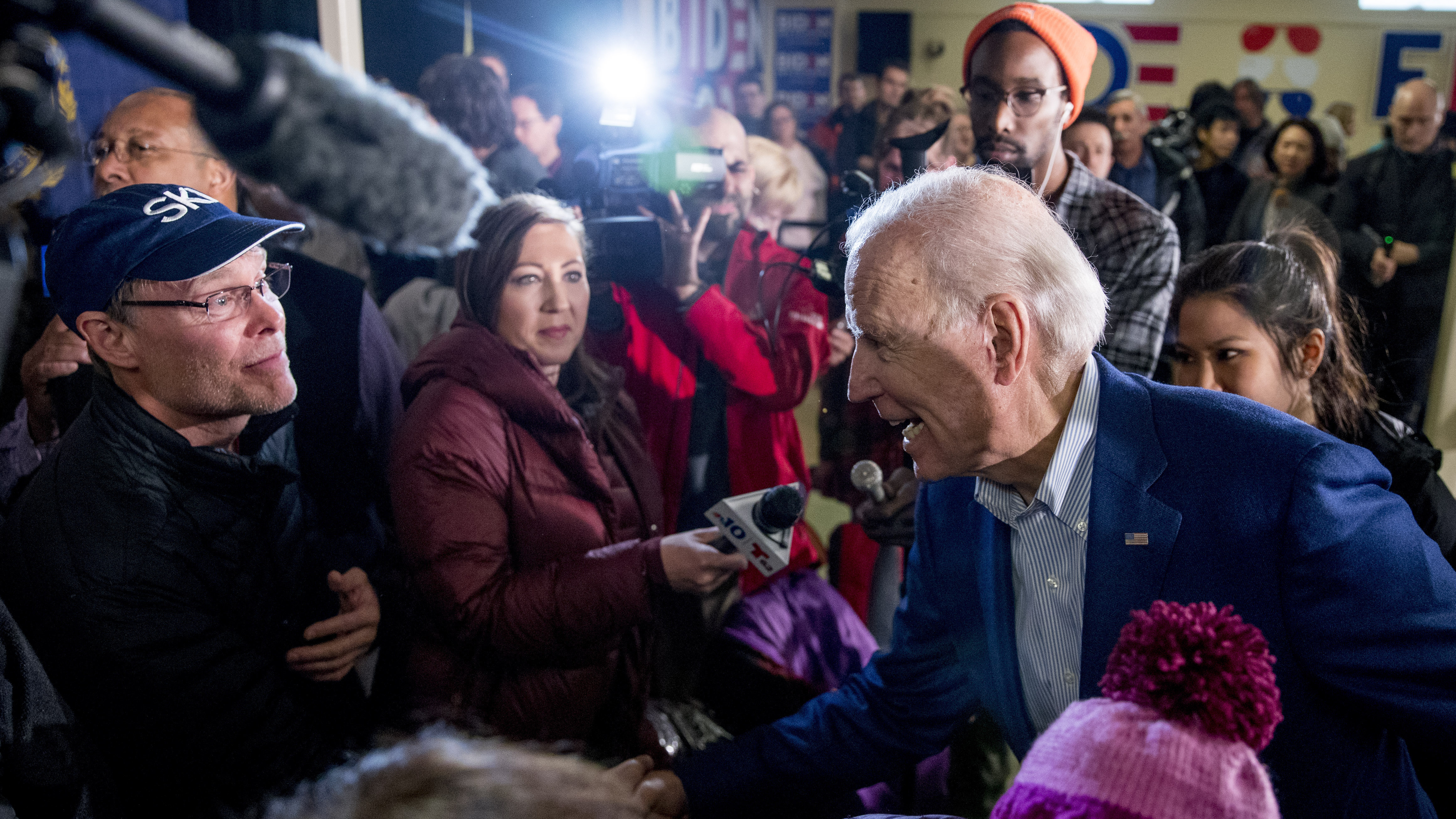 Biden kicked off the primetime debate in Manchester, New Hampshire on Friday with a downbeat concession: "I took a hit in Iowa and I'll probably take one here." Months earlier, he had predicted he could win the Granite State.

The battle for Biden is now to avoid a fourth or even fifth place finish in a state where polls have suggested up to half of voters are undecided.

The man who won the most votes on the first and second counts in the Iowa caucuses, Vermont Senator Bernie Sanders, and the winner of the most delegates, former South Bend, Indiana Mayor Pete Buttigieg, are also leading the pack in New Hampshire, according to the latest polls.

A WBZ/Boston Globe/Suffolk University tracking poll conducted after Friday's debate put Sanders on 27 percent, Buttigieg on 19 and Klobuchar on 14, with Warren and Biden tied on 12 each.

New Hampshire isn't make-or-break for the former vice president – as it probably is for Klobuchar, who is surging in the polls after a strong debate performance – but another finish outside the top three would severely dent his electability claim and further stall his momentum heading into the more favorable states of Nevada and South Carolina.

No one has ever won the Democratic nomination after failing to finish in the top two in either Iowa or New Hampshire.

Biden has increasingly referenced his support among non-white voters, telling CBS on Monday "no one has ever won the nomination as a Democrat without getting overwhelming support from the Latino community and the African American community. And we're just getting to the game here."

And the tactics for Biden have now changed. He's running negative ads against Buttigieg's experience and hitting out at Sanders with warnings that he will have a tough time beating Trump with the label "Democratic Socialist." 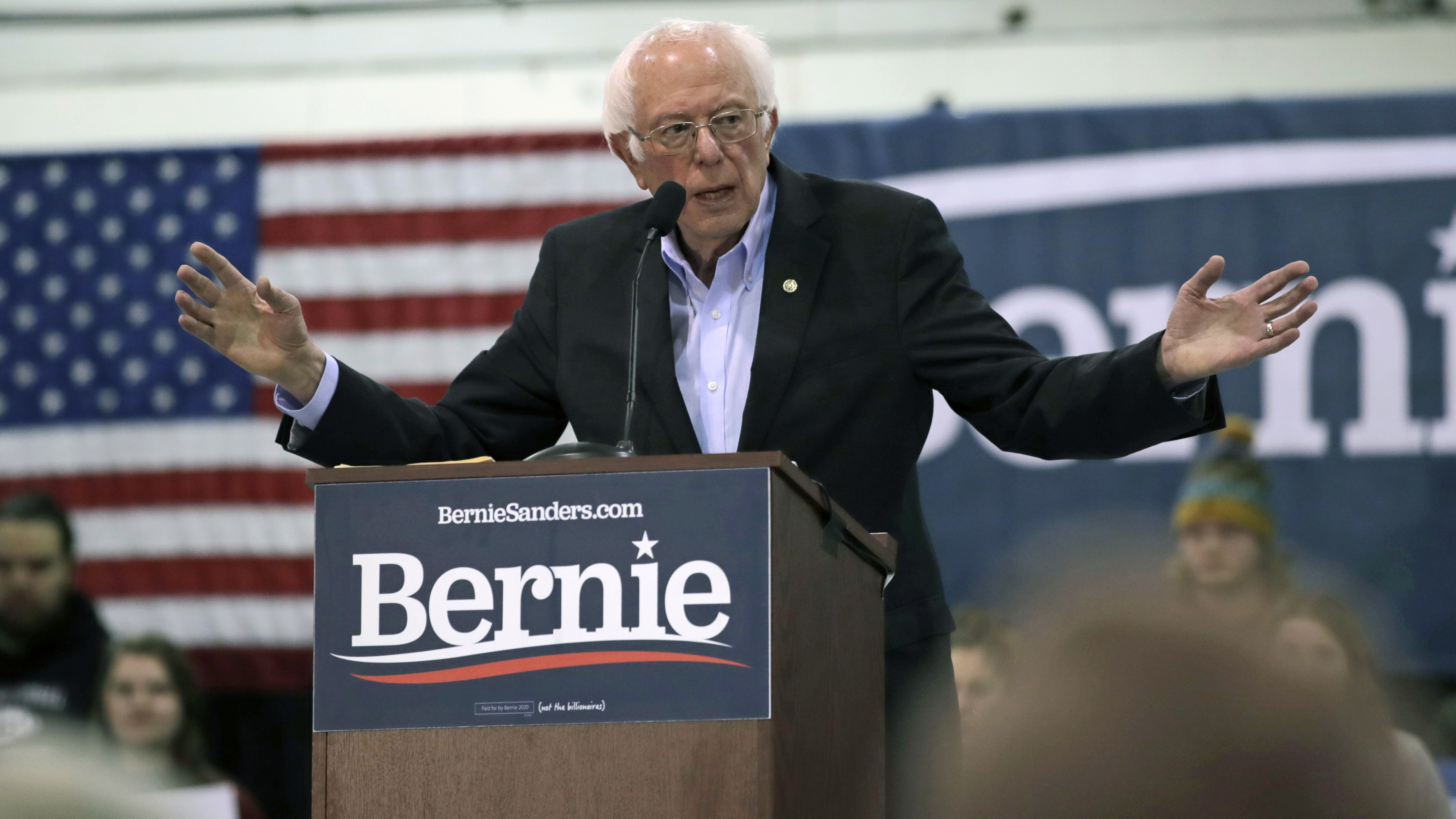 Sanders, who on Monday held a rally with The Strokes and superstar Congresswoman Alexandria Ocasio-Cortez, won 60 percent of the vote in the two-horse race with Hillary Clinton in the 2016 primary – there's pressure on him to hit at least 30 percent on Tuesday to show he can attract broad support in a multi-candidate field.

The Vermont senator is also tussling more personally with Buttigieg, who he chides for accepting donations from "40 billionaires." Buttigieg in turn questions the affordability of Sanders' Medicare for All plan, which his opponent refuses to put a price on, and his ability to unite the party.

Businessman Michael Bloomberg is not competing in New Hampshire and fellow billionaire Tom Steyer is focusing his efforts in Nevada and South Carolina, where he is polling second, but Tuesday's vote could be the end of the road for some lower tier candidates.

Andrew Yang disappointed in Iowa and will hope for better in New Hampshire, where he is polling in sixth, while Tulsi Gabbard, Michael Bennet and Deval Patrick will struggle to continue without some indication of support.

Biden is also in need of a foothold. He was the big loser in Iowa, and the pressure is on to arrest the decline on Tuesday. But his campaign is also lowering expectations and stressing the importance of diverse states like South Carolina, where he holds a strong polling lead at present.

Adviser Symone Sanders told CNN on Monday that the Biden campaign would continue no matter the result in New Hampshire, adding "it would be a mistake for the media to try to count Joe Biden out before other folks in this party have had their chance to have their say in this race."