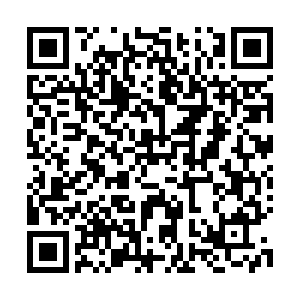 The spokesperson of the Permanent Mission of China to the United Nations on Monday expressed discontent and concern over the leak of a confidential UN report on the Democratic People's Republic of Korea (DPRK).

China has noticed that the 2019 annual report drafted by the Panel of Experts of the UN Security Council's 1718 Sanctions Committee (sanctions committee on the DPRK) has been leaked to the media and caused untrue reports and groundless accusations against China, the spokesperson said, urging the UN Secretariat to look into the matter.

The 1718 Sanctions Committee was established in 2006 by Resolution 1718 in response to the DPRK's first nuclear test and other nuclear proliferation activities.

A Reuters story on Monday said Pyongyang continued to enhance its nuclear and ballistic programs last year in breach of UN sanctions, citing the leaked report.

The Chinese spokesperson called for "comprehensive, complete and accurate" implementation of the Security Council resolutions on the DPRK, stressing that sanctions are just a means to an end, not an end in itself.

The resolutions also required promoting political settlement to the Korean Peninsula issue and made it clear that the sanctions are not intended to damage the humanitarian situation of the DPRK's civilians, the spokesperson said.

China and Russia jointly put forward a draft resolution on the political settlement of the peninsula issue to the Security Council late last year, proposing lifting some of the sanctions on the DPRK in light of the country's compliance with relevant resolutions, the spokesperson noted.

China believes that the Security Council should take action and invoke the reversible provisions in the DPRK-related resolutions, the spokesperson stressed, calling for adjustments to sanctions measures prescribed in those resolutions, especially in areas where the DPRK people's livelihood is at stake.

China always seriously fulfills its international obligations on issues regarding the Security Council resolutions on the DPRK, the spokesperson said, adding that China has suffered huge losses and has been under huge pressure by implementing the sanctions.

Beijing will stay committed to promoting the political settlement of the peninsula issue and continue to play an active and constructive role in promoting denuclearization of the peninsula and long-term peace and stability in the region, the spokesperson said.