Economists: No need to worry about virus-induced inflation spike for now
By Teoh El Sen and Chen Tong 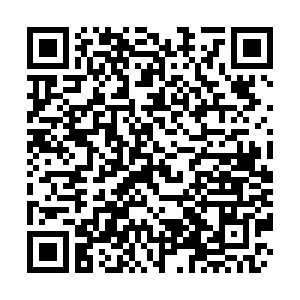 The demand for food items in one supermarket in downtown Shanghai has been rising rapidly in recent weeks due to the novel coronavirus pneumonia. Staff are now restocking the shelves four or five times a day to keep up with the demand.

But food prices have still not seen much change, according to Hema (Alibaba's offline chain stores that sell fresh vegetables, meat and such) Shanghai. "Demand for pork and vegetables is up three or four times over what it normally is. We signed our purchasing contracts with suppliers before Spring Festival, so the food prices so far have been stable," said store manager Zhou Xiao.

Such a hike in demand is a scenario that is widespread across China as its people increased buying essentials as the country grapples with the coronavirus outbreak. This has contributed to a sharp spike in China's inflation numbers for last month, with the consumer-price index at 5.4 percent year on year in January, the fastest since 2011.

But economists have so far staved off notions of a more serious long-term slowdown of the Chinese and global economy.

Qu is optimistic that the worse case scenario would be "four months at most," taking into account other large-scale tragedies, including 2003 SARS outbreak and 2008 Sichuan earthquake. He's also confident of the Chinese government's current measures aimed at mitigating the spread and impact of the epidemic, and the central bank's monetary policy toolbox.

Consumer prices in the beginning of the year are usually higher because of Spring Festival. But the coronavirus epidemic is now creating more price challenges on the supply side. Just how consumer inflation will develop over the next several months highly depends on how the coronavirus situation eases.

While food costs may drive up the index, sluggish demand in sectors like tourism and entertainment could offset that. Industry insiders say production and transportation changes forced by the need to combat the coronavirus could end up pushing consumer inflation in very different directions in different consumption categories.

"Prices of some household items could increase as a result of traffic controls and delayed production. But on the other hand, demand in tourism and hospitality are declining, which will push down the prices for these services," said Liu Xuezhi, senior analyst at the Bank of Communications.

Experts still expect the 2020 CPI target to remain at three percent, set in 2019. However, this year's government target is expected to be set during the Two Sessions (China's top annual political event) next month.