Number of daily new confirmed coronavirus cases in China down by 48.2% since February 4
CGTN 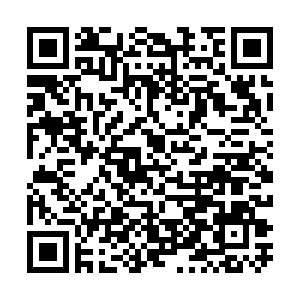 The number of daily new confirmed novel coronavirus cases in China has seen a 48.2 percent decrease between February 4 and 11, an official of the National Health Commission (NHC) said at a press conference in Beijing on Wednesday.

A total of 2,015 new confirmed cases were reported on Tuesday from 31 provincial-level regions and the Xinjiang Production and Construction Corps.

"The situation is still very serious, but after taking a series of effective measures, it has also seen some positive changes in general," NHC official Mi Feng told reporters.

He said the number of suspected cases each day reported on the Chinese mainland also witnessed a 37.3 percent drop between February 5 and 11, from 5,328 to 3,342.

The number of patients that have been discharged from hospital has risen dramatically, with the recovery rate increased from 1.3 percent on January 27 to 10.6 percent on February 11.

According to the latest data released by the NHC, 4,740 people were cured and left hospitals on the Chinese mainland by Tuesday. Due to the outbreak of the novel coronavirus cases, online teaching has been introduced nationwide. Meanwhile, from February 17, China Education Television Channel will live broadcast students' courses through satellite nationwide, said Lv Yugang, director of the Department of Basic Education. He said the measure would help students in remote and poor areas without good internet connections.

When it comes to higher education, a total of 24,000 courses have been launched on 22 online platforms, said Wu Yan, director of the Department of Higher Education. "This is not something makeshift during this special period. We've spent several years developing these courses," Wu added.

For graduates and college students' employment, Wu Yan said that the current focus of education and teaching in colleges and universities is to do a good job in online teaching during the delayed start of the semester.

"At the same time, the relevant department should solve the problem of visa extension for overseas students as soon as possible, minimize the negative impact of entry restrictions, and protect the legitimate rights and interests of overseas students in China," Wang added.

At present, under the active promotion of Chinese embassies and consulates abroad, some countries have introduced measures to help Chinese students studying abroad deal with academic obstacles during the epidemic situation.