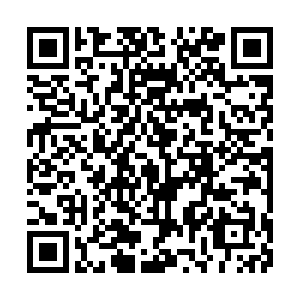 As Brexit becomes a reality on January 31, uncertainty surrounding post-Brexit immigration and labor policies is chasing some skilled workers away from the country.

Hospitals reported difficulty in finding doctors and nurses. Farms around the country ran out of labors during the harvest season. Though there is an 11-month transition period for employers to adjust to the post-Brexit labor market, many still worry that significant labor shortage and brain drain are likely to emerge after 2021.

According to the Office for National Statistics, as of 2020, there are an estimated 2.27 million EU nationals working in the UK, accounting for around 8 percent of the UK's total workforce. Since the Brexit vote in 2016, net migration fell by 106,000 in the year to June 2017 compared with the year before, with three quarters of the fall due to EU citizens. 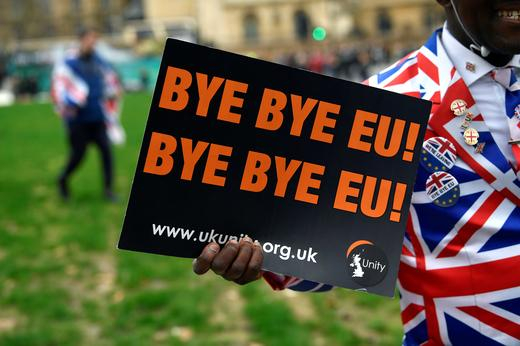 Among the industries most likely to be hit hard is the tech sector. The industry is reliant on highly mobile EU nationals, many of whom are considering moving back to their home countries given that there is no clear guarantee of the rights of EU nationals who are currently working in the UK and who will come to the UK after 2021.

Alban Aubert, a tech major from France, who studied in the UK for college, said Brexit played a role in why he did not choose to stay after graduation.

"If I started building a life in the UK, could it all just be jeopardized by visa restrictions a few years down the line? Would academic partnerships with European universities hold? Would companies leave London?" he listed a series of questions that concern him.

"As long as the specifics of Brexit are not fully worked out, it does not play in favor of the UK," he noted. 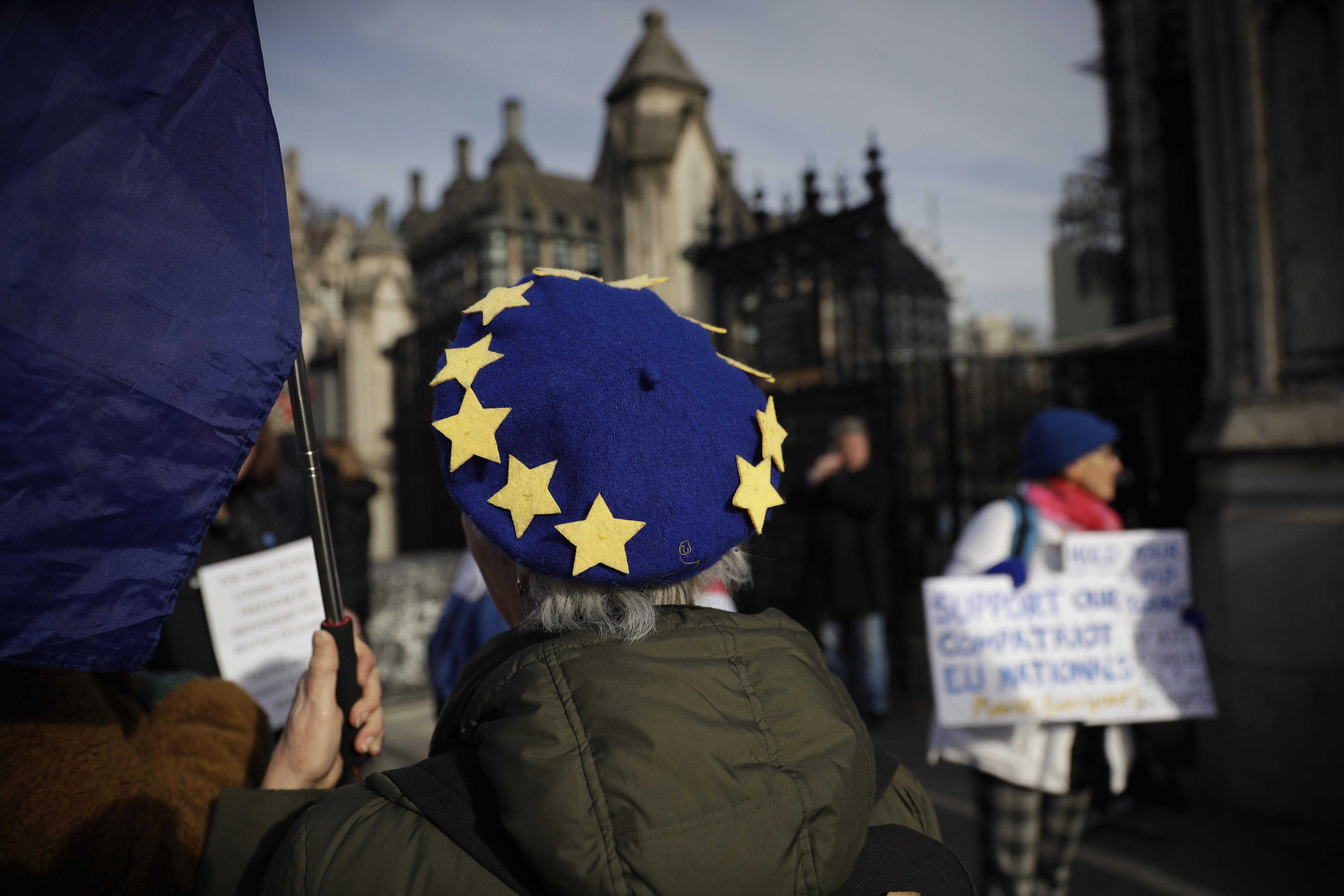 An anti-Brexit campaigner wears a European flag beret as she protests outside the Houses of Parliament, London, February 5, 2020. /AP Image

An anti-Brexit campaigner wears a European flag beret as she protests outside the Houses of Parliament, London, February 5, 2020. /AP Image

He made it clear that he left not solely because of Brexit but there were better options for him in his home country. In Europe, France is now second only to the UK in terms of venture capital investment and potential future unicorns. The Macron government, which vows to make Paris the leading tech hub in Europe, even launched a special tech visa to facilitate talents to come and work in the country.

The fact that Paris is gaining traction as a destination for tech may threaten London's dominance in the field. Around one third of London's tech workers are from beyond the UK, and around one in five is from the EU.

Companies are also shifting their operation elsewhere in Europe in light of the Brexit scenario. Sony moved its European headquarters from London to Amsterdam. James Dyson, British entrepreneur and prominent Brexit-supporter, revealed that he would move his company headquarters from the UK to Singapore.

Fearing a further blow to the economy, the UK government has been seeking to transform its immigration system. A white paper published in 2018 details a skills-based immigration system that favors those with high skills and talents. Under the new system, international students will be granted a two-year work visa after graduating from a British university in 2020, a U-turn on the limited four-month period under the Theresa May government. 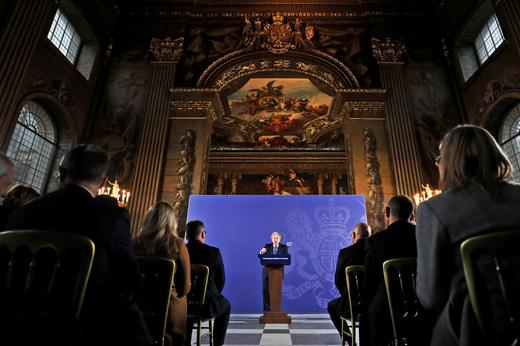 British Prime Minister Boris Johnson outlines his government's negotiating stance with the EU after Brexit, during a speech at the Old Naval College in London, February 3, 2020. /Reuters Photo

British Prime Minister Boris Johnson outlines his government's negotiating stance with the EU after Brexit, during a speech at the Old Naval College in London, February 3, 2020. /Reuters Photo

Han Jingqi, a Chinese graduate student from University of Sussex, said she was among the few benefiting from the immigration reform. Shortly after graduation, she got a job offer from a tech incubator in London, and the company said it was willing to sponsor her work visa in the long run.

"Brexit means that the UK government hopes to see more highly-educated international talents stay in the UK… and I see more Chinese students around me thinking of working in the UK because of the more generous visa policy," Han said.

But she also noted that due to uncertainty created by Brexit, her company is shifting its major business operation from London to Ireland – "the impact of Brexit is a mixed bag for international students."

The fear, however, is that employers will still find it hard to recruit labors from low-paid sectors, including construction, social care, retail etc. Migrants from Eastern European countries used to constitute the major workforce of those industries, but increasing anti-immigrant sentiment fueled by the Brexit vote has pushed many to go back to their home countries. 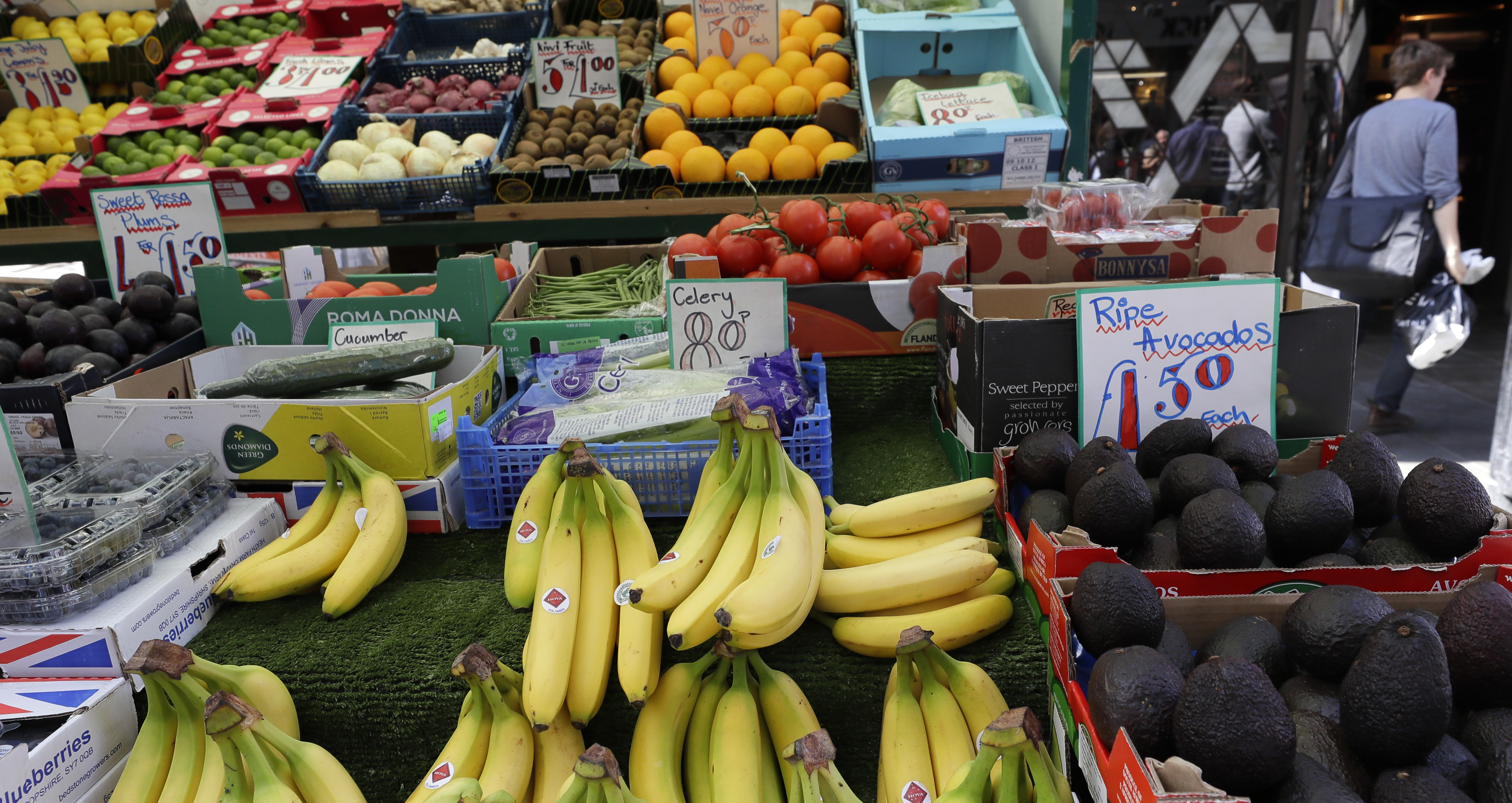 A fruit stall displays fruits at a market in London, August 7, 2019. /AP Image

A fruit stall displays fruits at a market in London, August 7, 2019. /AP Image

The squeeze in labor force is particularly acute among fruit farmers who employ laborers from Eastern Europe to harvest the crops when summer comes. After industry leaders called on the government to deal with the severe labor shortage, a pilot scheme has started which allows British farmers to bring in 2,500 fruit and vegetable pickers for up to six months, though some say it barely meets the need.

When asked if he would consider moving back to the UK, Alban, who is currently doing an internship at a French tech company, gave a resounding yes. "Once the dust has settled and the relationship between the UK and European citizens is clearer, why not? Britain is still a great economic power and a beautiful country."