Iran – 41 years after the revolution of 1979
Saeed Khatibzadeh 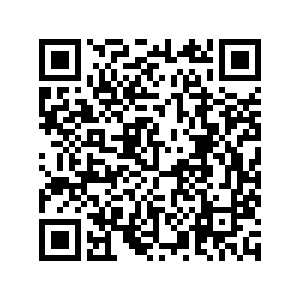 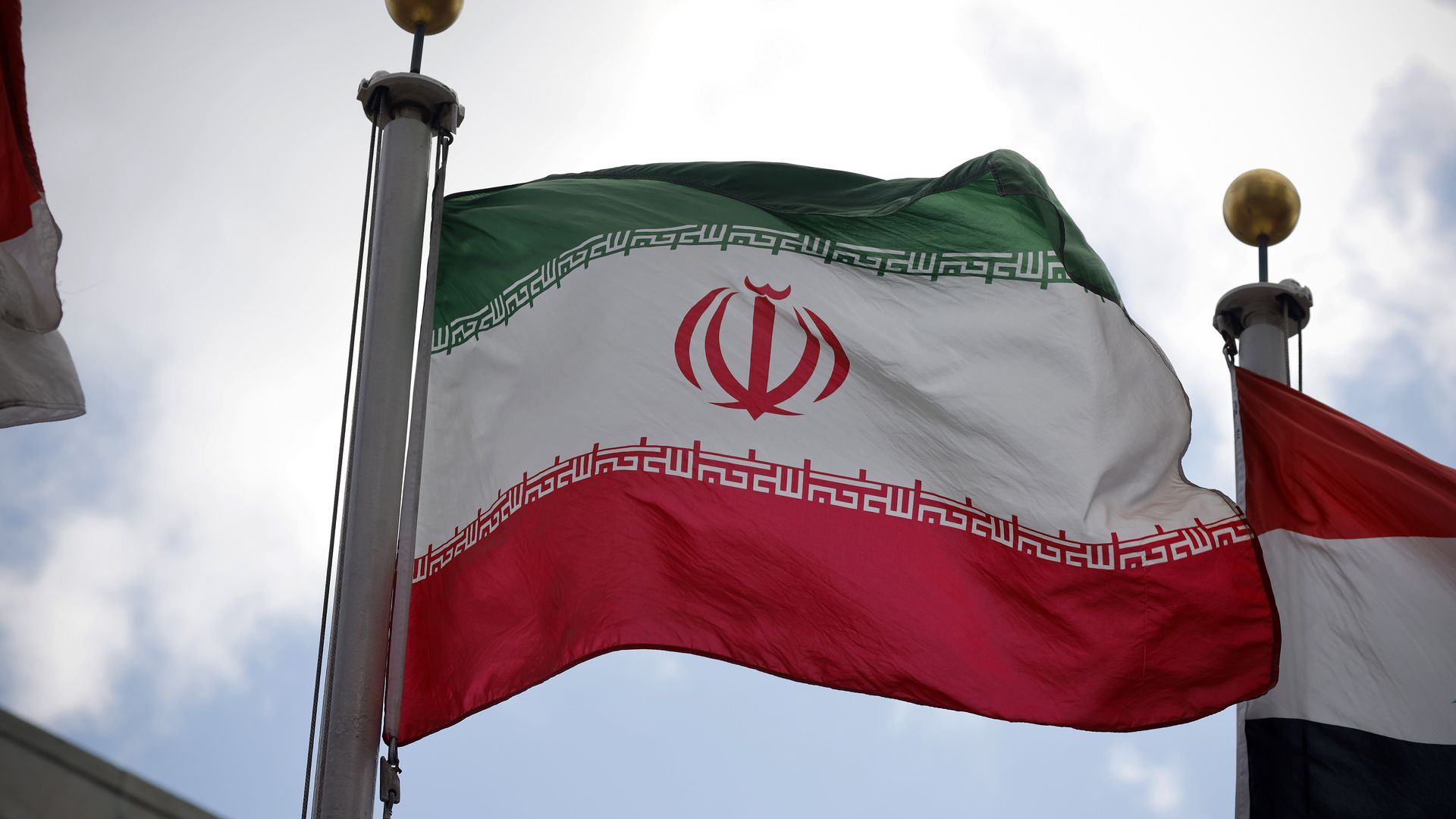 Editor's note: Saeed Khatibzadeh is the vice president for research at the Institute for Political & International Studies (IPIS) in Tehran, Iran. The article reflects the author's opinions, and not necessarily the views of CGTN.

On Tuesday, millions of Iranians rallied to mark the 41st anniversary of the 1979 Islamic Revolution which brought about drastic changes on different levels both to Iran and West Asia. It was a nationwide response to almost a century-long struggle for self-determination.

The social, political and cultural earthquake of 1979 not only overthrew America's "gendarme in the region" who had been tasked to protect Western interests in the Persian Gulf, but also challenged, both conceptually and practically, the U.S. hegemony and dominance over Iran and the region.

The main pillars of this revolution were well encapsulated in the well-known revolutionary motto of "independence, freedom and the Islamic republic." While the first two main concepts of independence and freedom were "reaction" to decades of total dependency, submission and totalitarianism by the U.S.-backed absolute monarch of Iran, Mohammad Reza Pahlavi, the third part of the motto, i.e. the Islamic republic, was "proactive" in terms of introducing a new and alternative way of thinking and governing, based on the Iranian values and identity.

It is basically a result of interaction between the Persian civilization and culture on one hand and Islam on the other. Yet until 1979, no one really conceptualized the political system, i.e. the Islamic republic, based on a delicate balance between Iran's local and indigenous values and identity and the exigencies of modern institutions of governance. This new political structure brought the Iranian people to the center of all decision-making processes. 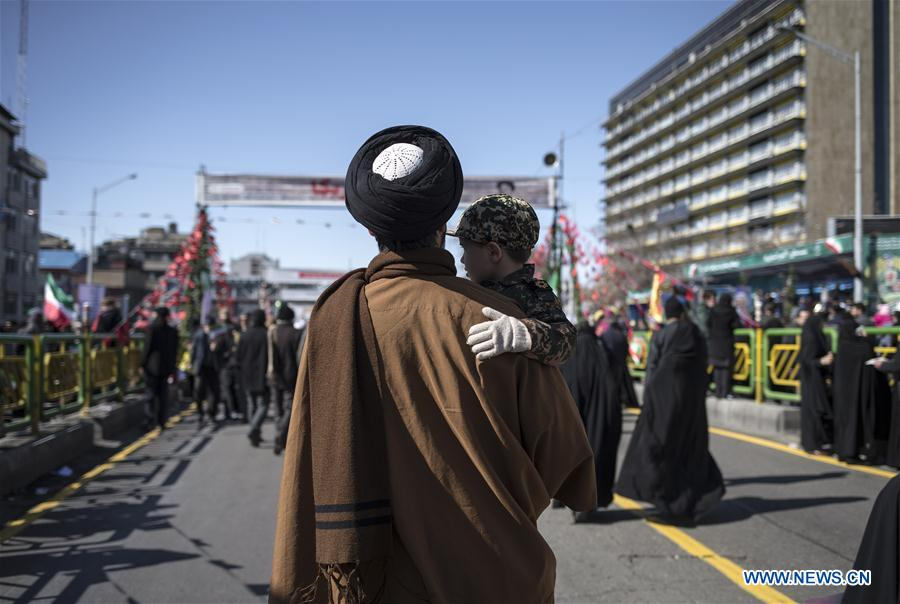 An Iranian and his son attend a rally to mark the 41st anniversary of the victory of the Islamic revolution in Tehran, Iran, February 11, 2020. /VCG Photo

An Iranian and his son attend a rally to mark the 41st anniversary of the victory of the Islamic revolution in Tehran, Iran, February 11, 2020. /VCG Photo

Iran's new sensitivity to its independence and rejection of hegemony and triumph of the Islamic republic has never been digested and forgiven by different consecutive U.S. administrations, as it has always been considered a strategic loss by Washington. As stated by Iranian President Rouhani in his speech on Tuesday addressing the Islamic revolution anniversary rallies in Tehran, "conflict between Iran and the U.S. is over Iranian rights for a choice, because Americans believe the nation did not have the right to choose the Islamic revolution over the royal system which the U.S. had installed in Iran."

By not accepting the reality of change in Iran, the U.S. has entrapped itself in a chain of wrong assumptions, poor concepts, misleading analyses and ultimately destructive policies, which have all resulted in the U.S. malign obsession with Iran, which is now mounted to its utmost by U.S. President Trump and Iran hawks in the White House.

America, driven by its malign obsession with Iran, officially has waged a full-fledged covert and overt economic and political war with Iran, mainly by sanctioning the totality of Iran's economy and punishing anybody who wants to do business with Iran, demonizing Iranians and fueling Iranophobia, actively excluding Iran from any possible regional arrangement, targeting the legitimacy of Iran's political system, providing unconditional support to its regional clients, and very recently assassinating Iran's top general Qasem Soleimani in Iraq.

In fact, the U.S. has failed in all of its attempts. It is now more clear than any other time in the recent history that the U.S. is the single biggest source of instability and main spoiler of any kind of regional and international rapprochement. The best manifestations of this new regional and global awareness could be seen in unprecedented public funeral processions held for General Soleimani from Iraq to India and South America, and recent angry protests erupted in Palestine and many other Islamic countries against Trump's so-called "Deal of Century".

Iran has also become more and more self-confident that not only Trump administration's aggressive behavior against the will of Iranian people is doomed to failure but also can seize this opportunity to build a resilient and oil-free economy.

All the newly released data, including the IMF forecast for 2020, show that Iran's economy not only has absorbed the shock imposed by the U.S. sanctions, but also has been able to mange to exit from the recession: from -9.5 percent real GDP growth in 2019 to at least 0.5 percent GDP forecast for 2020. Iran's national currency, the rial, has also recovered one-thirds of its value and the annual inflation rate has dropped drastically in January 2020 to the lowest inflation rate since August 2018.

Iran decided 41 years ago to reject submission and rely on its own people as the sole source of security, stability, prosperity and progress. The message by the Iranians poured into streets from all walks of life in different cities in Iran was explicit: despite all the difficulties and harshest sanctions in the past two years, until Iran depends on its own people, the future is bright and no foreign country can impose its will on the Iranian nation.