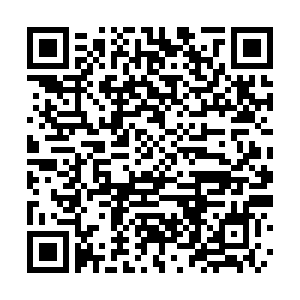 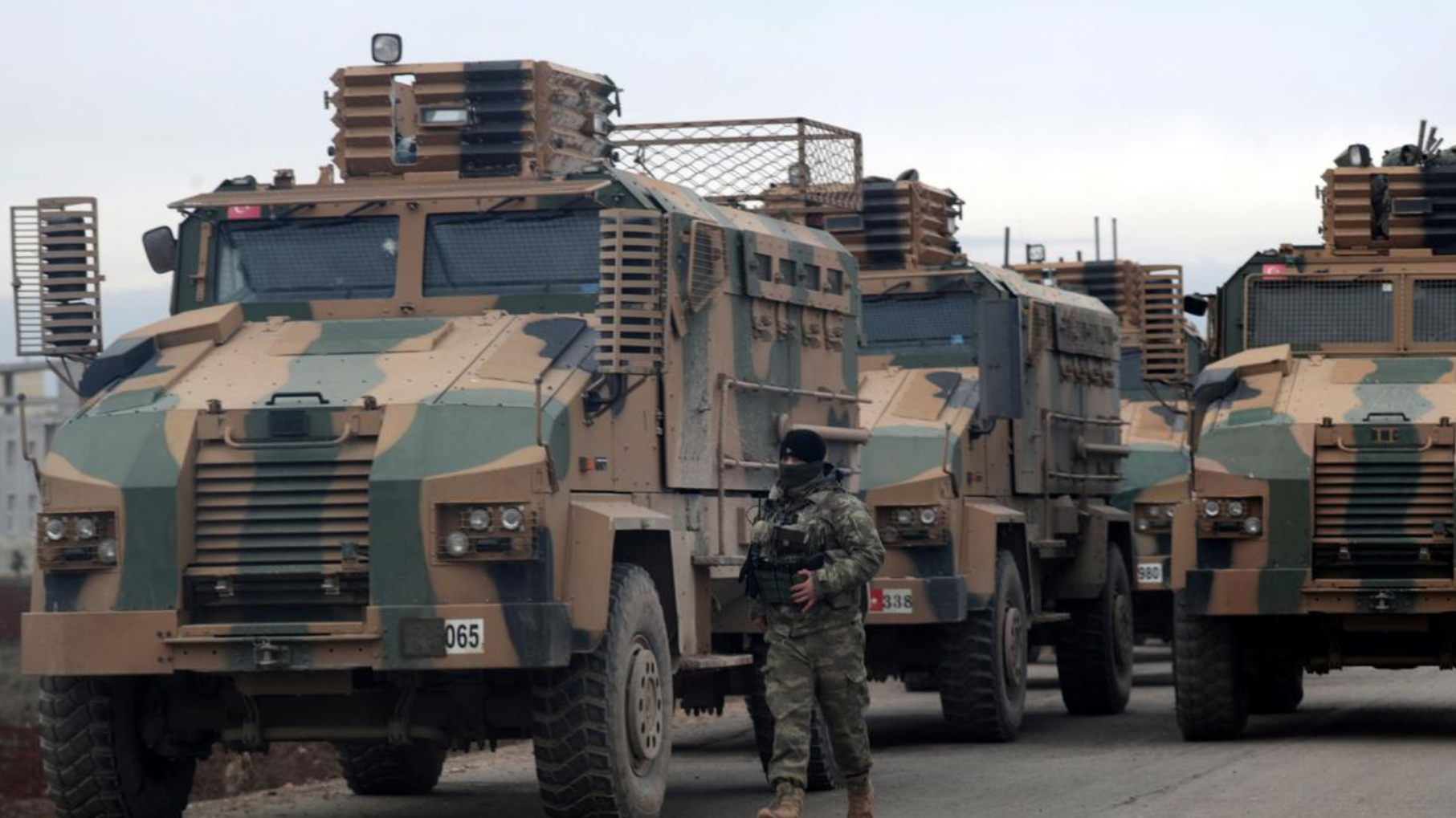 Tensions escalated Tuesday between Syria's government and rebel-backer Turkey as 51 Syrian soldiers were killed in northwest Syria and Ankara warned of a "heavy price" for any attacks on its forces after Russian-supported Syrian government forces had made gains in their campaign to eliminate the last insurgent bastion in the country.

The Turkish Defense Ministry cited sources on the ground, adding that two Syrian tanks and one ammunition store were destroyed as well.

Hours before, a war monitor reported that Syrian government forces seized control of the main Aleppo-to-Damascus highway running through the embattled northwest province of Idlib for the first time since the early days of the civil war in 2012.

But rebel sources later said fighting was continuing in some northern areas near the M5 highway, and they shot down a Syrian military helicopter in Idlib province, killing both pilots. Syrian state news agency confirmed it. 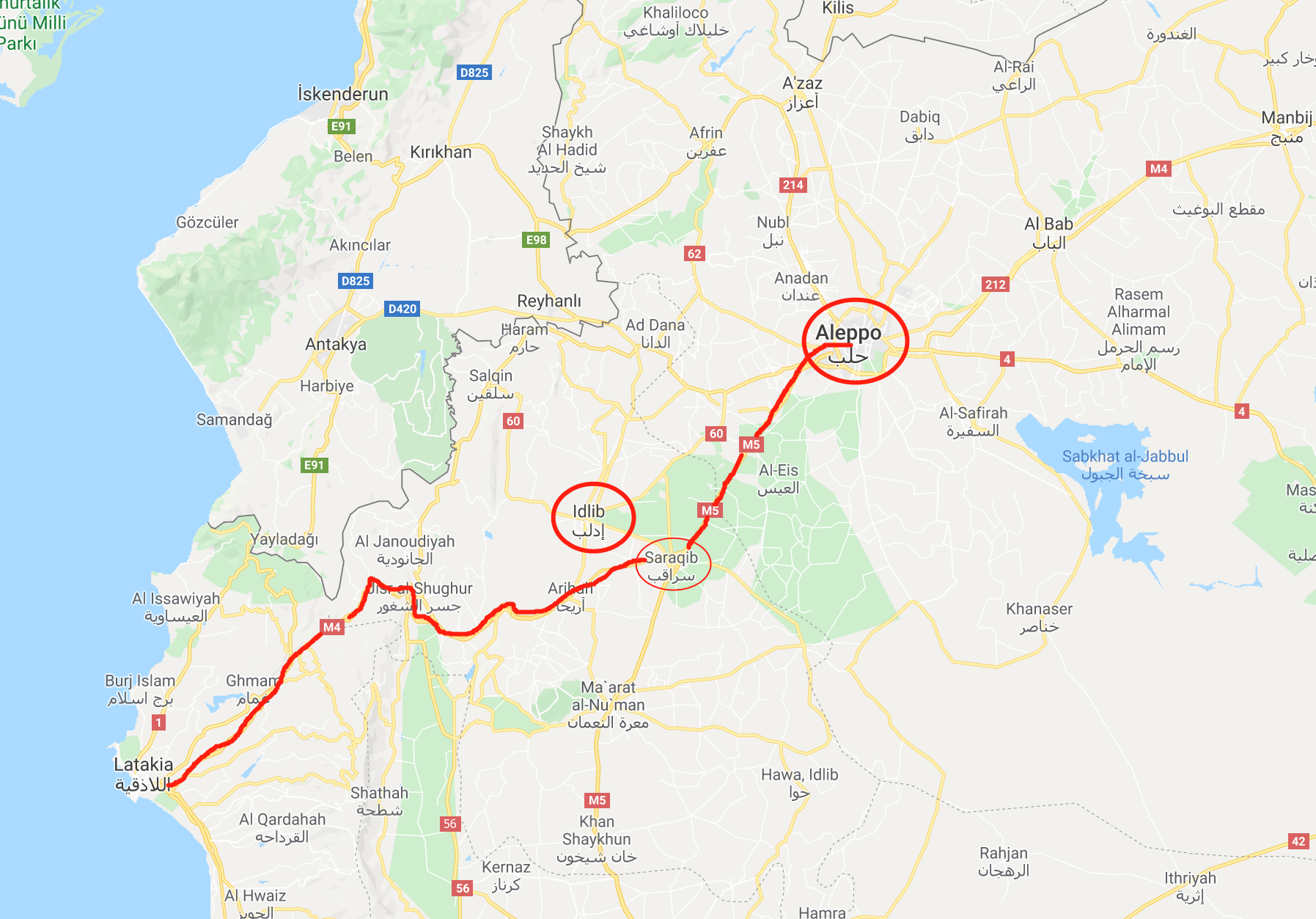 A screenshot from Google map shows two major highways M4 and M5 in the town of Saraqeb, Syria.

A screenshot from Google map shows two major highways M4 and M5 in the town of Saraqeb, Syria.

A Turkish official said the rebels, bolstered by Turkish artillery, had begun "a full-fledged attack" on an area recently lost to the government side near Saraqeb, a strategic crossroads town on the M5 highway.

For its part, the Syrian army said on Tuesday it would respond to attacks by Turkish forces who is trying to halt army advances into Idlib province.

The flare-up of fighting has given rise to some of the most serious confrontations between Ankara and Damascus in the nine-year war.

James Jeffrey, the U.S. envoy for Syria, is set to meet senior Turkish officials in Ankara on Wednesday and the U.S. Embassy there said they would discuss working together toward a political solution to the conflict. 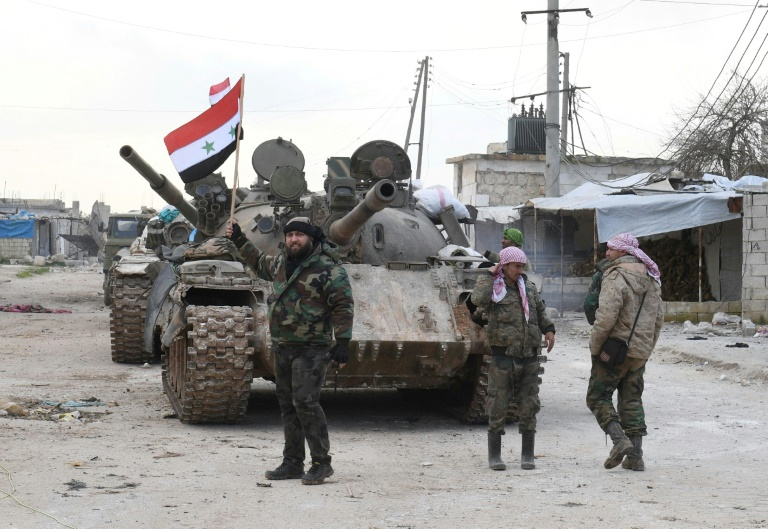 Idlib's fate may well be decided by Turkey and Russia as much as by Assad.

Russia has officers on the ground advising the Syrians on the campaign as well as some ground forces, and Russian warplanes have carried out numerous air strikes. Ankara has sent thousands of soldiers across the border to help stem the Syrian offensive.

Relief agencies meanwhile said an exodus of hundreds of thousands of civilians from the afflicted areas was the largest such movement in the war and marked a new humanitarian crisis.

Turkey has already hosted 3.6 million Syrian refugees and said it cannot absorb any more. It said it would halt any new refugee waves from Idlib and its military would remain deployed there. 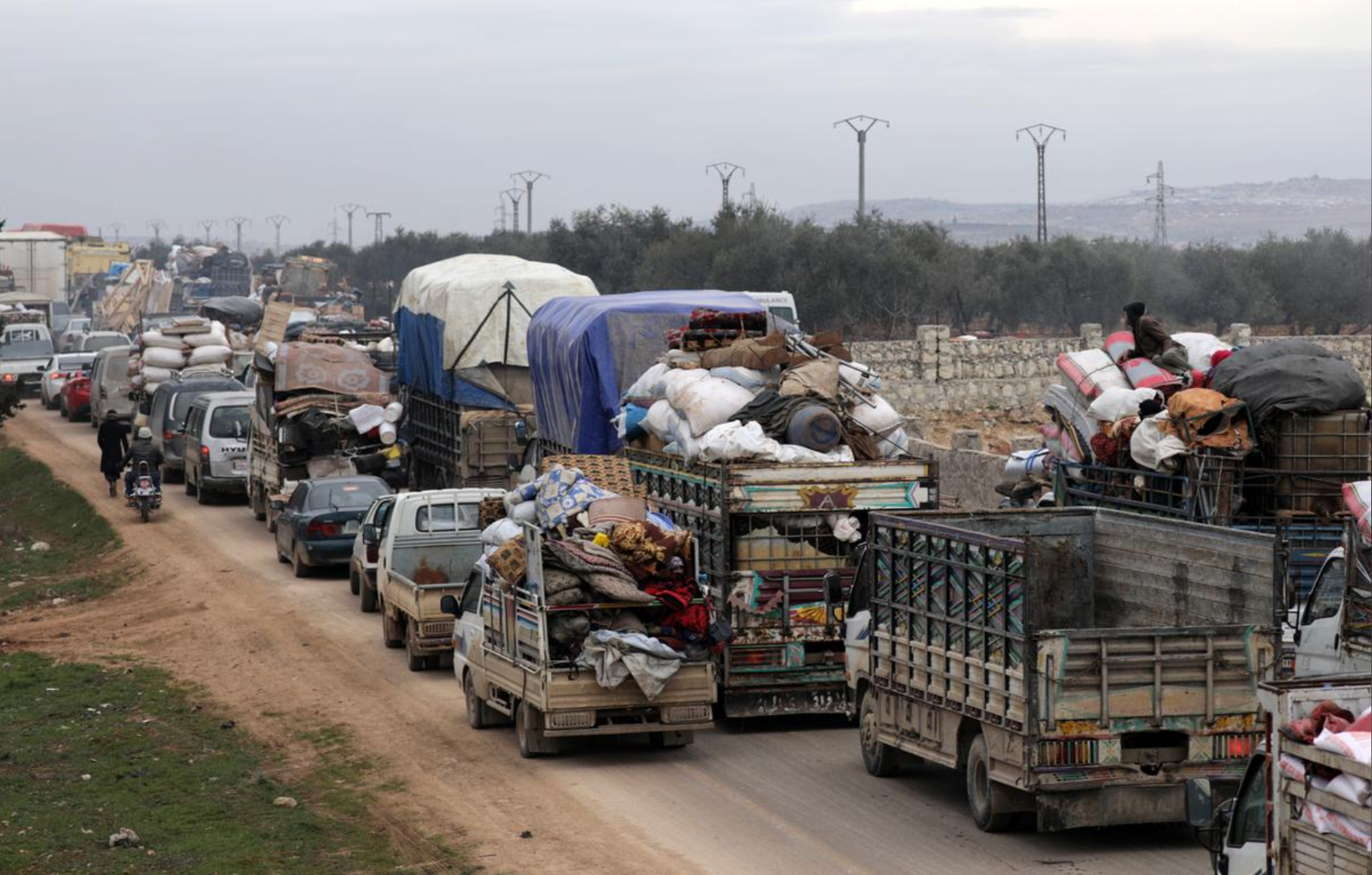 Turkish President Tayyip Erdogan said on Tuesday the Syrian government would pay a "very heavy price" for attacking Turkish troops, including five killed on Monday and eight Turkish personnel killed a week earlier. And the retaliation will continue.

Talks in Ankara between Turkey and a Russian delegation ended on Monday without agreement on halting the fighting. Turkish officials told the Russians that attacks on Turkish posts inside Idlib must cease immediately and the Kremlin said on Tuesday all attacks on Russian and Syrian forces in Idlib must stop.

Russian President Vladimir Putin will discuss the situation with Erdogan by phone later on Tuesday. 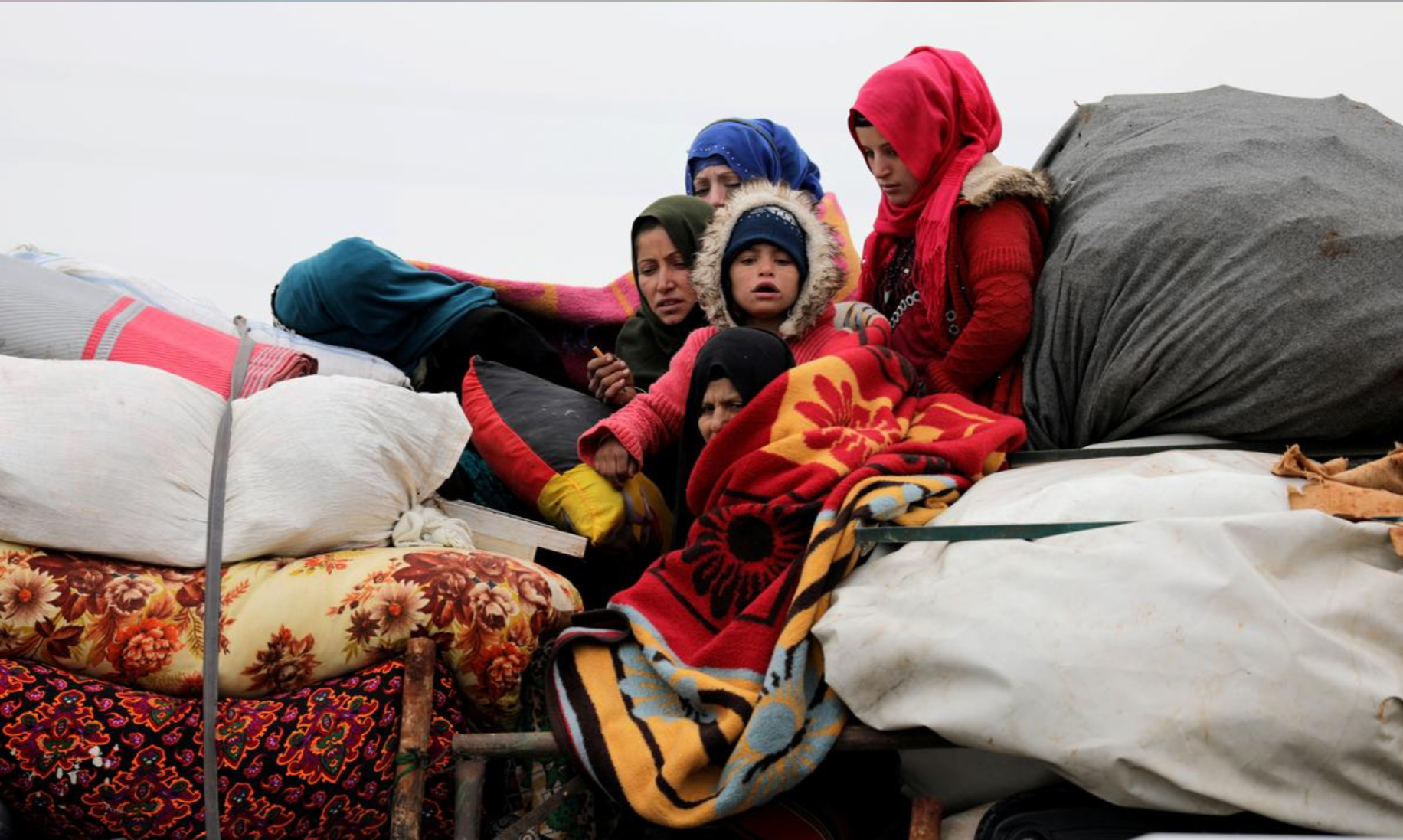 "Where is my home?" Internally displaced Syrians from western Aleppo countryside on their way to flee, in Hazano near Idlib, Syria, February 11, 2020. /Reuters Photo

"Where is my home?" Internally displaced Syrians from western Aleppo countryside on their way to flee, in Hazano near Idlib, Syria, February 11, 2020. /Reuters Photo

Since launching their new offensive in December, government forces have recaptured more than 600 square kilometers of territory, and in recent days wrested control of dozens of towns and villages.

The battle for Idlib is a crucial stage of a war that has killed hundreds of thousands of combatants and civilians, made millions refugees in their own country or overseas, and fractured the wider Middle East since it broke out amid the Arab Spring in 2011.

United Nations High Commissioner for Refugees spokesman Andrej Mahecic said the harsh winter weather was making their suffering worse and that shelter was hard to find.

"Even finding a place in an unfinished building is becoming nearly impossible," he said, adding that mosques were full.