How a motorcycle crash turned into an online rumor
CGTN 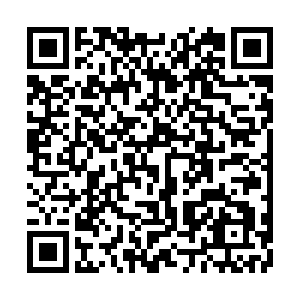 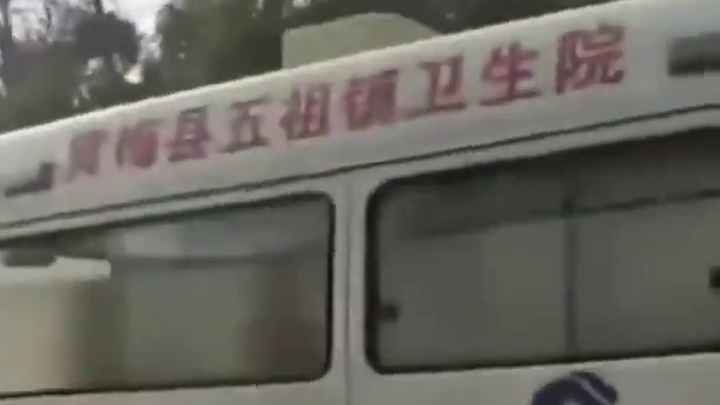 Just as China is ramping up its effort to battle against the COVID-19 outbreak, so are online rumors looking to instill hatred.

Recently, a video circulating on social media platforms, including Twitter, became the latest focus of discussion for some China naysayers online.

The 21-second clip shows three policemen getting off a car licensed G1796 and walking into a residential neighborhood with guns. The latter part of the footage showed medical staff conducting first aid on wounded civilians lying on the ground. The G1796 car is believed to belong to the police bureau of Yiwu, a city in east China's Zhejiang Province.

The video seems to suggest Chinese police was shooting civilians with guns. However, this could not be further from the truth.

On February 13, CGTN reached out to the police bureau, which confirmed that the policemen are among their ranks, but condemned the video as misleading since the policemen had been dispatched to deal with a rabid dog, not civilians as the video suggested.

An official statement from the police reads: At 11:37 a.m. on February 1, Yiwu Police received a report from civilians asking for help to handle a ravenous dog, which had been hurting people in Futian neighborhood.

The bureau dispatched three armed policemen with protective gear, including for protection against the novel coronavirus, to the site.

The policemen shot the dog after evaluating the danger it imposed on humans. The video circulating online pieced together different clips including the part of police armed with guns with other irrelevant footage, and it was edited with malicious intent, the police stressed.

"Only a small part of the video circulating online is relevant to us, and the footage has been taken by people who were watching from far away," said Gong Longfei, a policeman of the Yiwu Police Bureau. 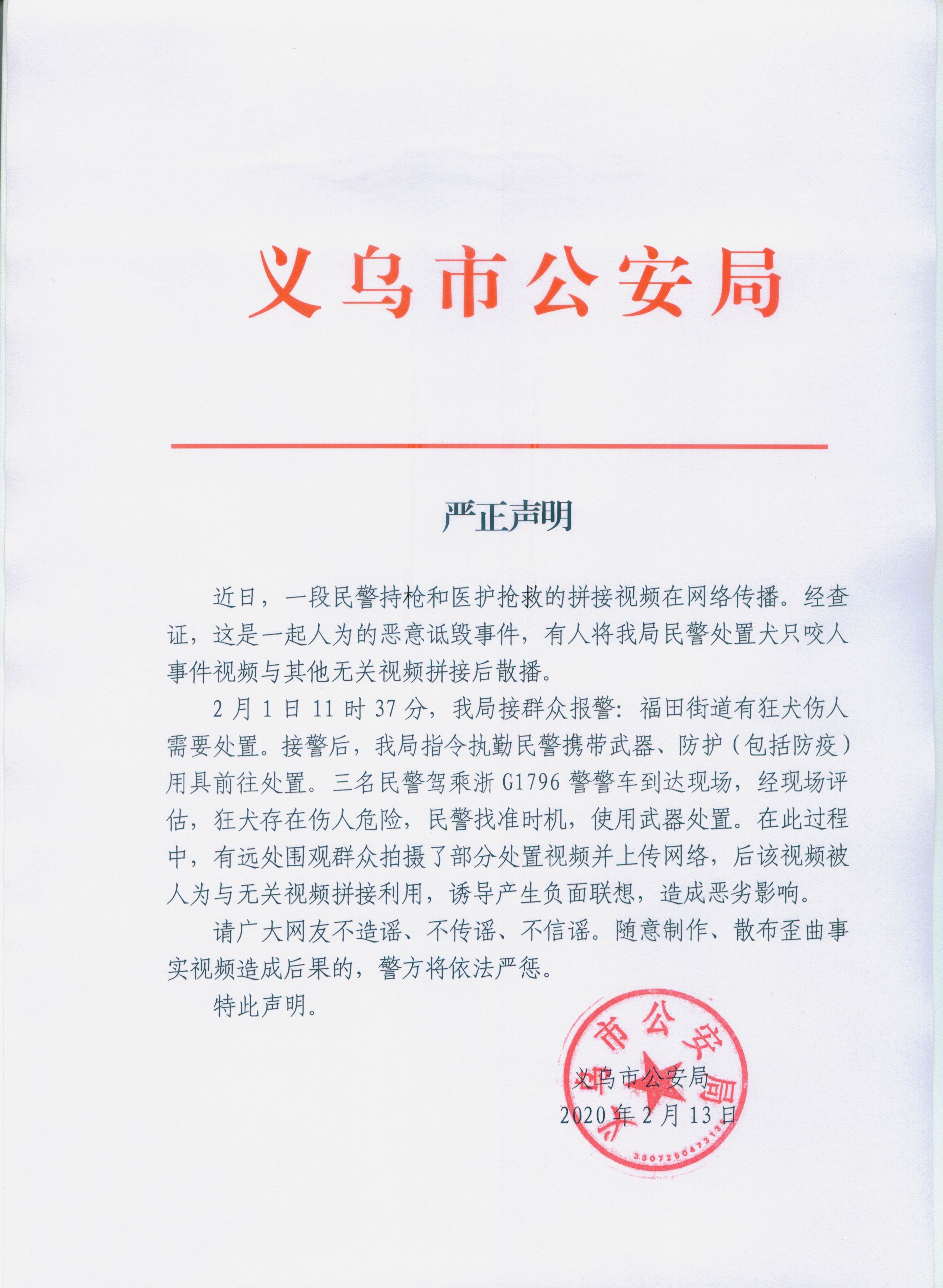 The latter part of the footage is of a traffic accident in Wuzu township in Hubei Province.

Li Huanyu, a policeman with Wuzu Police Bureau said that 15-year-old Liu took his cousin on the motorcycle and due to a wrong operation, the vehicle rammed into the cemented curb in the afternoon on January 29.

Doctors of Wuzu Hospital rushed to the scene upon the call. "We found the boy laying there, leaving mydriasis, no breath and carotid pulsation," said Wang Yiqiu, a doctor at Wuzu Hospital.

The police added that the investigation about the source of the video is underway, and the fabricated video can be used in possible prosecution.