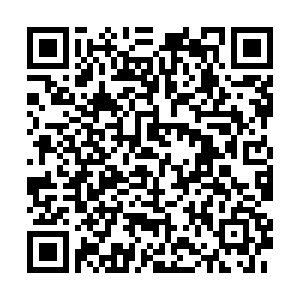 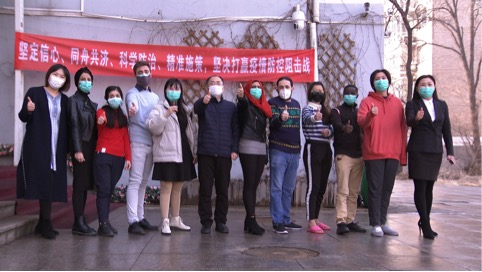 There are usually about half a million foreign students in China this time of the year, but the timing of the coronavirus outbreak just ahead of the Spring Festival holiday means that many had left and didn't return. More have since departed due to fears of infection and because classes are suspended. However, some have decided to stay in the country.

In northeast China's Shenyang Normal University, over 20 foreign students and teachers are still living on the quiet campus.

Daily activities are confined to the campus, mostly inside the dormitories, with staff giving them food, masks, disinfectants and health checks every day. 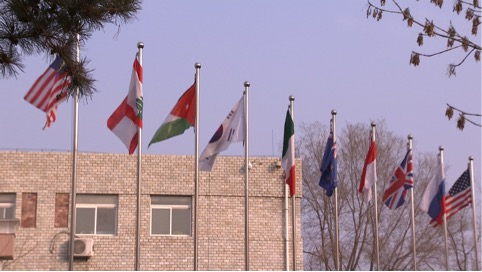 The campus of Shenyang Normal University during the winter break. /CGTN Photo

The campus of Shenyang Normal University during the winter break. /CGTN Photo

Hanaa Ahmed Eltaher Radwan said she had decided to work on her essay during the winter break and not to go home in the first place. She also wanted to avoid cross-infection risks on the long journey back to Egypt.

But it's mainly because she believes that China can control the virus soon and the services she received from the university made her feel safe. She admitted that her life nowadays is kind of boring. "I've never been in a situation like this before — being in the room, not being able to meet friends outside school. But then I realized it's for our own safety," Hanaa said.

While research projects and studying mostly continue through online platforms, the situation is inevitably troubling those who are majoring in science. 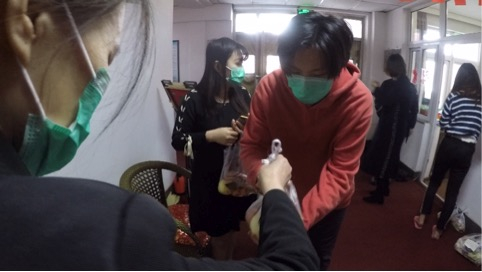 Shaheen Shumaila, who's doing a postgraduate program in zoology, said she now spends most of the time reading papers and can still contact her tutor whenever she wants.

"But it's tough without experiments, because zoology has to use certain tools and equipment," said Shaheen who hopes to return to the laboratory soon.

Still, she said the best thing to do is to follow instructions and suggests others do the same. "You cannot go to Wuhan. You cannot help them. But within your locality you can help others. How can you help others? Don't go outside."

Nguyen Thi Kim Hue from Vietnam said she thought China has made appropriate attempts to curb the infection. 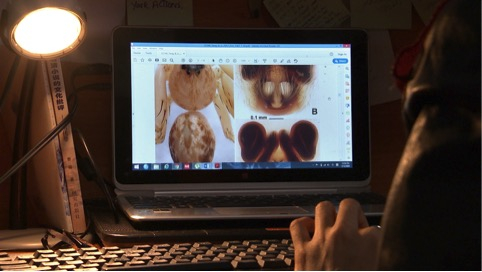 "The information and data released by China also makes Vietnamese people realize how severe the disease is now. So we've also taken some measures, such as cleaning houses, paying attention to personal hygiene, wearing masks, and staying away from crowded places," she said.

Meanwhile, some students are joining the nationwide effort to help those in need.

Anna Nazarova who graduated from the university and went back to Russia, scrambled around Irkutsk with her family, searching every pharmacy, shop and nail salon to get her hands on masks. She eventually collected 400 masks and mailed them to Wuhan. "It's not a lot, but every little helps," she said.

Others are working to calm fears and dispel rumors, like Bizimana Ernest, who came across stereotypes when talking to his friends online.

"When they see Chinese people walking on the road back in my home country, they may think those people are carrying the virus. I would like to reassure them," said the young man. 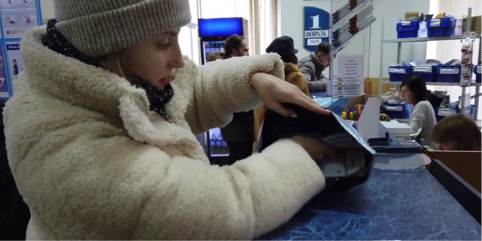 The question remains, whether and when can international students resume studying? With countries like Italy temporarily halting flights to China, some exchange programs at the university have been postponed.

Professor Hao Deyong, president of Shenyang Normal University, said it all depends on how the prevention and control measures progress. "If the disease is gradually eliminated, I think there won't be a strong impact on our enrollment," he said.

Despite their problems, the students are confident in the future.

Dr. Ahmed Salah Moussa Saleh, a researcher of the college's food science department, told the Egyptian embassy in Beijing that he has been taken good care of when asked whether he needs help or not.

"I'm sure that China has the ability to win this epidemic very soon. And we will get back to our work and start the next semester."