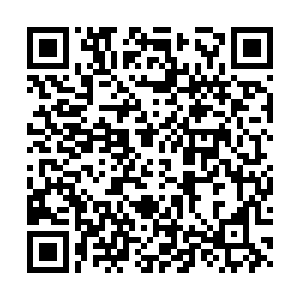 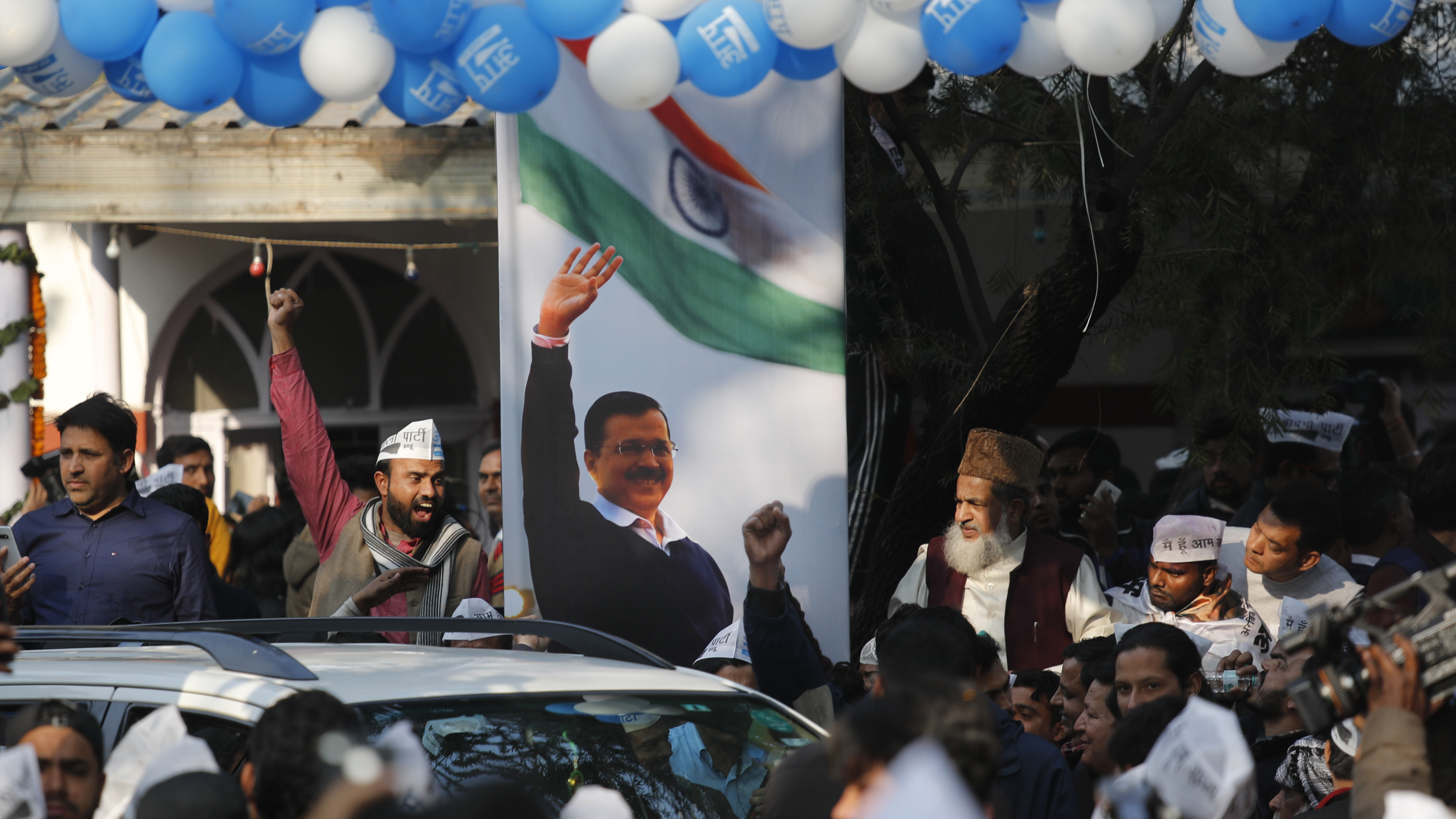 The latest elections in India's capital city of New Delhi dealt a stinging rebuke to the ruling BJP after one of its surrogates harshly criticized incumbent Chief Minister Arvind Kejriwal in the run-up to the vote with language that alarmed even the Election Commission. Kejriwal's Aam Aadmi Party (AAP) won by a landslide after taking 62 seats in the 70-seat assembly, which occurred in spite of BJP MP Parvesh Verma claiming last week that Kejriwal was a "terrorist" because of his opposition to the contentious "Citizenship Amendment Act" (CAA).

India, and especially New Delhi, has been in the throes of large-scale protests against this piece of legislation that critics believe is discriminatory to Muslims because it facilitates the granting of citizenship to religious minorities from Afghanistan, Bangladesh, and Pakistan who moved to India under the pretense of fleeing alleged oppression for their beliefs. The BJP insists that there's nothing wrong with India's new policy, but millions of the country's citizens disagree because they say that it contravenes India's secular constitution.

Many of India's Muslims have understandably joined in the anti-CAA protests, though it should be said that these nationwide demonstrations include participants from all of India's diverse communities and aren't exclusive to those espousing a particular faith. Nevertheless, some in the Muslim community claim that their status in society has worsened since the Hindu nationalist BJP came to power in 2014, after which they say that they were treated as second-class citizens even more than before. 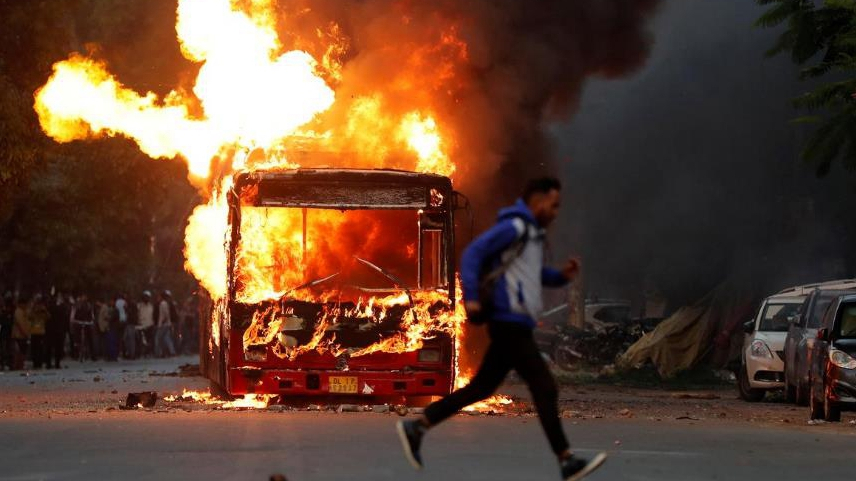 A man runs past a burning bus that was set on fire by demonstrators during a protest against a new citizenship law, in New Delhi, December 15, 2019. /Reuters Photo

A man runs past a burning bus that was set on fire by demonstrators during a protest against a new citizenship law, in New Delhi, December 15, 2019. /Reuters Photo

Their concerns were given credibility after Verma's nasty attack against Kejriwal during a rally on January 29. He said that "In Delhi, many "natwarlals" and terrorists like Kejriwal are hiding. I don't understand if we should fight with terrorists in Kashmir or with terrorist Kejriwal in Delhi". The day prior, he fearmongered about the anti-CAA protesters by shockingly saying that "They'll enter your houses, rape your sisters and daughters, and kill them," which later resulted in the Election Commission banning him from campaigning for 96 hours.

Shortly after having that restriction lifted, he told a TV channel last week that "If the Delhi chief minister stands with the protesters of Shaheen Bagh who are raising slogans of Pakistan zindabad, he can be called a terrorist," which resulted in a second ban by the Election Commission, albeit only a 24-hour on that time. The common theme connecting Verma's three most notorious statements is the conflation of the many Muslim anti-CAA protesters with "terrorists," a label that's been weaponized against Muslims the world over since 9/11.

It's disturbing to see an MP from the ruling party of the self-professed "world's largest democracy" repeatedly resorting to what observers can objectively describe as Islamophobic hate speech for demagogic electioneering purposes, but this makes it all the more inspiring that the residents of New Delhi refused to submit to such aggressive fearmongering. The AAP's thumping defeat of the BJP in the latest elections shows that so-called "majoritarian politics" has its limits in India despite the upsurge of Hindu nationalism there in recent years.

AAP national spokesman Sanjay Singh celebrated his party's victory by proclaiming that "First of all, I want to thank the people of Delhi for giving a befitting reply to the BJP. Hindustan has been saved. People of Delhi showed that despite BJP leaders putting all force behind it (election campaign), the son of Delhi won...The two crore families of Delhi have now said that their son Arvind Kejriwal is not a terrorist but a staunch nationalist."

With Singh's statement in mind, Kejriwal's victory can be understood as sending the extremely powerful message to the rest of the country that the BJP's Hindu nationalism shouldn't be conflated with Indian nationalism, the same as the Muslim participants in the anti-CAA protests shouldn't be conflated with "terrorists." The stinging rebuke that New Delhi's residents sent the BJP will be remembered for a while since it showed Indians that secular, inclusive nationalism is still alive and well, no matter what the ruling party says.