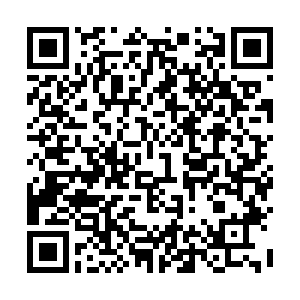 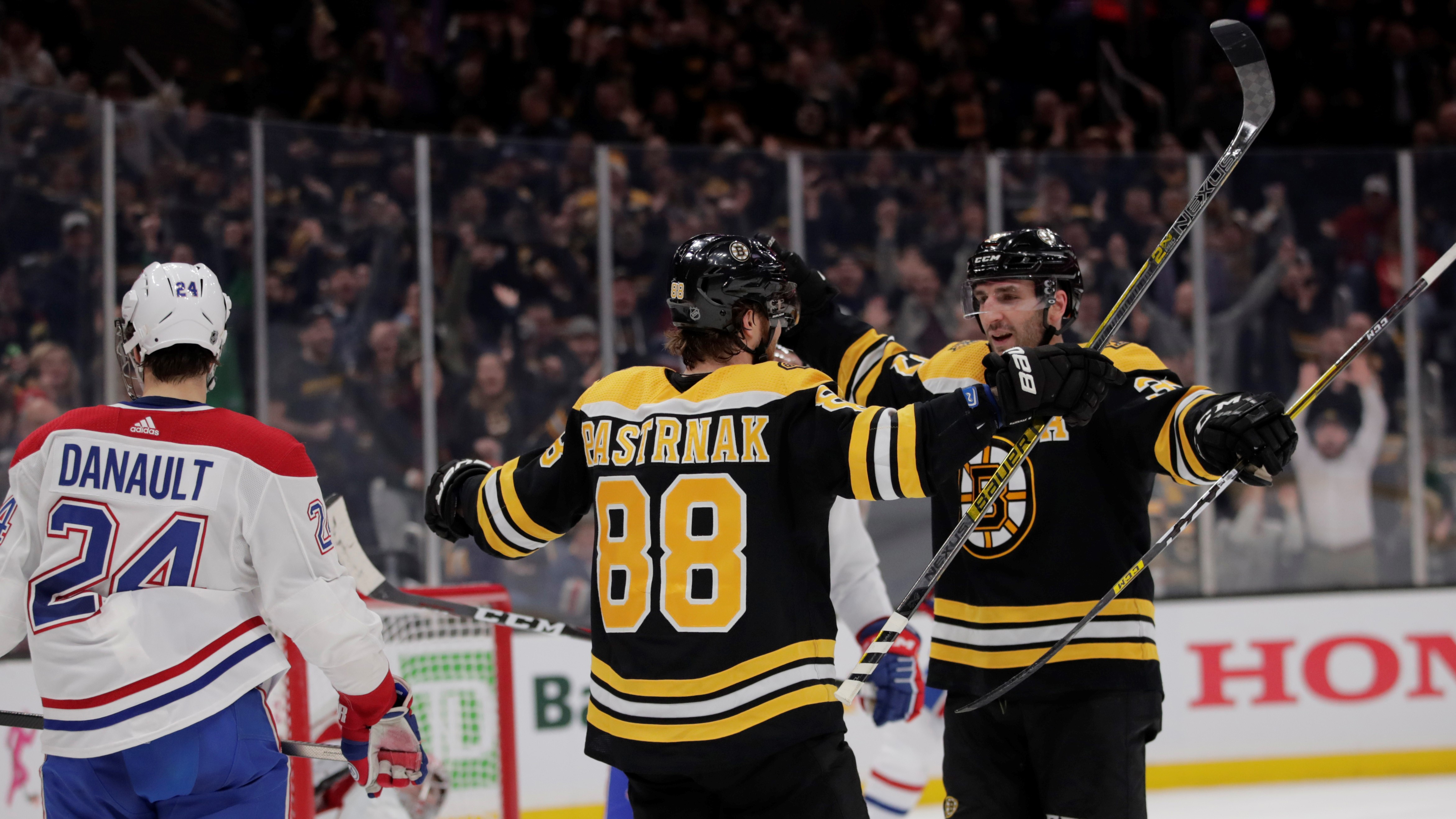 David Pastrnak #88 of the Boston Bruins celebrates with his teammate after scoring in the game against the Montreal Canadiens at the TD Garden in Boston, Massachusetts, February 12, 2020. /AP Photo

David Pastrnak #88 of the Boston Bruins celebrates with his teammate after scoring in the game against the Montreal Canadiens at the TD Garden in Boston, Massachusetts, February 12, 2020. /AP Photo

David Pastrnak has been one of the Bruins' most reliable scorers this season.

His latest big night came at the expense of one of Boston's longtime rivals.

Pastrnak had his fourth hat trick of the season and the Bruins rolled to their third straight win over the Montreal Canadiens, 4-1 on Wednesday night.

And even bigger for a Boston team that has won seven of its last eight and took three of four in the season series with its northern nemesis. The Bruins outscored the Canadiens 15-3 over the final three meetings. Montreal has lost two straight as it tries to stay in the hunt for the playoffs.

Patrice Bergeron added an empty-net goal and Tuukka Rask had 28 saves for the Bruins to improve to 13-0-6 at home this season.

With 41 goals on the season Pastrnak also takes over the NHL lead for goals scored. Ovechkin and Toronto's Auston Matthews both have 40. The Maple Leafs and Capitals were idle on Wednesday.

Pastrnak said he isn't taking reaching 40 goals for the first time in his career for granted.

"It's something I hadn't accomplished yet in my career, so obviously excited," he said. "But I couldn't have done it without my teammates. Big thanks come to them and just keep it rolling."

Pastrnak's scoring barrage came on a night in which the intensity was at its usually high level between the longtime rivals. A total of 12 penalties were issued, including six for roughing.

Brad Marchand intercepted a pass at the red line and skated into Canadiens' zone. From there he split defenders Jeff Petry and Brett Kulak, spun and passed to a cutting Pastrnak, who slipped a wrist shot past Price.

Marchand spent the final 1:!2 of the first in the penalty box, along with Petry after getting into a brief wrestling match at center ice that was quickly broken up by officials. The exchange started when Petry checked Marchand into the boards. Marchand responded by poking his stick at Petry. He returned the favor, leading to both to drop their gloves.

The Bruins made it 2-0 early in the second period after Sean Kuraly took the puck away from Petry to start a 2-on-1 break with Pastrnak, who completed it hard wrist shot past a diving Price.

Montreal got a little luck to go their way just 36 seconds later, getting on the board when Scandella's long shot from just inside the blue line ricocheted off teammate Nick Suzuki and by Rask.

But after Joel Armia was sent to the penalty box for roughing Torey Krug with 4:46 left in the period, Pastrnak got his final goal of the night on the power play 31 seconds later when he cut off Petry's clearance attempt of Marchand's shot in front of the crease and pushed it into the corner of the net.

Montreal has scored just three goals in its last two losses – something that winger Brendon Gallagher said much change sooner rather than later.

"We haven't really generated all that much for whatever reason," Gallagher said. "It's disappointing in a sense. But we're the desperate team. We need to find a way to collect points."

Other games on Wednesday (home teams in bold):