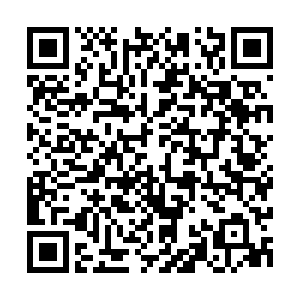 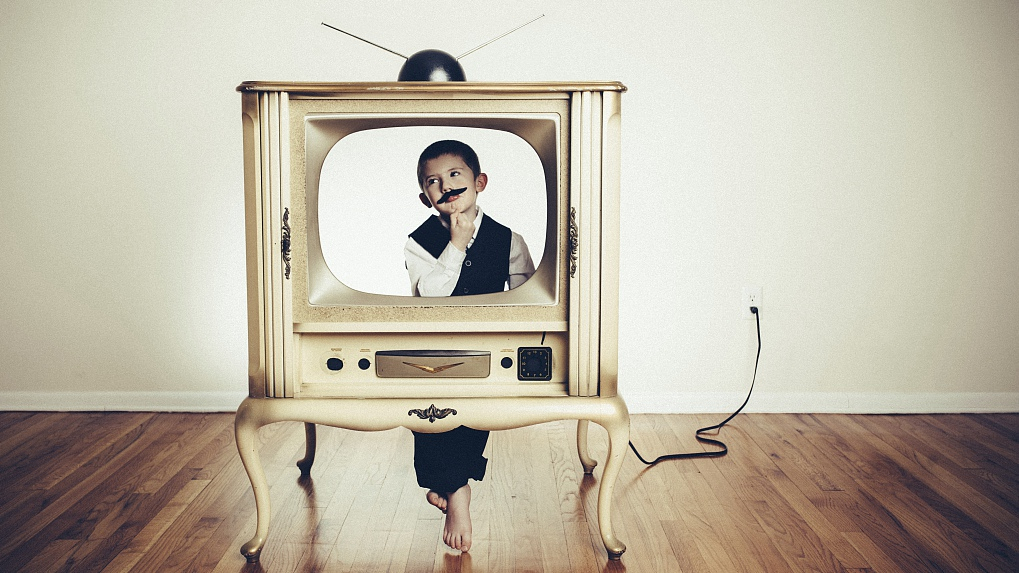 The epidemic outbreak of the COVID-19 has brought unprecedented impact to the Chinese entertainment industry.

After pulling all the films from cinema during the Spring Festival release, now the variety shows inventory of the television stations has been gradually exhausted. With many Chinese citizens still stranded at home, their requirement for entertaining programs is on the rise.

Because of this, many variety shows have adopted new forms of program production, called "cloud production." 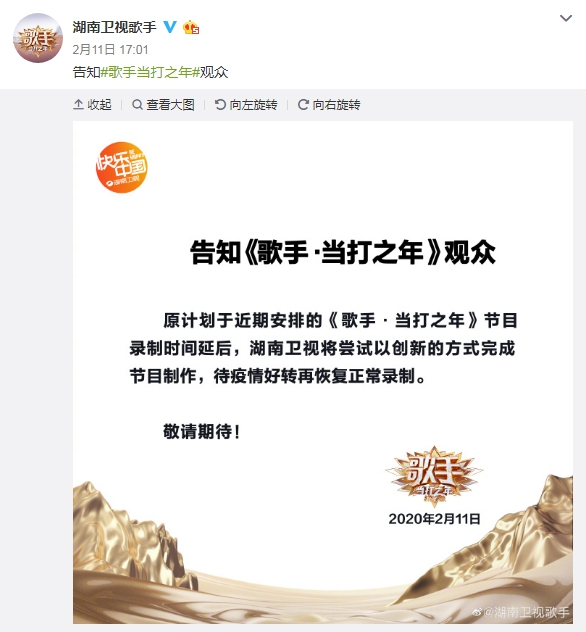 The announcement posted by "Singer 2020" on its Weibo account. /Photo via Sina Weibo

The announcement posted by "Singer 2020" on its Weibo account. /Photo via Sina Weibo

"Singer 2020," a popular Chinese singing competition show, recently announced its plan of "cloud production". The new season of the widely watched show only started to release last week. And yet, the live recording of later episodes might be impossible due to the epidemic.

The program announced on Tuesday through its Sina Weibo account that the program's recording will be postponed, and the television station would try new creative forms before the epidemic is brought under control.

According to insiders, starting from the third episode, the program will be jointly produced by Hunan TV and its online platform Mango TV. For the first time, the 500-seat live studio audience jury will be canceled. Instead, there will be a five-member jury made up of online audiences, who will watch the show online and vote.

The show will be recorded by singers scattered in different cities including Beijing, Shanghai, Tokyo, Taipei, and Changsha.

It will be the first time a Chinese musical variety show will break the boundaries of the studio as well as the TV screens. But it remains unclear how the program recorded in the new form will be presented. 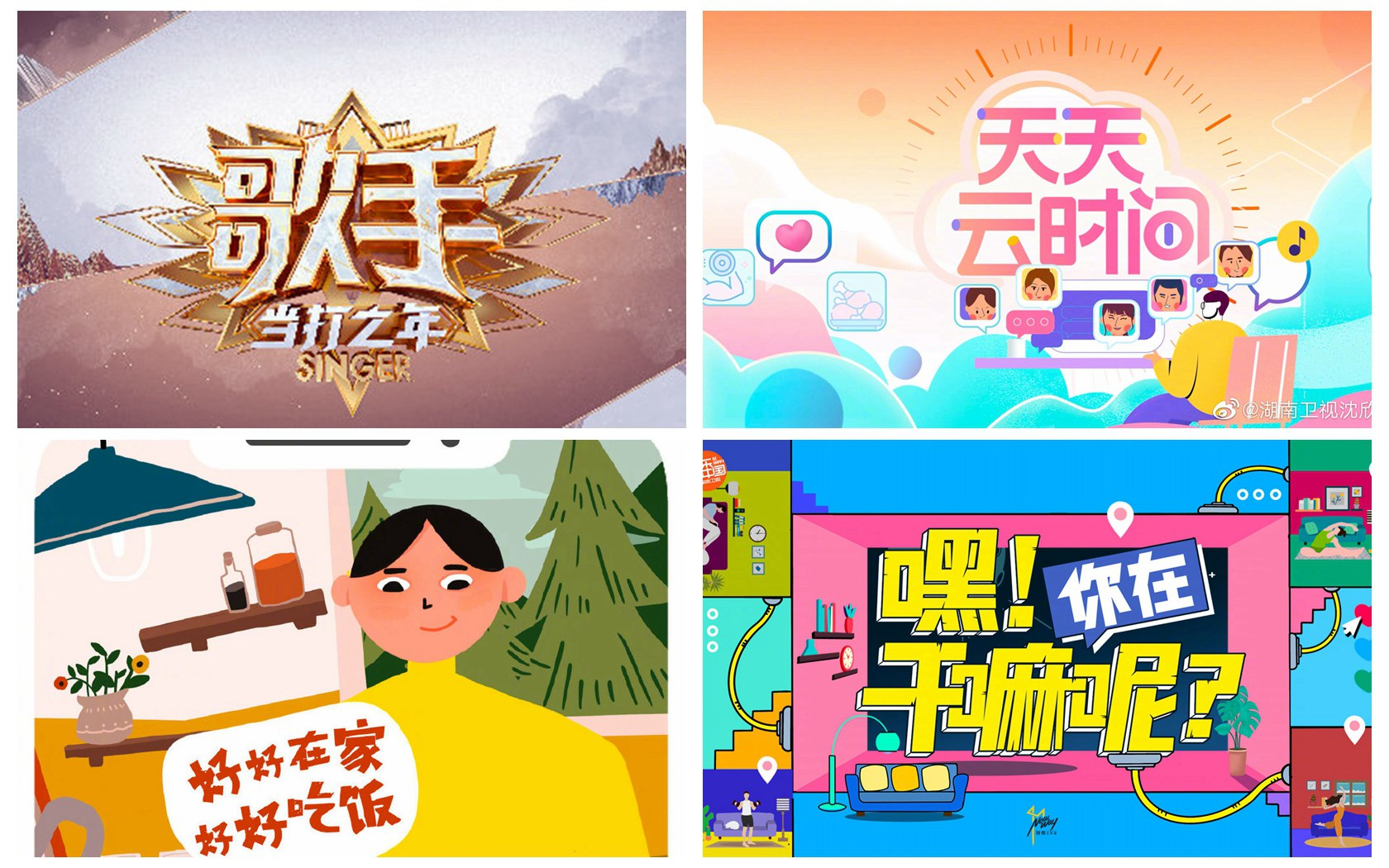 A combination of posters for "cloud-produced" shows. /Sina Weibo Photos

A combination of posters for "cloud-produced" shows. /Sina Weibo Photos

At the same time, several programs designed for the current situation started to hit television screens.

An interactive quiz show produced by Hunan TV started to be aired last week. Compared to traditional variety shows, the new program is more like a multi-screen online talking show. Besides the host who remains in the studio, all other guests were staying at home, while participating in the show through video calls.

The celebrities, instead of dressing up in stunning outlooks, appeared in front of the camera in normal clothes. Their topics are also closely related to the current situation, ranging from their life at home to how they prevent the coronavirus.

Other "cloud-produced" shows are cuisine and lifestyle themed, and there are even dancing programs. 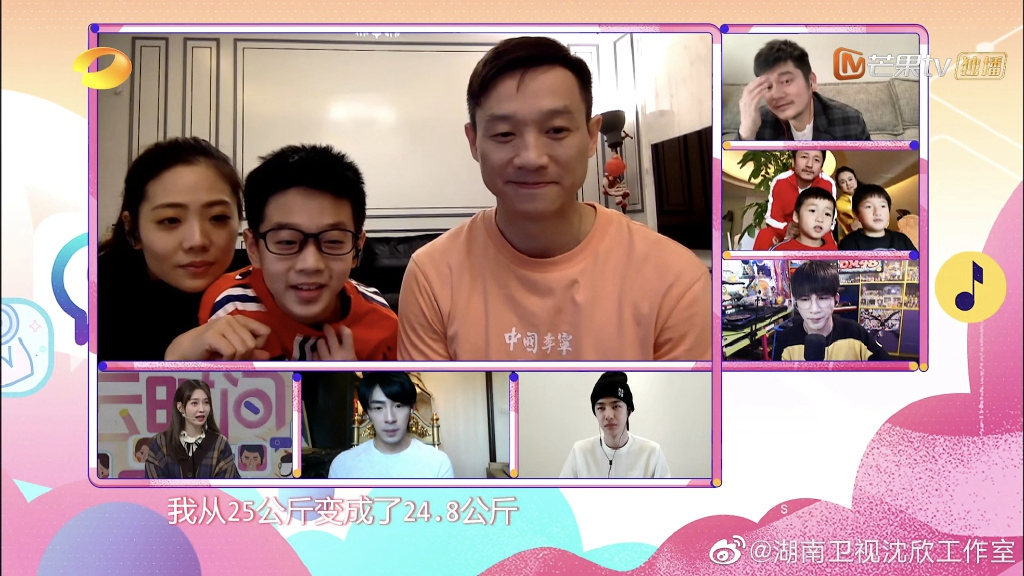 A celebrity family introduces their life in Wuhan City, the epidemic center of China, via the show. /Sina Weibo Photo

A celebrity family introduces their life in Wuhan City, the epidemic center of China, via the show. /Sina Weibo Photo

The new program formats, though temporarily planned and recorded, have inspired many. Shen Xin, producer of the interactive quiz show, said that he was inspired by the new models that can involve hundreds of thousands of people interacting online.

With the rapid development of new technologies including 5G, big data and cloud computing, "cloud production" could be developed into a new format. However, as for its future, insiders hold different opinions.

Liu Dong, producer of a heat variety show "Street Dance of China," believes that most of the variety shows would resume their traditional way of production after the epidemic.

"Large-scale shows, such as outdoor reality shows, musical or dancing competitions, would be harmed if the new form remains," said Liu.

While Yu Hangying, producer of the outdoor reality show "What for Picnic", believes that "cloud production" is a newborn of the new technologies and the current epidemic outbreak.

"It is a reminder for us, to understand our customers and to always be creative," said Yu.