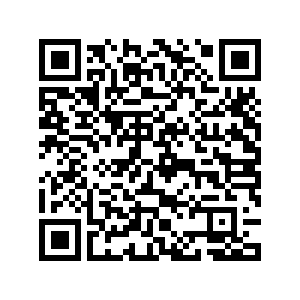 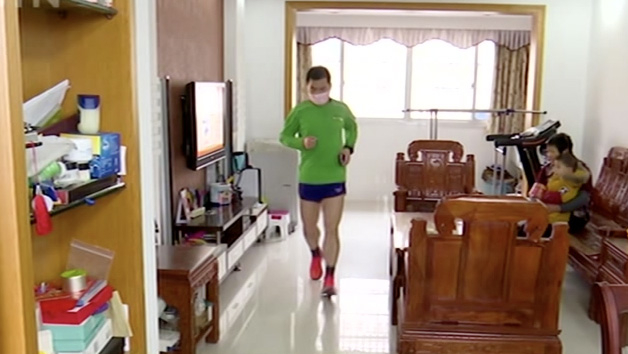 How "spectacular" does a live running broadcast have to attract 250,000 views?

Pan Shancu, a marathon runner from Hangzhou, capital city of Zhejiang Province, China, achieved it while on lockdown during the coronavirus outbreak.

According to local media Qianjiang Evening News, Pan – a massage studio owner as well a marathon enthusiast – ran about 6,450 times around two massage beds from 9:00 a.m. to 2:00 p.m. on February 3, and clocked a whopping 50 kilometers.

Two days later, another local digital media Huang Jin Yan (means Golden Eyes) broadcast a three-hour livestream in which Pan ran on the spot in his bathroom, and that video attracted over 250,000 netizens' interest.

Some people have commented that Pan's second attempt was not real running, but looked more like a dancing "shuffle." But he explained that "running on the spot is more difficult than running outside, as I had to put all my body's weight on my front soles all the time to jump up."

On the other hand, some people left him messages saying he's such an inspiration for conquering dizziness and bearing the humdrum of a lockdown with so much gusto.

With the delay of school and company opening dates post-Spring Festival holidays, most Chinese have to think of different ways to exercise at home.

For some people like Pan, who do not have professional fitness equipment like a treadmill, they simply do shuttle runs from one end of the apartment to the other, or use packing boxes for high jump training, as seen on videos posted online.

Many PE teachers have also led their students, via multi-user video chats, through some creative exercises in their narrow rooms.

Fitness applications have also been downloaded more frequently since the start of February.

"I've never thought that I would be so eager to do outdoor sports," a netizen wrote online. But that is exactly what many Chinese people are thinking about at the moment.