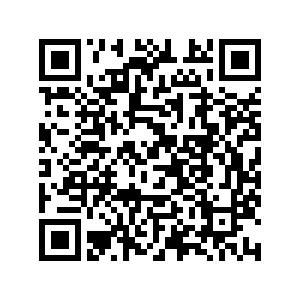 The war on the coronavirus has brought in forces that are used to being in battle. Some 1,400 military medics arrived in Wuhan on Thursday to join the city's fight against the coronavirus.

Meanwhile, a military hospital in Wuhan has been practicing integrated therapy to help patients get better. Medical workers at the General Hospital of Central Theater Command are using Western therapy and Traditional Chinese Medicine (TCM) to tackle the disease.

"In many cases when Traditional Chinese Medicine was applied, patients' symptoms were eased and their recovery sped up significantly," said He Dongchu, director of the hospital's integrated treatment department.

Dr. He wrote three prescriptions for patients at different stages of the disease. Each consists of about a dozen herbs. Some may reduce coughing and fever, while others can boost the immune system, which is vital for patients to overcome any illness.

"TCM can be applied at each stage of the treatment – it can either enhance recovery or slow the development of the illness from minor to critical condition," said the doctor.

The hospital has so far received about 540 coronavirus patients, mostly mild cases. Nearly half of them recovered and were discharged. The very first patient to recover was treated by this department.

Dr. He says he expects these ancient methods to play new roles in the fight against the coronavirus and hopefully help patients get better soon.

"One of the patients was on a ventilator. His condition wasn't good. But after applying some Chinese medicines and moxibustion, he's now getting much better, even regaining his appetite," said Zhang Yong, deputy director of the department.

Zhang pointed out that Western therapy is still the main treatment due to its fast effects. But together with the slow but effective TCM, they can be a powerful combo.

(Cover image: General Hospital of Central Theater Command had over 11,000 visits to its fever clinic by February 11. /CGTN Photo)