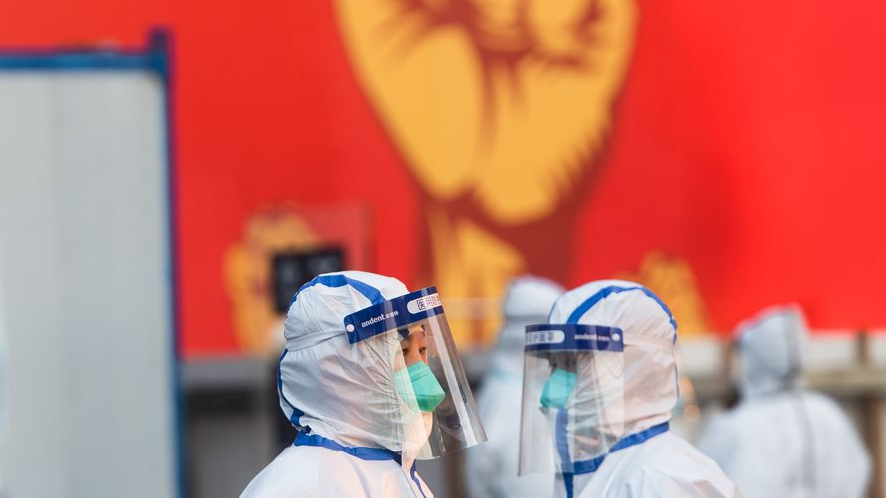 Editor' s note: The following article is taken from the Chinese-language "The Real Point." The article reflects the author's opinions.

Nicholas Rosellini, UN Resident Coordinator in China, said in an interview with CGTN that the fight against the outbreak "has really been a whole-of-government approach that has put a lot of resources into combating the virus," and according to experts, "has helped to reduce the peak and has blunted the peak in terms of the outbreak in Hubei, the heart of the epidemic." As a result, officials say the improving situation provides more favorable conditions for the country to achieve its development goals this year.

A series of fiscal and monetary policies, including tax reductions and low-interest loans, have been introduced to facilitate businesses resuming their operations. A tea company affected by the epidemic in Sichuan Province waited less than 24 hours before receiving two million yuan (286,000 U.S. dollars) in loans from a local bank.

Wednesday's meeting also stressed that foreign trade companies will get help to resume work at an early date and that the legitimate rights and interests of foreign investors will be better protected as the country pledges more efforts in improving its investment environment.

Electric carmaker Tesla's factory in Shanghai resumed production on Monday. Its models sold on the Chinese market will be fully localized by the end of this year. As Nobel Prize winner Lars Peter Hansen pointed out, the epidemic will definitely have a short-term impact, but prudent measures will most likely stem the spread of the coronavirus outbreak. He added that businesses will not rush to terminate productions that have proven effective.

China is set to achieve its objective of building a moderately prosperous society this year. But the epidemic has popped up as a stumbling block. The key to overcoming the challenge and achieving the development goals, as World Health Organization (WHO) Director-General, Tedros Adhanom Ghebreyesus said at a recent WHO research and innovation forum, is "Unity, unity, unity."