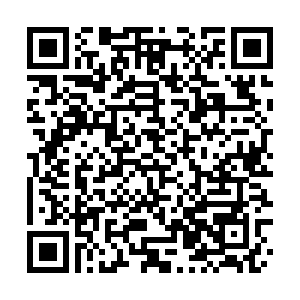 A spokesman for China's Taiwan Affairs Office of the State Council criticized You Si-kun, a member of the Democratic Progressive Party (DPP), on Friday for spreading a political virus.

The DPP member has claimed his 'Taiwan independence' stance earlier.

"His remarks have fully revealed the 'Taiwan independence' delusion of few people on the island," said the spokesman Ma Xiaoguang.

"Instead of thinking about how to safeguard the lives and common interests of people, he took advantage of the novel coronavirus outbreak, hurt the feelings of the Chinese people, and harmed the cross-Strait relations," Ma stressed.

"Taiwan independence is an impassable dead end that will only bring grave consequences to the island," Ma added.

Talking about the efforts against the epidemic, Ma said that the mainland has actively provided medical help and living services to Taiwan compatriots living in Hubei or visiting but got stranded in the province due to the cancellation of flights.

Following the request of Taiwan compatriots, the mainland arranged a chartered flight to help 247 of them return to the island on February 3.

"The mainland has also assisted Taiwan enterprises in various regions to resume production in an orderly manner and many Taiwan compatriots have donated funds and materials for epidemic prevention and control," said Ma.

"On the contrary, the DPP authority has constantly thrown out cold-blooded measures which are full of discrimination to impede Taiwan compatriots stranded from returning to the island," Ma stressed, adding: "What the DPP has done has fully exposed the hypocrisy of its so-called democracy, human rights and humanity."

Ma further pointed out that the DPP authority has also constantly fabricated various excuses such as inadequate support for epidemic prevention and control, attacked the WHO's adherence to the one-China principle, and sacrificed the lives and health of Taiwan compatriots for their political interests.

"Taiwan independence is a political plague more poisonous than a virus," the spokesman said.