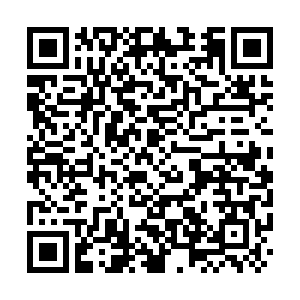 China appreciates Germany's support and help in the fight against the novel coronavirus disease(COVID-19), Chinese State Councilor and Foreign Minister Wang Yi said in his meeting with German President Frank-Walter Steinmeier, in Munich.

This meeting on Friday came one day after Wang met German Chancellor Angela Merkel in Berlin.

Steinmeier: We cannot let panic infect us like a virus

Steinmeier said he admires China's fast and effective response to the epidemic, and that Germany will continue to provide support and assistance.

He added the news gave some sense of relief that the number of newly diagnosed cases outside Hubei Province has been declining.

"We cannot let panic infect us like a virus," he said. Germany will remain calm and rational and continue to carry out exchanges and cooperation with China.

China is capable to win the battle against the new coronavirus and is confident to minimize the impact and achieve this year's development targets, Wang said.

Merkel: Germany is confident that China can eventually contain the epidemic

During his meet with Merkel, Wang spoke about the positive changes following China's enormous efforts to contain the epidemic and thanked Germany for its assistance and donations for virus relief.

Wang told Merkel that China has taken responsibility for global public health security by trying to control the spread of the epidemic worldwide.

The minister also expressed gratitude for Germany's assistance with coronavirus relief, saying that political trust and bilateral cooperation will be further enhanced.

China appreciated the calm and rational attitude of the German side and is committed to maintaining normal bilateral exchanges despite the epidemic, Wang said.

The political trust and cooperation between both sides will be further enhanced, he said.

Merkel spoke highly of China's efforts to contain the outbreak and said Germany was ready to offer more assistance in light of China's needs.

She said China has taken decisive and effective prevention measures and implemented huge efforts to stop the outbreak, which is fully recognized, and that Germany was confident that China can eventually contain the epidemic.

This year, there are a series of important agendas between China and Germany as well as China and Europe, and Merkel hoped that the two sides would maintain close contact on these issues.

Speaking of the 5G issue, Merkel said that Germany will not exclude specific companies, and was willing to see both sides opening markets to each other.

She also said the two countries should work together to accelerate the negotiation of an investment agreement between the EU and China.

Germany recognizes China's role in major international and regional issues and is willing to strengthen communication and coordination with China, she added.

Wang was in Munich for the fifth round of China-Germany strategic dialogue on diplomacy and security. This is his first overseas trip since a novel coronavirus outbreak has hit China, infecting over 66,000 people across the country. He will also deliver a keynote address at the annual Munich Security Conference, which is being held from Thursday to Saturday.