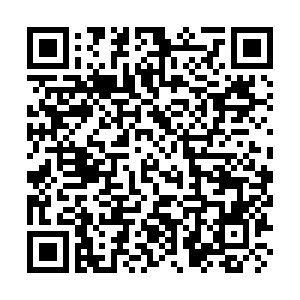 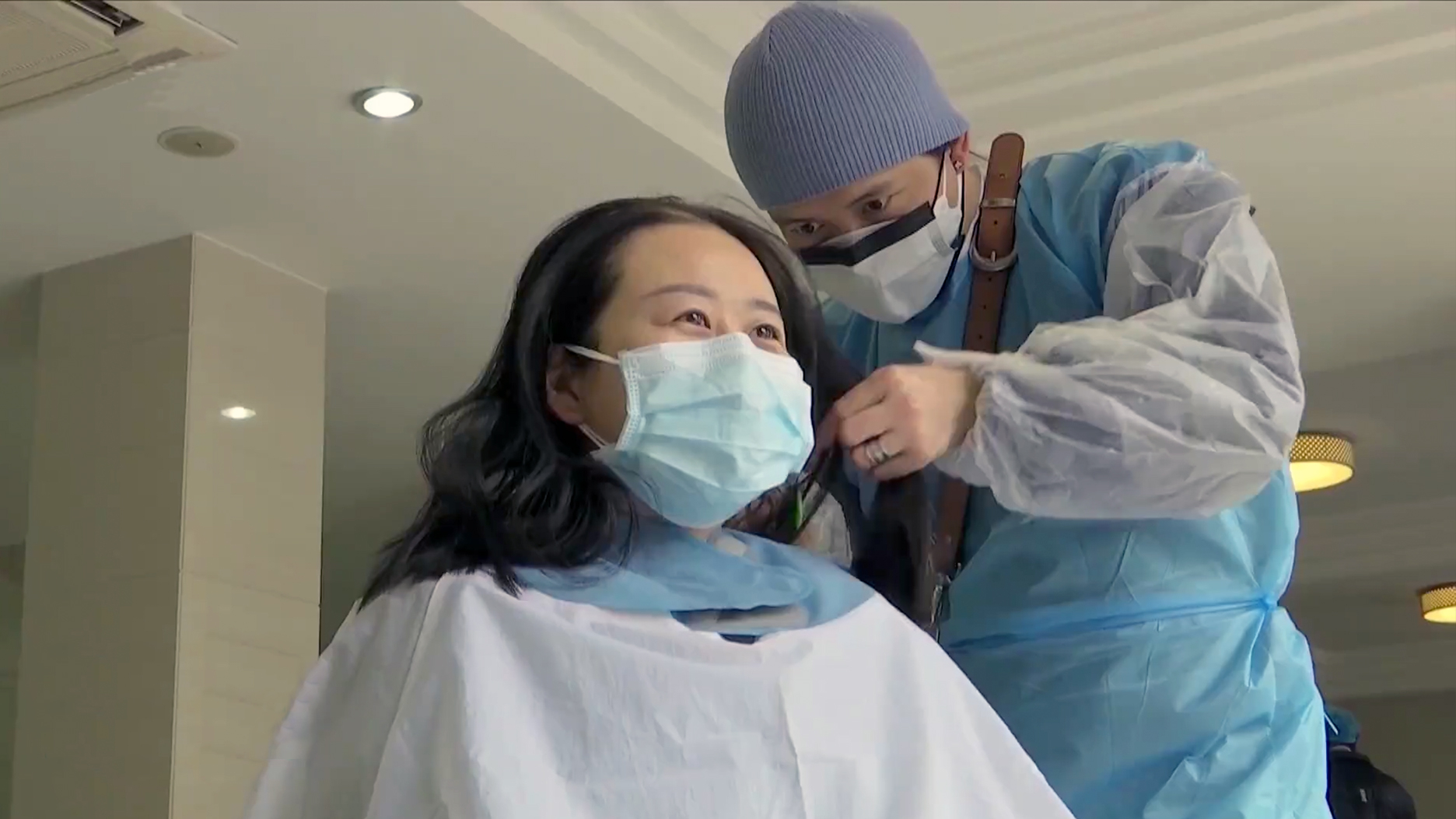 Keeping hair clean is one of the most important ways to prevent catching the novel coronavirus pneumonia. Protection is the top priority, so many medical staff have decided to keep their hair short. But one problem is that, since the lockdown on Wuhan, it has been hard to find an open salon.

Dony is a local hairdresser in Wuhan who has been cutting hair for over a decade. He hadn't been working much due to the COVID-19 outbreak. But now he is helping medical staff to get their hair cut for free.

One of Dony's clients asked him if he would like to come to Wuhan No.4 Hospital to cut hair. Dony admitted that he had concerns in the beginning, since it was a hospital for NCP patients. But, he said yes.

"I have not been overthinking it. I am not so worried about residues of virus on the hair as long as I wash my hands often. I think it will be fine," Dony explained. 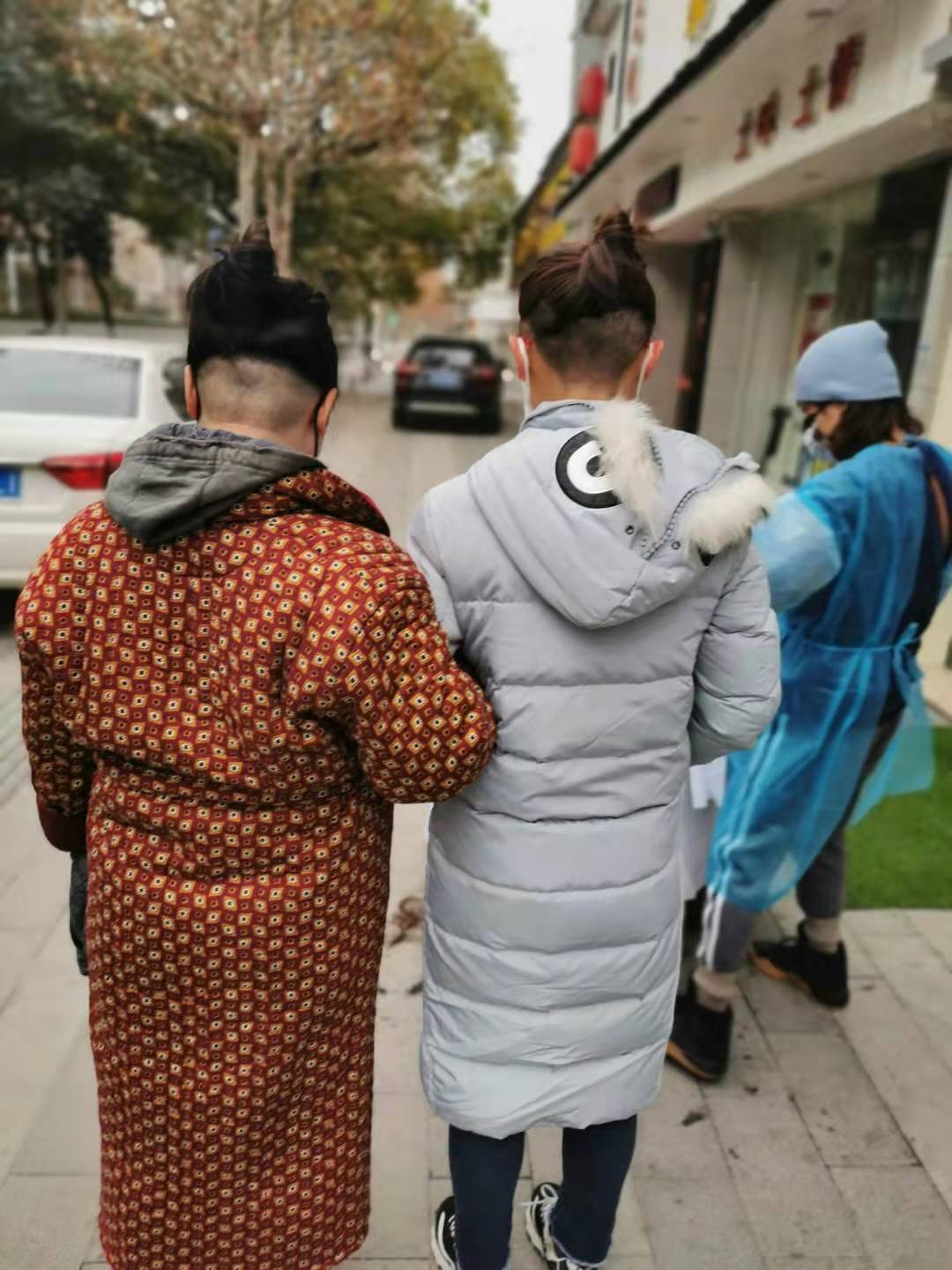 Some nurses ask to have the back of their heads shaved. /CGTN Photo

Some nurses ask to have the back of their heads shaved. /CGTN Photo

There was no fancy set-up in the hallway of the hospital. A dressing mirror and a regular chair were all Dony had. Dony said that he could not cut as precisely in comparison to his usual studio. But, he was still trying to satisfy what the medical staff wanted.

Some female nurses even asked him to shave the back of their heads, because right now, for medical staff, the easier for their hair to be covered by their caps, the better. 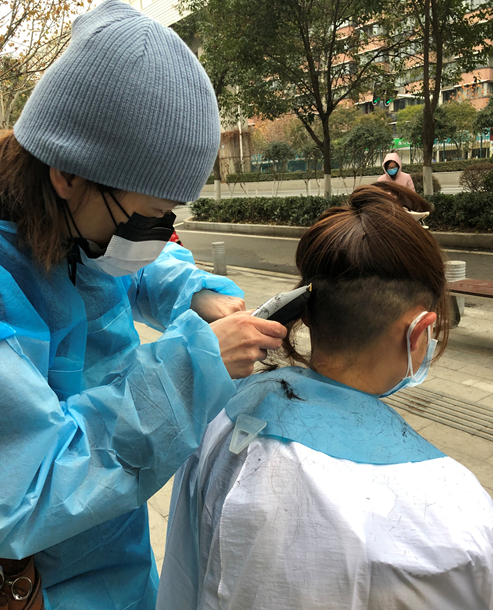 Dony shaves the back of a female nurse's head. /CGTN Photo

Dony shaves the back of a female nurse's head. /CGTN Photo

"At this special time, they are making such a sacrifice because for girls, hair is very important. I admire them a lot," Dony said.

Dony said that he felt glad to use his skills to provide any help possible. He has cut hair for 20 or so medical workers, a workload he said he could handle.