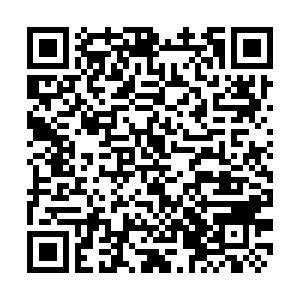 "This is like a war. Medics are the soldiers on the battlefield and we are the ones giving supplies for support," said Wang Jiong, a volunteer in Wuhan, central China's Hubei Province, the epicenter of the COVID-19 outbreak.

The 39-year-old is one of the voluntary drivers helping transport medical goods to hospitals and offering commuting services to the medics in the city. Sometimes, Wang also drives his car to other cities around Wuhan to make up for the lack of transportation.

Wang Jiong sends medical materials to a hospital in Wuhan. /Photo via The Paper

Wang Jiong sends medical materials to a hospital in Wuhan. /Photo via The Paper

"It's like a war. People need to step forward to the frontline," Wang said.

The volunteers keep their services running via an instant messaging app. The number of members has mounted to 2,000 from the original 50 in Wang's group.

There are more messaging groups created by volunteers in Wuhan offering several voluntary services. Some include medics, in order to meet the demand instantly as the city has suspended transportation service to reduce the virus spread. 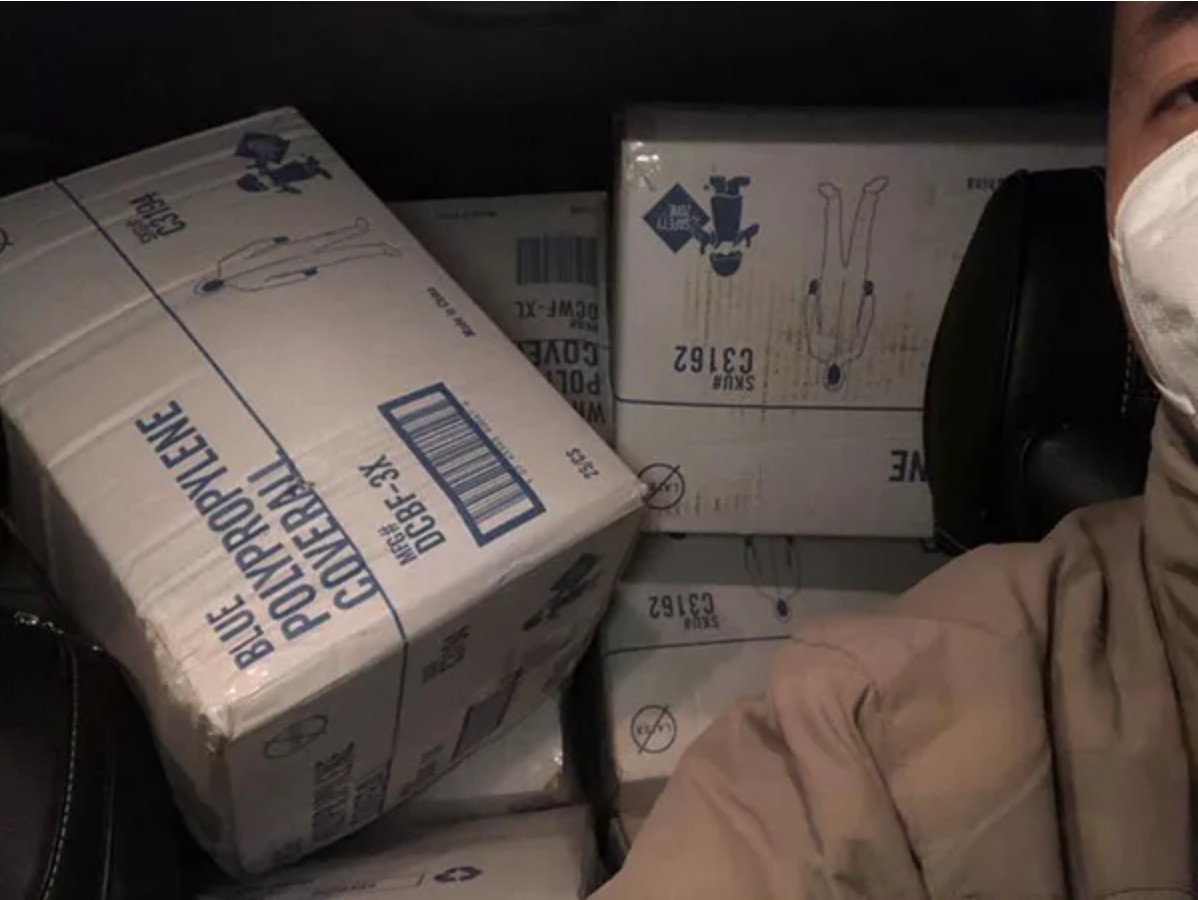 Zhao Liang is a local resident who came back from work overseas to Wuhan for celebrating the Spring Festival, but the city's lockdown stopped him from leaving. Zhao chose to join in the volunteers in the city, driving medical staff to work and transporting medical materials.

"In each time slot, there are medics who needs to be picked up and dropped off. They've been working so hard. They are risking their life in the frontline," Zhao told The Paper, a Shanghai-based news outlet, adding he was tired but had enough energy and motivation to lend his hand to anyone in need.

The emerging volunteers are not only giving a helping hand in the central city of Wuhan. In other cities, local people have also taken part in voluntary organizations to collect medical materials to support Hubei. Zhu Ke from Xiaogan, a city in Hubei Province, has created a volunteering team to help hospitals in his hometown though he is in his wife's home in Henan Province, 500 kilometers from the epicenter.

Zhu contacted several hospitals in Xiaogan City to know their needs in terms of medical materials. Then, his team initiated a donation campaign online and, so far, received over 60,000 yuan, which has been used to purchase surgical masks, protective goggles, and hazmat suits.

In the United States, Wang Xiaoxue from Yichang City, Hubei Province, who is doing his doctorate, was initially worried about her family because it was difficult to buy masks, so she decided to look for supplies for the city.

Wang contacted several American universities and donation organizations, and spread the donation information among the Chinese community. She finally received voluntary contributions of masks, disinfectants, hazmat suits, and goggles and send them to her hometown.

Wu Yong, a postgraduate in medical specialization in Guangxi Zhuang Autonomous Region, is also volunteering. During the virus outbreak, he joined a local team whose members have knowledge of medicine to give people online medical advice on preventing the infection.

"We give some medical, preventive and dietary suggestions to people with light symptoms before they are hospitalized," Wu said, adding that fewer patients of this kind turned to them for help as more makeshift hospitals have started receiving patients. 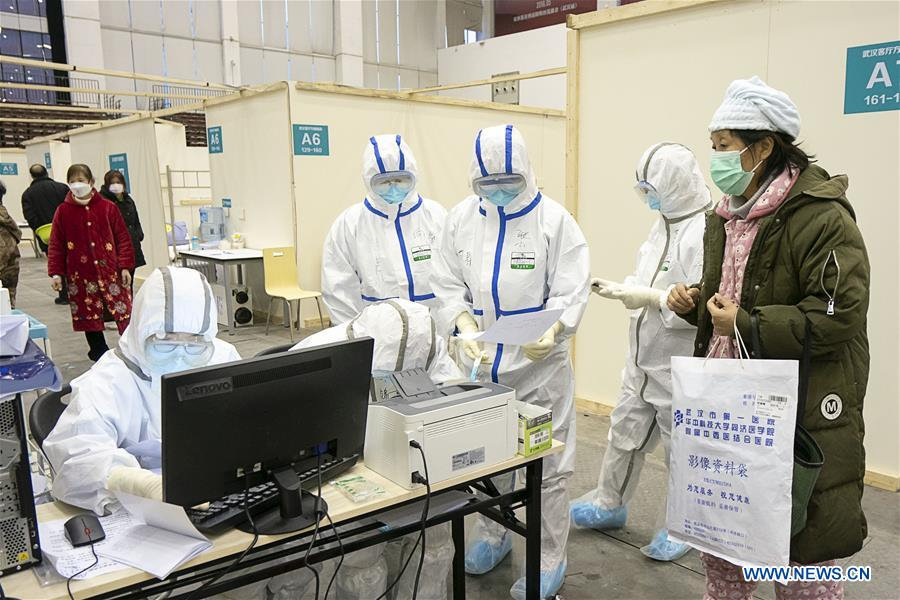 Medical staff register a patient in one of the temporary hospitals in Wuhan. /Photo via Xinhua

Medical staff register a patient in one of the temporary hospitals in Wuhan. /Photo via Xinhua

According to Hubei Province, there are nine makeshift hospitals offering nearly 7,000 beds for patients. 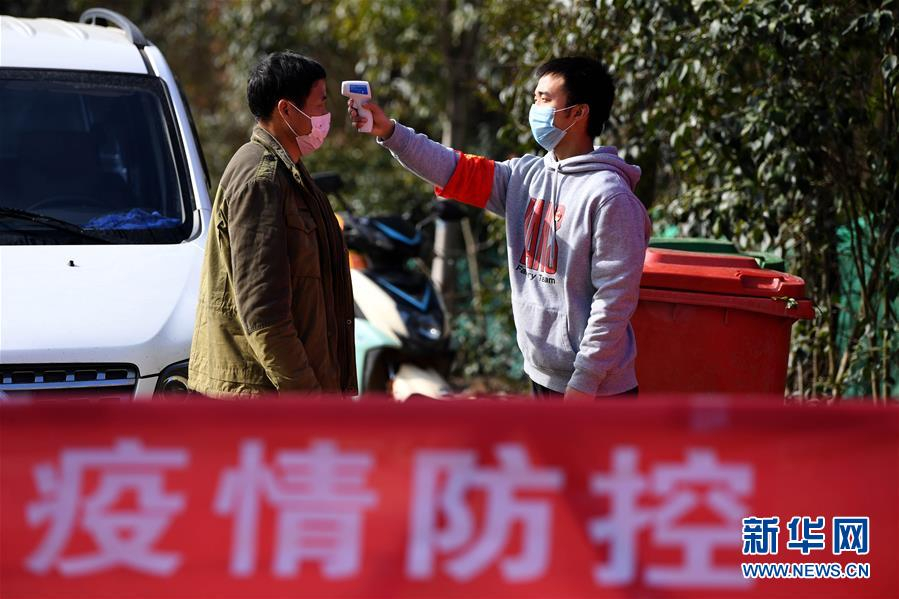 A volunteer tests the temperature for visitors in village in Anhui Province. /Photo via Xinhua

A volunteer tests the temperature for visitors in village in Anhui Province. /Photo via Xinhua

In the fight against the epidemic, medical workers are never alone. Volunteers have been active in the frontline nationwide to hamper the virus spread and protect communities and cities. According to China Volunteer Service, there are 145 million registered volunteers in China.