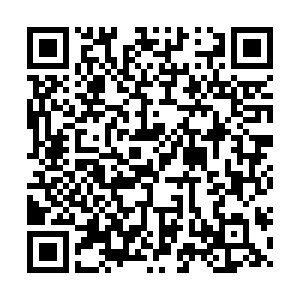 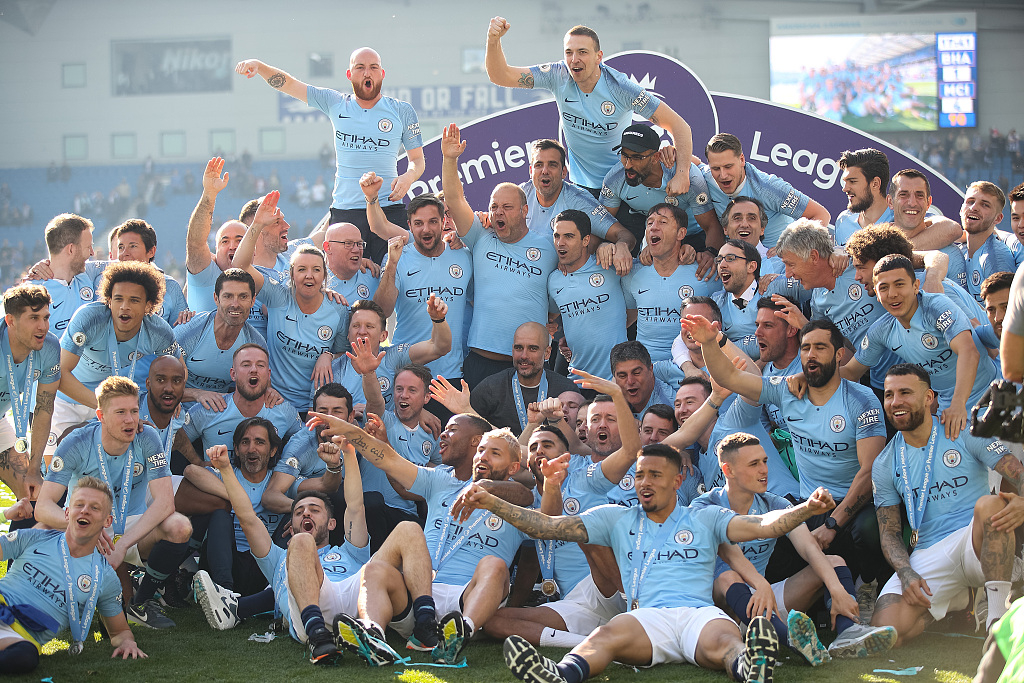 Manchester City win the Premier League champions with a 4-1 victory over Brighton in UK, May 12, 2019. /VCG Photo

Manchester City win the Premier League champions with a 4-1 victory over Brighton in UK, May 12, 2019. /VCG Photo

"Manchester City Football Club committed serious breaches of the UEFA Club Licensing and FFP Regulations by overstating its sponsorship revenue in its accounts and in the break-even information submitted to UEFA between 2012 and 2016."

"The Adjudicatory Chamber has imposed disciplinary measures on Manchester City Football Club directing that it shall be excluded from participation in UEFA club competitions in the next two seasons (ie. the 2020/21 and 2021/22 seasons) and pay a fine of 30 million euros (32.53 million U.S. dollars)." 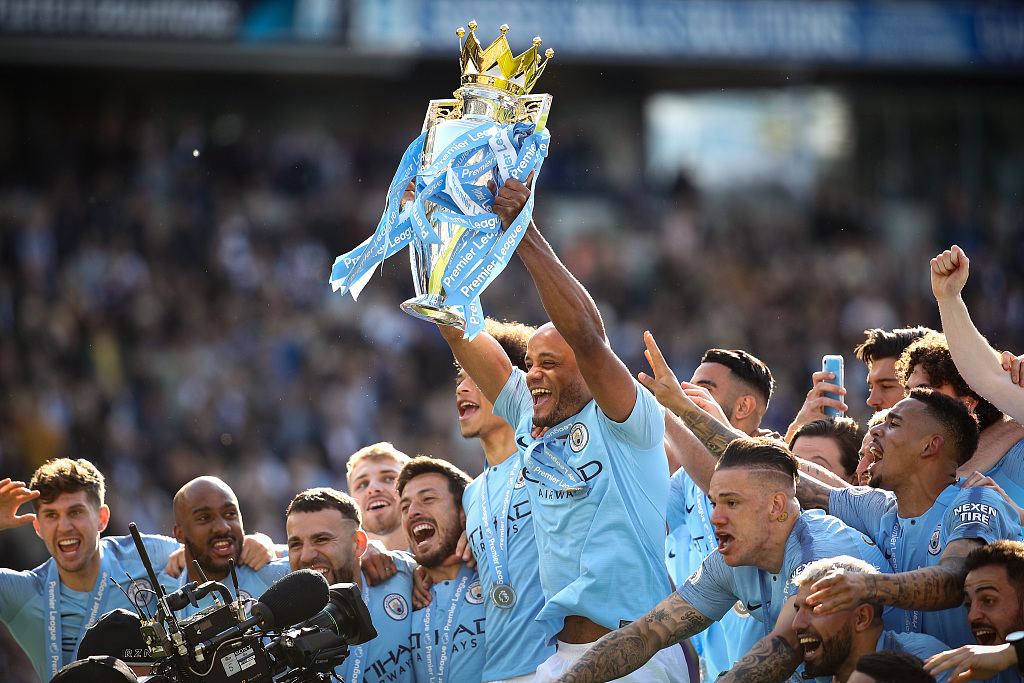 As one of the world football's wealthiest clubs, manager Pep Guardiola's side swiftly said on their website that they will appeal the decision to the Lausanne-based Court of Arbitration for Sport (CAS).

"Manchester City is disappointed but not surprised by today's (February 14) announcement by the UEFA Adjudicatory Chamber.

"In December 2018, the UEFA Chief Investigator publicly previewed the outcome and sanction he intended to be delivered to Manchester City, before any investigation had even begun. The subsequent flawed and consistently leaked UEFA process he oversaw has meant that there was little doubt in the result that he would deliver."

"The Club has formally complained to the UEFA Disciplinary body, a complaint which was validated by a CAS ruling."

"Simply put, this is a case initiated by UEFA, prosecuted by UEFA and judged by UEFA. With this prejudicial process now over, the Club will pursue an impartial judgment as quickly as possible and will therefore, in the first instance, commence proceedings with the CAS at the earliest opportunity."

The ban will raise questions about the future of City manager Guardiola and their key players.

City will face Real Madrid in their first leg at the Bernabeu on February 26, with the second leg at the Etihad Stadium on March 17. 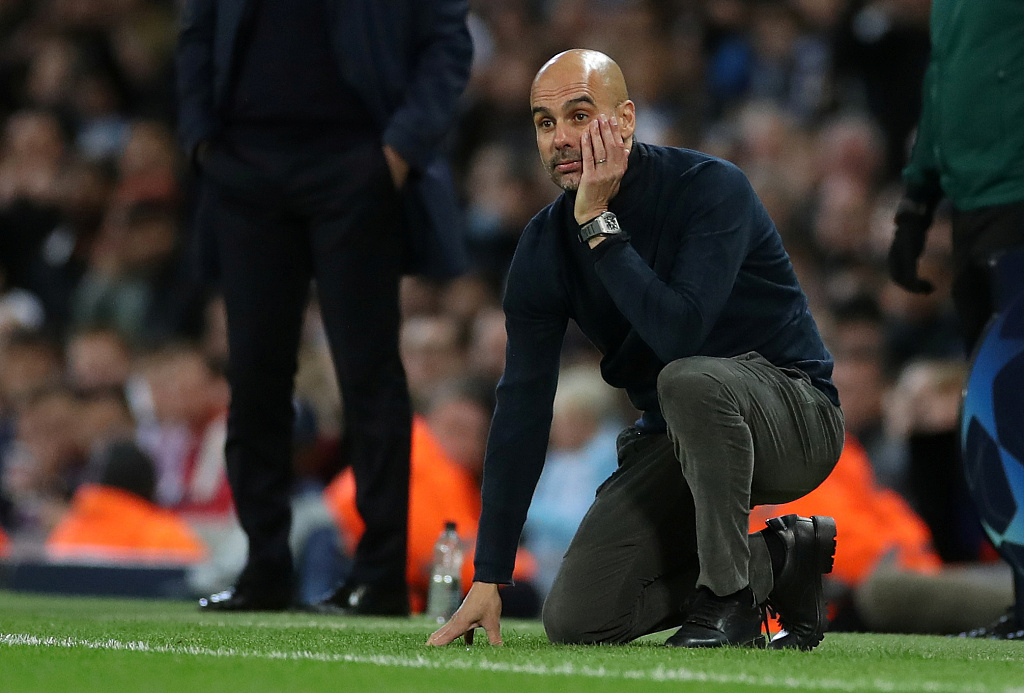 Guardiola has won two Premier League titles, an FA Cup, and twice lifted the League Cup since arriving at the Etihad Stadium in 2016.

His current contract runs until 2021 amid reports he has a release clause that can be triggered at the end of this season.

Guardiola said last month that he could be sacked if he failed to beat Real Madrid in the Champions League last 16.

"If we don't beat them, OK, come the chairman or the sport director and say, 'It's not good enough, we want the Champions League, I'm going to sack you,'" he told Sky Sports.

City are not the only English champions with financial problems - Saracens, the Premiership rugby titleholders and European champions have been relegated to the second-tier next season for salary cap breaches.

It is not the first time that Man City have fallen foul of FFP regulations, having been fined 60 million euros (65 million U.S. dollars) and seeing their Champions League squad reduced in May 2014. 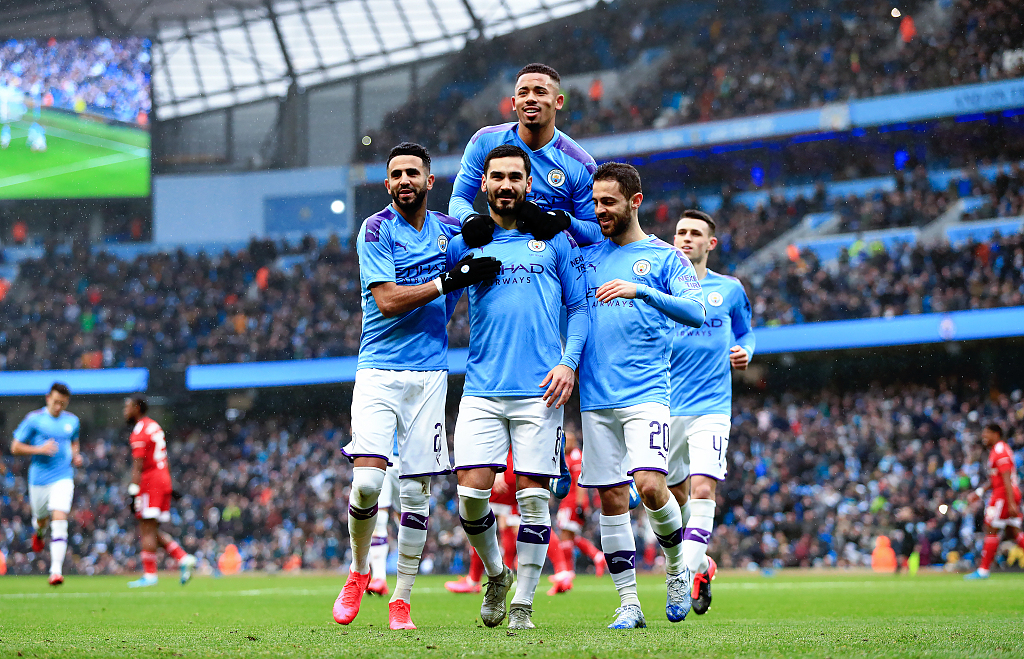 Different voices for the UEFA ruling

"Enforcing the rules of FFP and punishing financial doping is essential for the future of football... we finally have a good example of action."

And ex-England forward Marsh, ranked as one of City's greats after his spell there in the 1970s, was concerned the club's Abu Dhabi-based owner Sheikh Mansour could walk away in that case.

"If this decision is upheld it would not surprise me to see owner Sheikh Mansour sell the club," he tweeted.

"He has been superb for City and this is a huge kick in the balls. I wouldn't blame him."

Former City midfielder Michael Brown expected Mansour to fight to save the club's reputation and preserve their successful squad.

"They've been honorable how they've gone about it, as usual like Manchester City. This will be a shock for them but it will be something that they'll come out fighting.

"The owners aren't here for the short term, they will take it on. If any owners will take this adversity, it will be these."

Former Manchester United and England midfielder Paul Ince disagreed with Brown and suggested the ban may convince Guardiola and his players to look for a way out.

"Manchester City are one of the biggest clubs in the world," Ince told BT Sport. "The best players want to go to the best clubs because of the Champions League. If they're not in it for the next two years, are they going to be able to get the best players?"

"For Pep, they've got to win it this year. If they're not in it for the next two years, the question is what Pep's going to do and what players they're going to be able to attract."