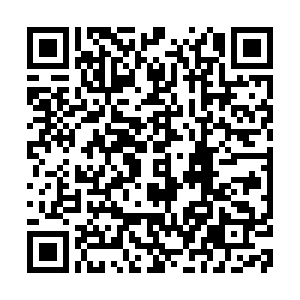 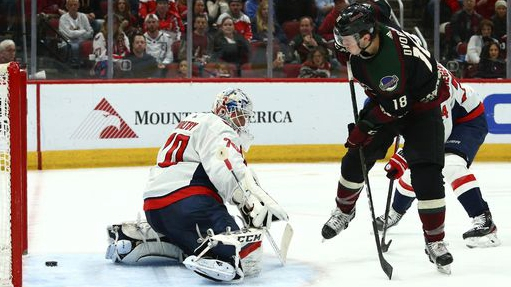 Alex Ovechkin tested Antti Raanta early with a hard slap shot from his customary power-play spot in the left circle. He tried to slip a quick release past Arizona's goalie late and tried shots from all angles, 17 in all.

One got through — and hit the post. Raanta stopped everything else that was on net, leaving Ovechkin still short of becoming the eighth player in NHL history with 700 career goals.

"I wasn't thinking about that too much, but obviously don't want to be in those highlights for 700," Raanta said. "One post, a couple of lucky saves and you take those."

Raanta was sharp all night after giving up three goals in a loss to Ottawa on Thursday night, making some tough saves to leave Ovechkin without a goal in four straight games for the first time this season.

Ovechkin has been down this road before; he went three games without a goal before notching No. 600 with his wife in the stands in 2018.

"He's getting himself in some good spots and that's really the least of my concerns," Capitals coach Todd Reirden said. "To me it's more about our team helping him out and producing a little more."

The Coyotes played a solid game in front of Raanta, pushing Ovechkin and the Capitals to the outside most of the night, a day after flying back from Ottawa.

Christian Dvorak scored his 18th goal in the second period and Kessel redirected a shot past Braden Holtby on a power play in the third. Lawson Crouse capped it with an empty-net goal.

"If we start trying to poke and go and play offense, we're just that type of team," Coyotes coach Rick Tocchet said. "We just have to play this way and embrace it. That's who we are and that's what we did."

The Capitals had their eighth multi-goal comeback on Thursday, rallying from a 2-0 hole to beat Colorado 3-2.

Ovechkin failed to score against the Avalanche, leaving him at 698 goals since scoring three in the third period against the Los Angeles Kings on February 4.

He had some good early chances against Arizona.

Raanta stopped Ovechkin's slap shot on a power play in the opening four minutes and the post stopped him from getting No. 699 in the second period. Raanta made another tough save on a quick-release shot by Ovechkin after Kessel's goal.

"He's a guy who can get a shot off at any angle. I've never seen anything like it," Tocchett said. "Raants made some big saves."

Both goalies were sharp early, turning away numerous good scoring chances in a scoreless first period.

Raanta stopped Ovechkin on the early power play and slid over to stop T.J. Oshie on a 2-on-1. Holtby was just as good, sprawling for a kick save on a shot by Derek Stepan and another close-range chance by Dvorak.

Dvorak finally got one past Holtby shortly after that, gathering the puck with his back to the goalie, turning and slipping it through his pads.

Hagelin tied it late in the second period, punching in a rebound after Raanta did the splits to stop a shot by Travis Boyd.

Kessel put the Coyotes up 2-1 on a power play early in the third period, redirecting Jacob Chychrun's shot for his 13th of the season.

Raanta turned away a flurry of shots in the final two minutes after Washington pulled Holtby.

"He made some good stops, Raanta was pretty good, but we had a lot of one and done," Hagelin said. "We had some good looks, but we didn't have enough sustained pressure."