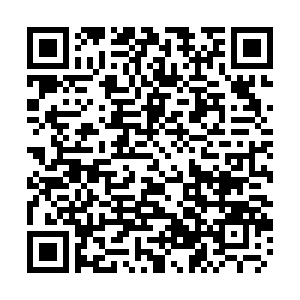 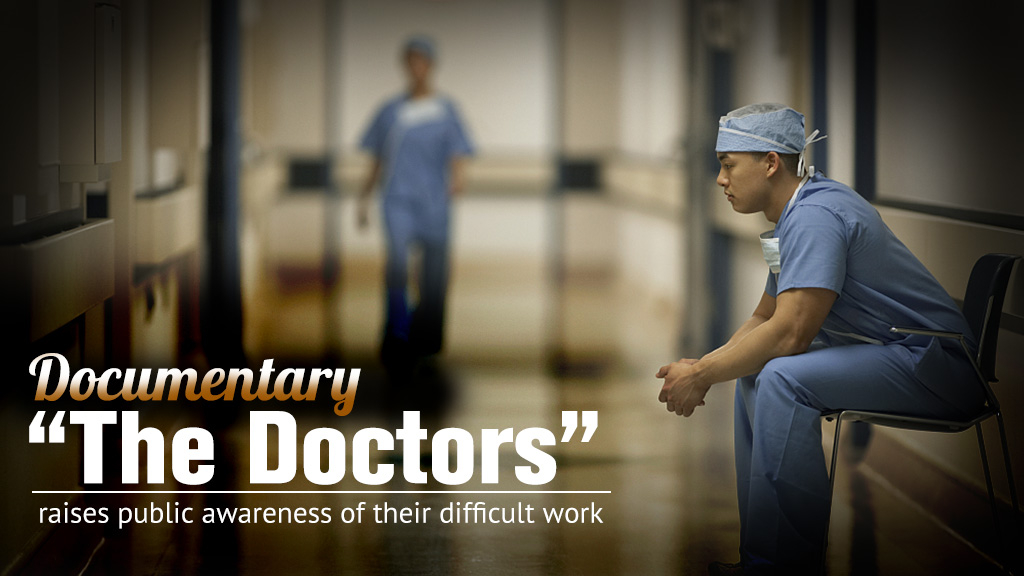 The medical documentary "The Doctors" has aroused public awareness of their tough job recently. Chinese netizens' discussion on the documentary has gained over 110 million responses on Weibo, China's equivalent of Twitter.

Being a doctor is never an easy job

Dr. Wang Dongjin of Nanjing Drum Tower Hospital had three operations in a row and had been standing for 17 hours when he was filmed. He said those who can't stand for so many hours won't be able to do the job. Another doctor from Henan Provincial People Hospital Zhu Liangfu has initiated the "Green Channel" to treat cardia-cerebrovascular patients around the clock. As a result, Zhu's team is on call around the clock.

One nurse on Zhu's team told the reporter, "I don't want my children to be doctors. It's all work and no time for family."

When most people enjoy their public holidays with families, doctors are working 24/7.

What it means for the society

The documentary shows how doctors struggle with pressure and how big their responsibilities are. And it's a chance to let people learn more about their job, which could potentially narrow the distance between the two sides and avoid further conflicts. 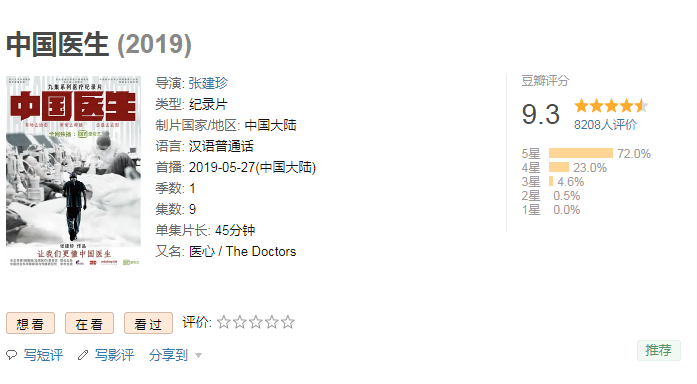 "The Doctors" is rated 9.3 out of 10 in Douban, China's popular film rating and review site.

"The Doctors" is rated 9.3 out of 10 in Douban, China's popular film rating and review site.

Physician-patient relations in China have been a heated topic. Some patients don't understand why doctors can't cure them and their families show disrespect to their medical carers. This intense relationship could be changed if patients can have a better understanding of doctors.

During the outbreak of the novel coronavirus, many doctors and nurses went to the epicenter to save patients. Their selflessness and dedication need to be seen and respected.

Some audiences commented that they would never have known so much about doctors without seeing the documentary.

"The Doctors" is rated 9.3 out of 10 in Douban, China's popular film rating and review site. It not only documents doctors' real lives, but also tries to rebuild the trust between doctors and patients.