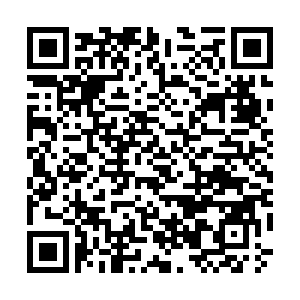 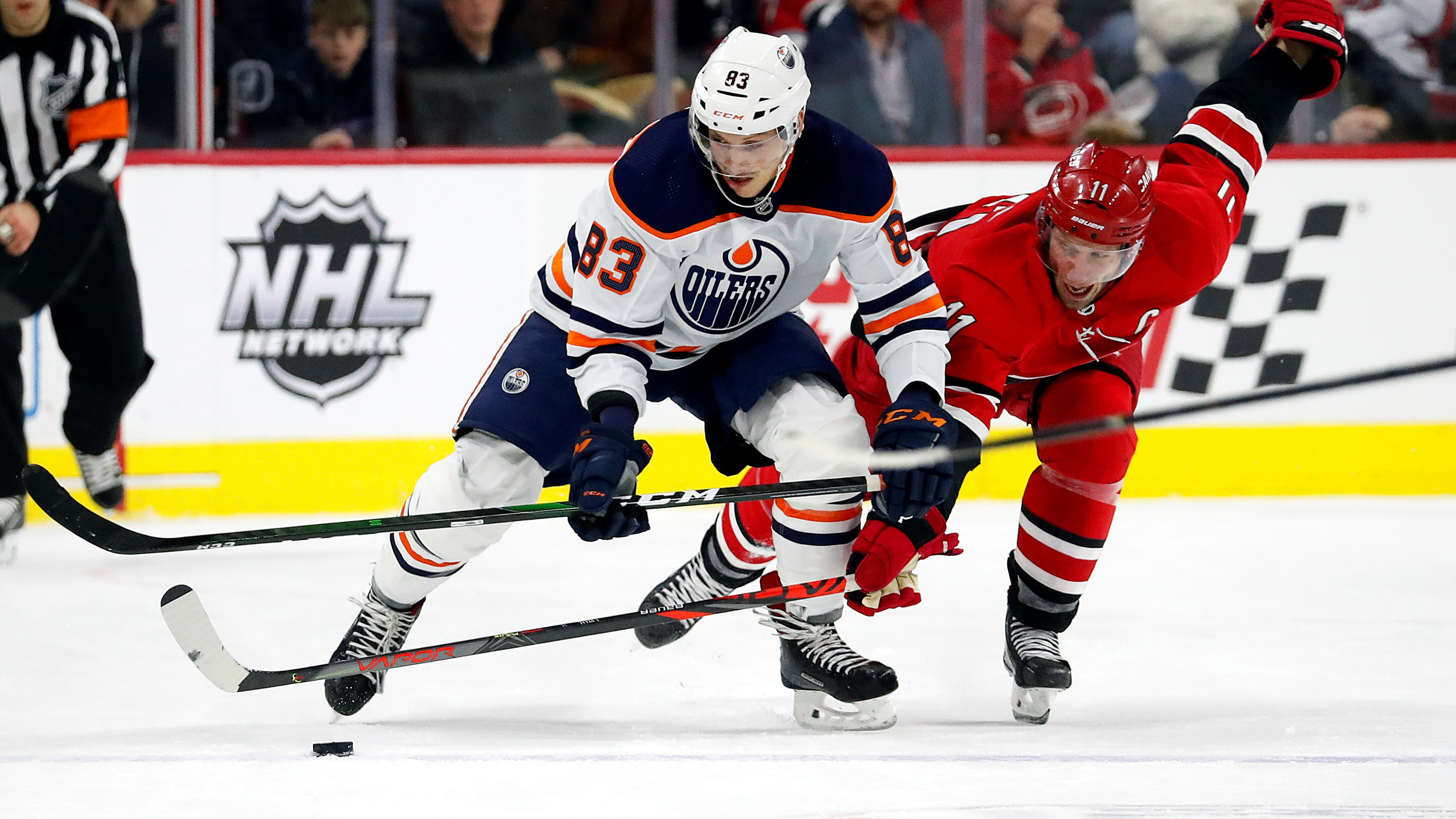 Matt Benning #83 of the Edmonton Oilers and Jordan Staal #11 of the Carolina Hurricanes compete for the puck in an NHL game at the PNC Arena in Raleigh, North Carolina, February 16, 2020. /AP Photo

Matt Benning #83 of the Edmonton Oilers and Jordan Staal #11 of the Carolina Hurricanes compete for the puck in an NHL game at the PNC Arena in Raleigh, North Carolina, February 16, 2020. /AP Photo

Josh Archibald scored his second goal of the game in overtime, NHL points leader Leon Draisaitl had a goal and two assists, and the Edmonton Oilers beat the Carolina Hurricanes 4-3 Sunday.

Draisaitl set up Archibald's goal 3:57 into overtime for his 95th point of the season. Kailer Yamamoto also scored for Edmonton, and Mike Smith had 28 saves.

Archibald said the Oilers were trying to play calmly in their third game in four days. Edmonton is 6-0 this season on the second game of a back-to-back, including 5-0 on the road.

"We were just trying to play simple, play solid," he said. "When we went down, we battled back."

Sebastian Aho had two goals and an assist for Carolina, including a tying goal with 5:02 left in the third period.

"I thought our guys showed real good resolve in the third," coach Rod Brind'Amour said. "It was business. I thought we probably deserved better."

Edmonton scored twice in a 28-second span in the second period for a 3-2 lead. Yamamoto scored after Draisaitl's shot deflected off Joel Edmundson during an Edmonton power play, and Archibald tallied after a Carolina turnover.

James Reimer stopped 20 shots for Carolina, which outshot the Oilers 10-3 in the third period.

The Hurricanes took a 2-1 lead 5:19 into the second period on a breakaway goal by Aho. He beat Smith after a feed by Jaccob Slavin, who had two assists.

The Hurricanes took the lead 12 seconds in on Trevor van Riemsdyk's first goal of the season. Edmonton, which owns the league's top power play, scored about six minutes later, just at the expiration of a penalty by Carolina. Draisatl snagged a loose puck off the skate of Slavin and fired past Reimer for his 34th goal of the season.

Edmonton is 3-1 without star Connor McDavid, who was placed on injured reserve last week with a quadriceps injury.

"We're not a one-man team," Draisaitl said. "Obviously, our team is a lot better when Connor's on it, but it's nice that we're able to grind out a few wins with him being away from the team."