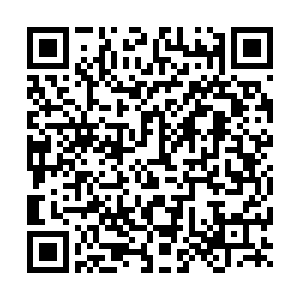 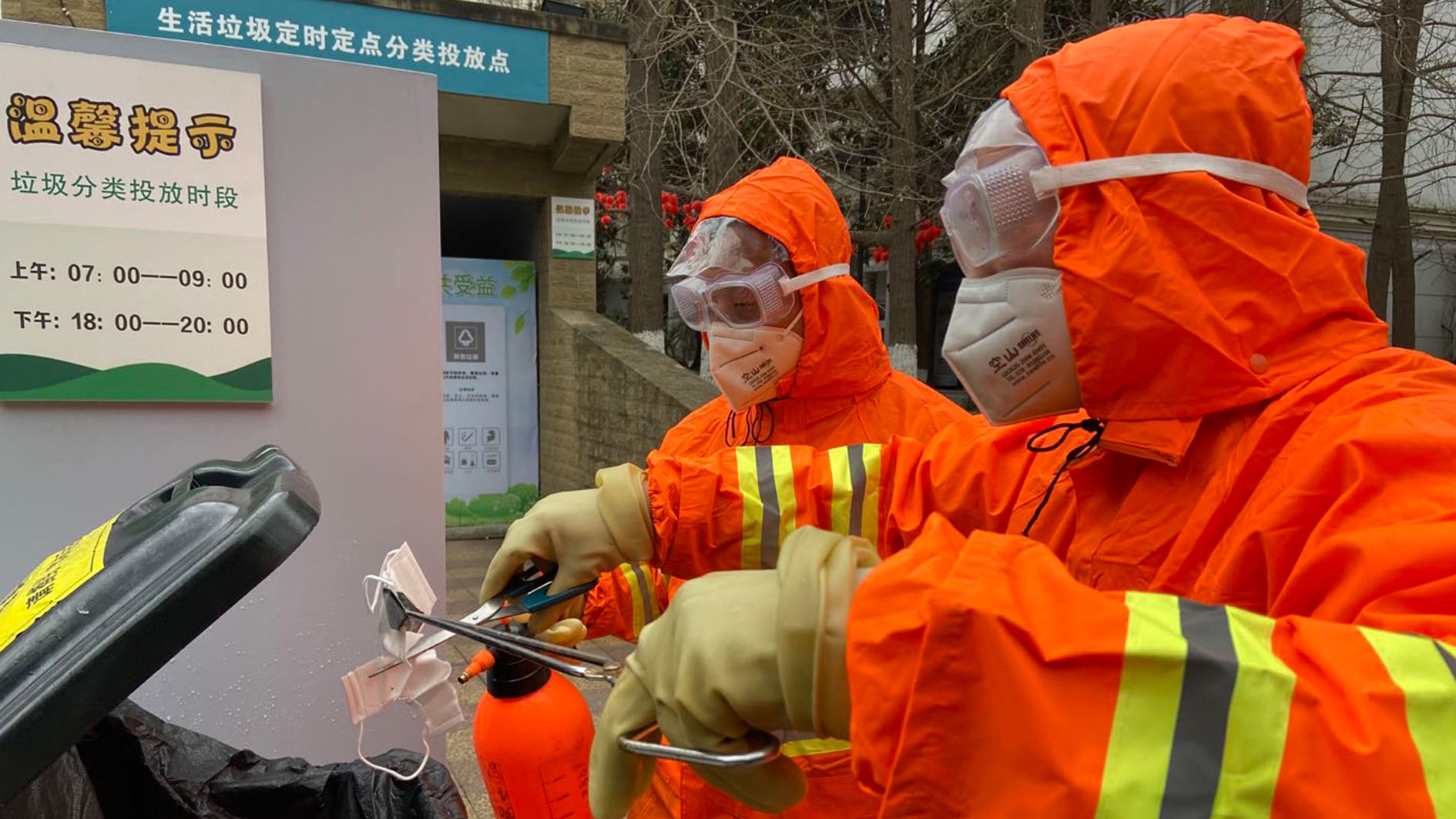 As the novel coronavirus epidemic continues to plague China, the use of masks is soaring. But how to properly dispose of them after wearing them is raising a lot of concerns. In the city of Chengdu in southwestern China, the local government is dealing with the problem in a strict manner.

A batch of sanitation workers have been tasked to collect the used masks from urban neighborhoods since late January.

"We need to take our temperature first thing every morning, and then sterilize our tools. We start to work only when these precautions are done," Zeng Daoming, a sanitation worker in the city, told CGTN. 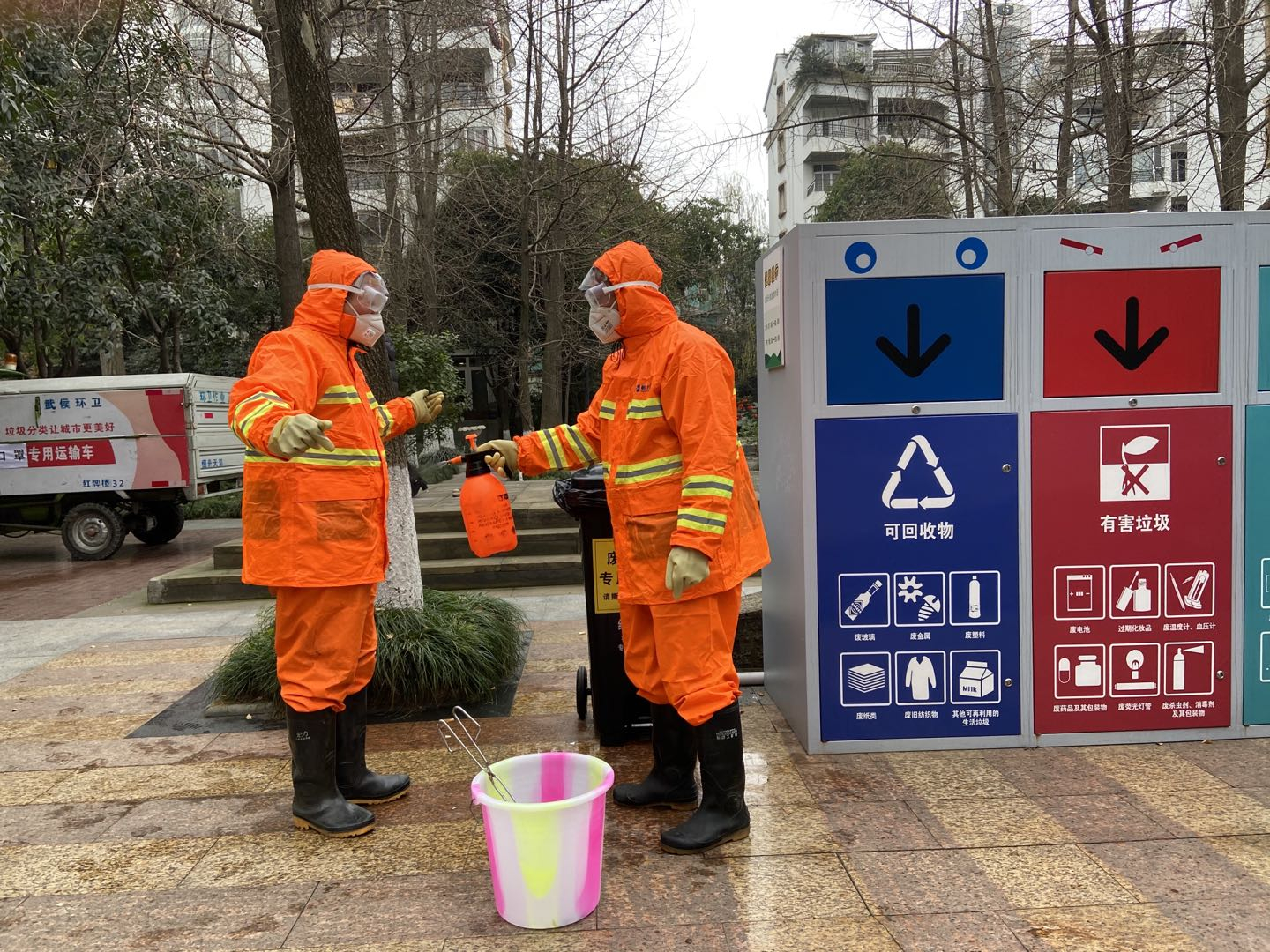 Two sanitation workers in Chengdu disinfect each other after disposing of the used masks. /CGTN Photo

Two sanitation workers in Chengdu disinfect each other after disposing of the used masks. /CGTN Photo

The seemingly simple job involves series of procedures. One important step is that they need to cut the masks into pieces in case they might be recycled by some people. Disinfection is conducted throughout the whole process, not only towards the masks and special trash bins, but also the motor tricycle transporting the waste, and the workers themselves.

"This job is risky, but I'm not afraid. As long as we take careful precautions, the epidemic is not that awful. But I do hope every citizen can take it seriously and behave themselves," said Zeng.

Following the preliminary disposal, these used masks will be sent to waste compression transfer stations for further treatment.

The Nanqiao Waster Compression Transfer Station is one of such facilities in the city, which deals with about 1,300 tonnes of domestic waste every day. During this special period, it's taking targeted measures to deal with the masks.

"We set a designated berth for the used masks to be compressed, and prepare three special storage containers and two vehicles to transfer them," said Xiao Yifu, a deputy chief at the station. 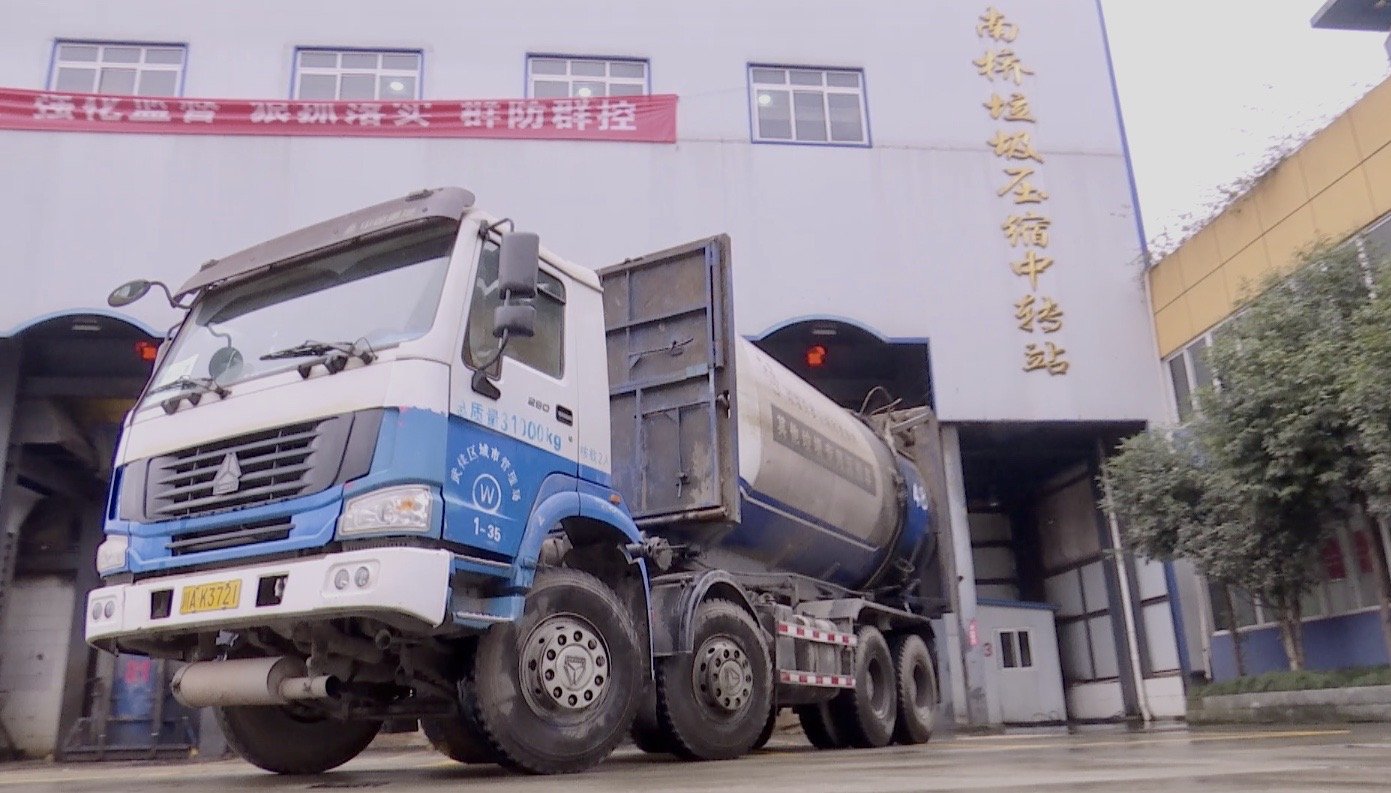 Some used masks are transported to an incineration plant after being treated in a waste compression transfer station in Chengdu. /CGTN Photo

Some used masks are transported to an incineration plant after being treated in a waste compression transfer station in Chengdu. /CGTN Photo

The destination for the masks are the waste incineration plants in the city. The masks are incinerated in no time after being transported to these facilities.

"The masks are sent to the incinerator immediately after being unloaded to make sure they aren't mixed with other waste and become potential risks," said Xu Wanli, general manager of the Chengdu Wanxing Power Plant, one of the six waste incineration plants in Chengdu. 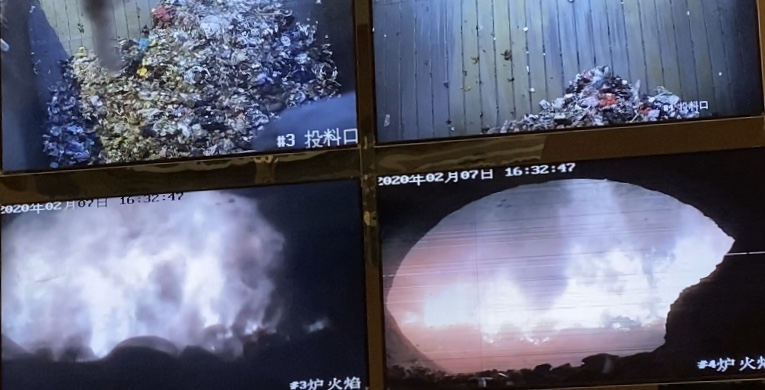 Some used masks are incinerated in a plant in Chengdu. /CGTN Photo

Some used masks are incinerated in a plant in Chengdu. /CGTN Photo

The move has been widely applauded by citizens, who are on high alert because of the infectious virus.

"We worried earlier that if the used masks were picked up by someone and recycled, it would be very dangerous. So I think the government has really done a good deed for us," said a local resident who only gave her surname as Zhang.

But for the sanitation workers, they are also in a dilemma – there is a shortage of masks that can help protect them when working this tough but critical job.