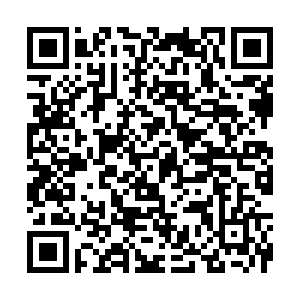 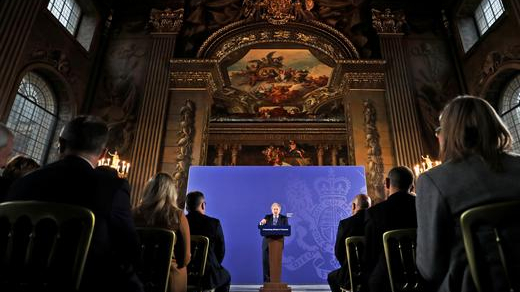 British Prime Minister Boris Johnson outlines his government's negotiating stance with the EU after Brexit during a speech at the Old Naval College in London, February 3, 2020. /Reuters Photo

British Prime Minister Boris Johnson outlines his government's negotiating stance with the EU after Brexit during a speech at the Old Naval College in London, February 3, 2020. /Reuters Photo

To some analysts, Britain's divorce from the European Union (EU) is synonymous with an inescapable Anglo-Saxon union with the United States as if London has to choose from the binary options of Brussels or Washington. But London is London or, as former British Prime Minister Theresa May once joked, "Boris is Boris."

If one accepts Boris Johnson's recent decision to accommodate Huawei in the country's 5G plan as a crude barometer of the UK's post-Brexit foreign policy trajectory, it is clear that Britain is striving to carve out an independent foreign policy that aligns with neither Washington nor Brussels.

I would argue that Johnson's strategy to reassert the UK's global clout is based on building a coalition of similar-sized, like-minded "middle powers" as the fourth pole on the world stage alongside the U.S., China and continental Europe (i.e. EU27). To this end, rapidly growing economies in Pacific Asia are Britain's natural partners of choice.

It is telling that just before it formally departed from the EU, Britain opened its new permanent diplomatic mission to the Association of Southeast Asian Nations (ASEAN) in Jakarta on January 15. At the opening ceremony, the UK's minister for Asia and the Pacific Heather Wheeler made no secret that Britain will step up comprehensive engagement with the Southeast Asian bloc, which taken as a whole represents the world's sixth largest economy. In 2018, total two-way trade in goods and services between the UK and ten ASEAN member states reached £37.2 billion (approximately $49 billion).

In the past weeks or so, Pacific Asia was in the spotlight once again. British foreign secretary Dominic Raab embarked on a four-country tour from February 7-11 to Australia, Japan, Singapore and Malaysia. 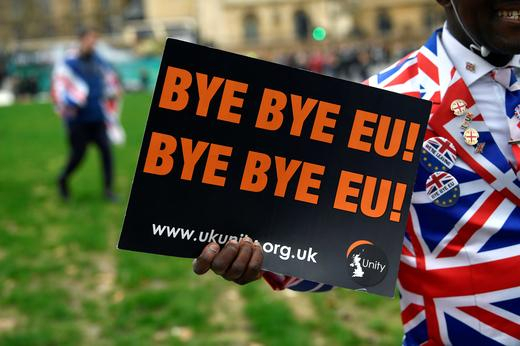 In Canberra, Raab urged the UK and Australia to start negotiating a comprehensive free trade deal to cement the "unique friendship, with shared history." In Tokyo, Raab indicated the UK's commitment to cooperating with Japan on various global affairs and to collectively buttressing the rules-based international order. Again, a potential ambitious post-Brexit UK-Japan trade deal was mentioned by the trade-minded foreign secretary as Britain broadens its economic horizon beyond Europe.

Raab's subsequent working visits to Singapore and Malaysia were in perfect line with London's intention to reshape and strengthen its economic and diplomatic ties with Southeast Asia. The two former British colonies are seen as the UK's ready gateways into this economically prosperous region inhabited by 650 million people.

Besides all being like-minded "middle powers" embracing liberal democracy and the free market, Australia, Japan, Singapore and Malaysia share an interesting (but by no means coincidental) commonality of being party to the Comprehensive and Progressive Agreement for Trans-Pacific Partnership (CPTPP).

Indeed, Raab admitted in Kuala Lumpur that Britain's accession to the CPTPP is "certainly a priority" for the UK's post-Brexit trade policy. Previously known as the Trans-Pacific Partnership before the U.S. withdrawal, the 11-country CPTPP is now the world's third largest free trade area (after United States–Mexico–Canada Agreement and the European Single Market) and encompasses a host of other dynamic economies like Canada, New Zealand and Vietnam.

Being part of the CPTPP will grant British businesses preferential access to and enhanced investment protection in around 13 percent of the global market.

It will also offer a platform where the UK can have a say over the formulation and evolution of trade rules governing 21st century trade issues such as competition, intellectual property and investor-state dispute settlement. But more importantly, it opens a window of opportunity for the UK to scale up and project its geopolitical and economic influence in regions other than the North Atlantic which is and will always be dominated by the two giants – the U.S. and the EU.

Joining and then leading the CPTPP might be the first step in delivering on the UK's ambition of resurrecting a "Global Britain" as the fourth pillar in a multipolar world. Should the UK indeed successfully leverage trade to pull off a mini-lateral bloc uniting key British Commonwealth nations like Canada, Australia, Singapore, New Zealand and Malaysia and valuable CPTPP members including Japan and Mexico, there might be a possibility for London to stand up to Washington, Beijing and Brussels as equals. Until then, what Boris Johnson touted as Britain's "global potential" remains unfulfilled.