Syrian forces seize most of Aleppo, resolve to retake all from rebels
CGTN 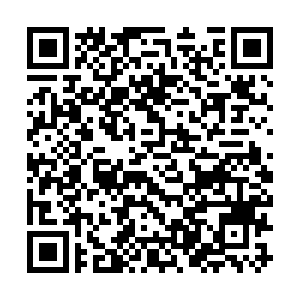 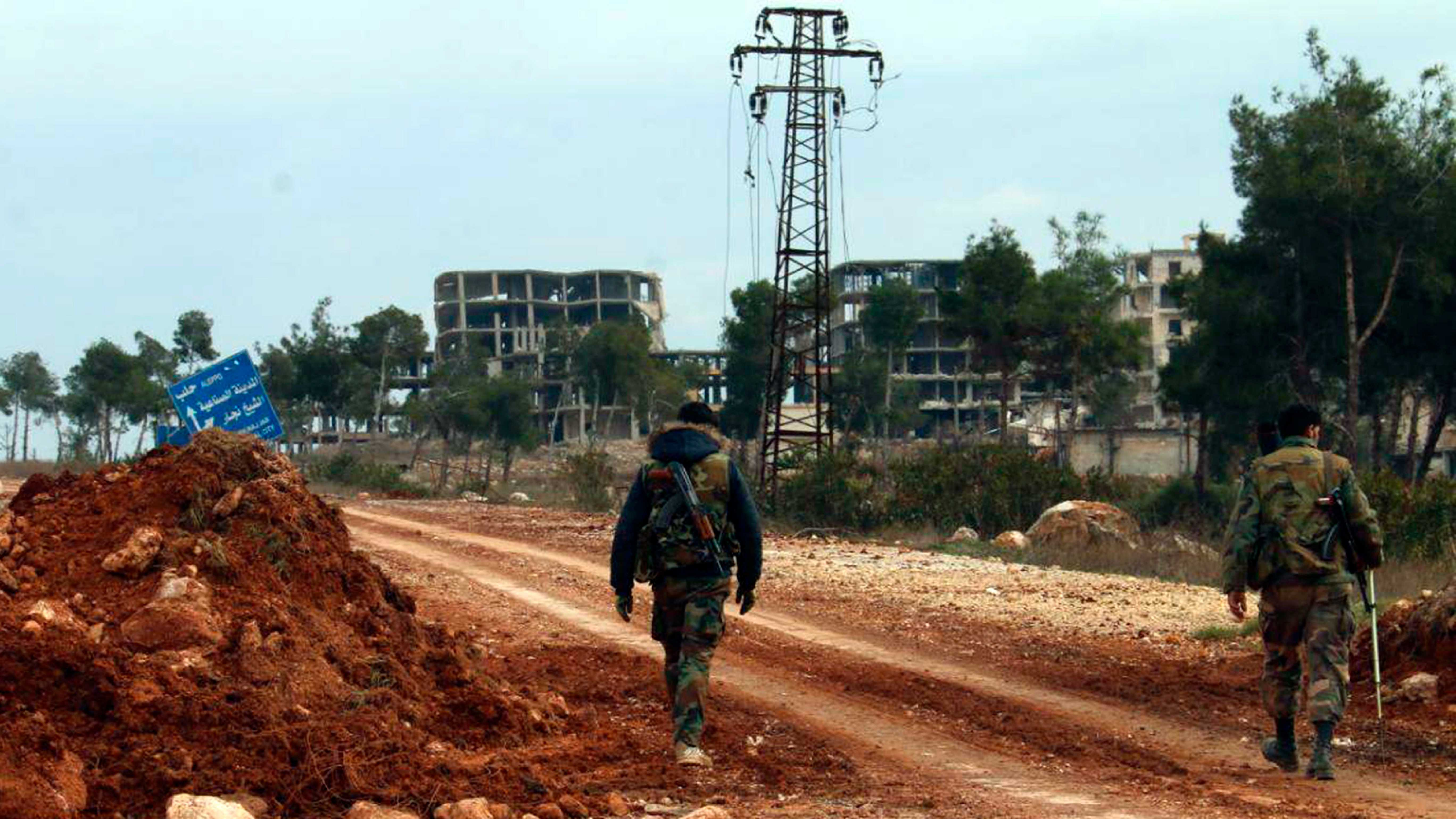 Syrian President Bashar al-Assad highlighted his administration's determination to retake all Syrian areas from rebels, during his meeting with Iranian Parliament Speaker Ali Larijani in Damascus on Sunday.

"The Syrian nation was determined to liberate all Syrian land from terrorism," Assad said.

The meeting comes as Syrian government forces made significant advances in the country's northwestern Aleppo Province, seizing most of the rebel-held region, the state media SANA reported.

Countries hostile to Syria are still trying to protect "terrorists" who take civilians as hostages and human shields, which cannot be allowed to continue at the expense of the life, security and stability of the citizens, Assad said.

Larijani affirmed Iran's continued support for Syria, noting the recent victories made by the Syrian army. 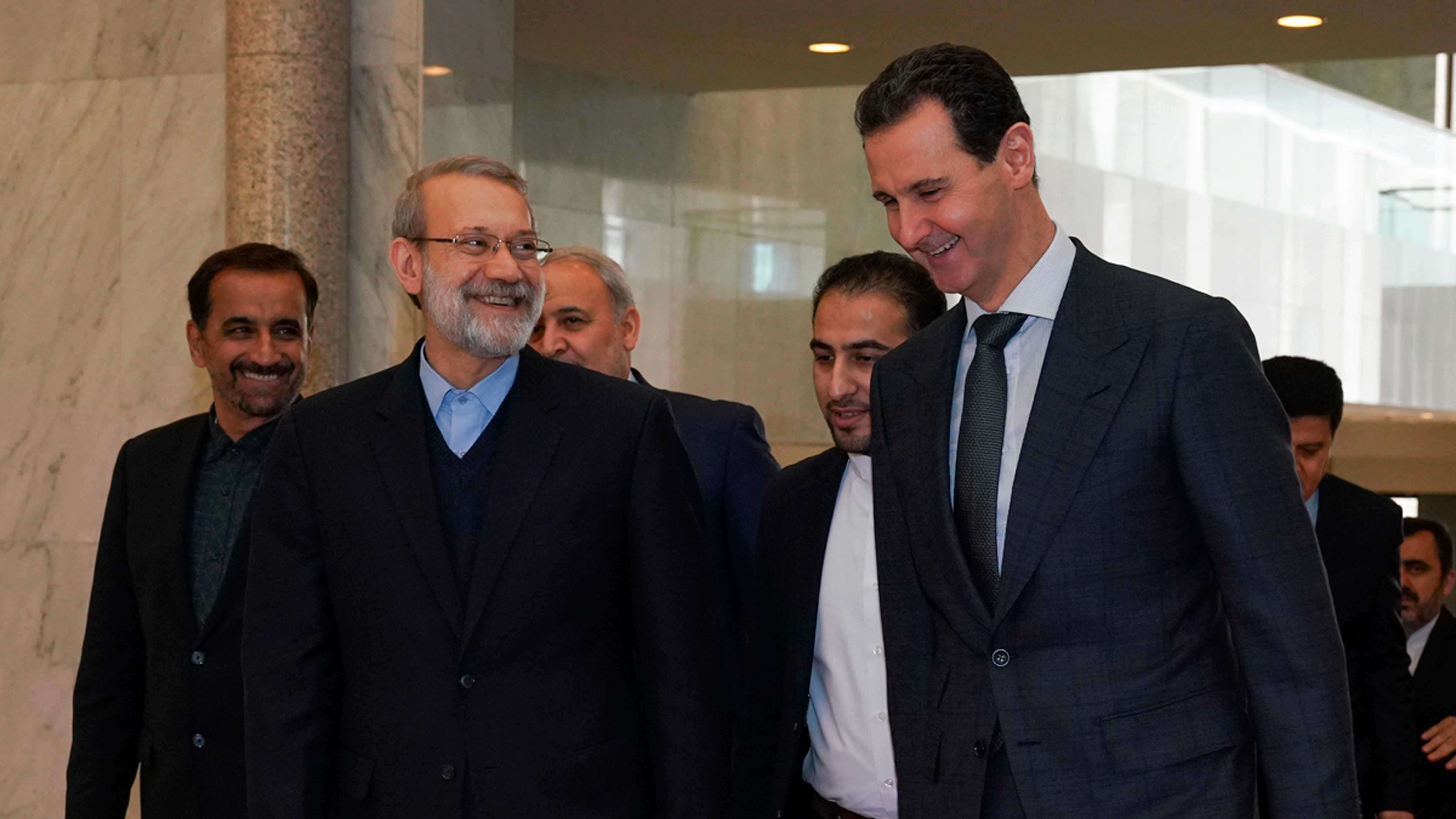 The advances come after Assad's forces drove insurgents from the key M5 highway linking Aleppo to Damascus, and reopened the fastest route between Syria's two biggest cities for the first time in years.

Turkey-backed rebels have meanwhile launched an operation in Idlib to retake areas lost to Syrian government forces. Turkey's state-run Anadolu news agency said on Sunday that a 100-vehicle convoy of reinforcements, including troops, tanks and military vehicles and equipment, had been deployed to Idlib.

Turkey has so far sent thousands of troops and hundreds of convoys of military equipment to reinforce its observation posts in Idlib, established under a 2018 de-escalation agreement with Russia. Images from the region showed many houses draped in Turkish flags, while footage showed residents chanting slogans as convoys passed by.

A suicide bomber with the main insurgent group in the area, the jihadist Hayat Tahrir al-Sham faction, blew himself up in an attack on Russian positions in the town of Kafr Aleppo, the Ibaa news outlet affiliated with the group reported. 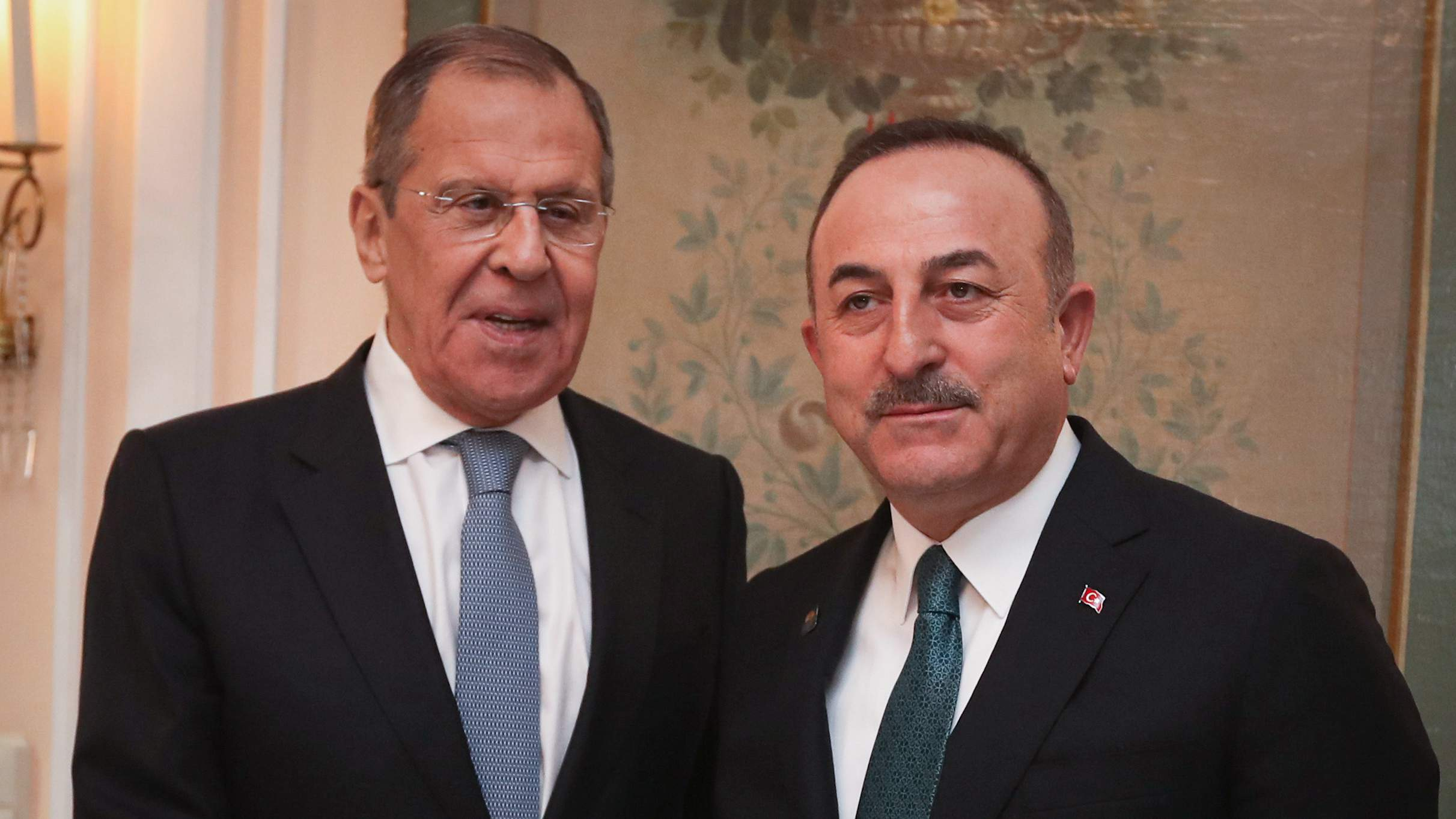 As Syrian forces continued their push to retake Idlib, the last major rebel-held enclave in Syria, Turkish Foreign Minister Mevlut Cavusoglu said on Sunday he told his Russian counterpart Sergei Lavrov that attacks in Idlib must stop immediately and that a lasting ceasefire has to be achieved.

"We told (Russia on Saturday)... that the aggression in Idlib must stop and that a lasting ceasefire has to be achieved now," Cavusoglu told reporters during a briefing at the Munich Security Conference, adding that Turkish and Russian officials will discuss the issue in Moscow on Monday.

Cavusoglu also said he met with some U.S. lawmakers at the conference, and added Washington should work to improve its relations with Ankara anyway, not just due to current tensions between Turkey and Russia.

"We told them that we expected a sincere approach from the United States in line with the spirit of our alliance," he said, days after the top U.S. envoy for Syria came to Ankara for talks on Idlib and cooperation in Syria.

Turkish President Tayyip Erdogan has said his military will drive back Syrian forces if they do not withdraw out of Idlib by the end of the month. On Saturday, he appeared to pull that date forward, saying Turkey would "handle it" before the end of the month if there was no pullback.

In a Saturday call with Erdogan, U.S. President Donald Trump "expressed concern over the violence in Idlib, Syria and... conveyed the United States' desire to see an end to Russia's support" for the Assad government, the White House said Sunday.

Trump also "reiterated that continued foreign interference in Libya would only serve to worsen the situation" in the phone call.

(With input from AFP, Reuters, Xinhua)