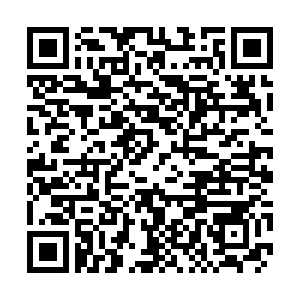 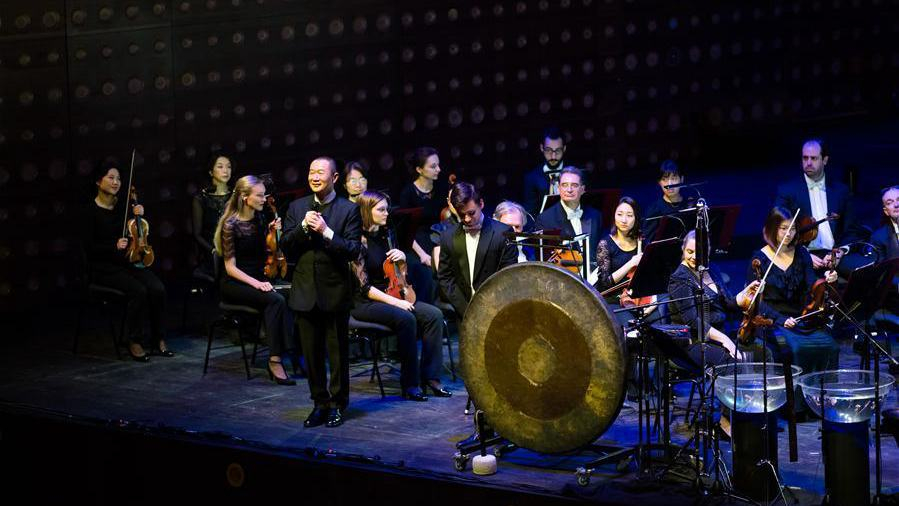 The premiere of renowned Chinese musician Tan Dun's new composition, "Sound Pagoda – The 12 Sounds of Wuhan," was performed by the Antwerp Symphony Orchestra in the Queen Elizabeth Hall in Antwerp, Belgium on Saturday.

The concert, conducted by Tan, was the first held by the international music community to extend love, care and support to the central Chinese city of Wuhan, the epicenter of the novel coronavirus outbreak, which has so far caused over 1,700 deaths and infected more than 70,000 people in China.

Around two pools of clean water in the center of the stage were 12 gongs, one of the many kinds of Chinese musical instruments which first made its way into Western orchestras.

Dedicated to supporting Wuhan's battle against the epidemic, Tan, who has won Academy and Grammy Awards for his original piece for the Oscar-winning blockbuster "Crouching Tiger, Hidden Dragon," created the new composition during his flight from New York to Brussels earlier this week.

The composition was written to honor Wuhan's percussion instruments as the city is known for its cymbals and gongs throughout the world. The Antwerp Symphony Orchestra has three Wuhan gongs which were played in the performance.

"The Wuhan gongs, which have left a deep impression around the world, are a must for symphony orchestras," said Tan. "Without the Wuhan gongs, there would be no such wonderful classical music like Beethoven's 'Ode to Joy' or Mozart's 'Requiem.'"

"This is why Wuhan and the people of Wuhan hold a special meaning for musicians," Tan said in front of a large gong.

It was no coincidence for Tan to choose 12 large gongs to perform his new composition. "'The 12 Sounds of Wuhan' symbolizes not only the 12-hour life cycle, 12 Chinese zodiacs and 12 months, but also spiritual culture and harmonious coexistence between man and nature, calling on the world to fight COVID-19 (abbreviation for the novel coronavirus disease)."

"I hope that we can commemorate our friends of Wuhan and let the world remember the fabulous music brought by Wuhan through the sound pagoda built by 12 Sounds of Wuhan," Tan said. "These 12 gongs are no longer physical instruments, but a sound bridge connecting Wuhan to the world."

Filip Stuer, director of communications and marketing of the Antwerp Symphony Orchestra, said that "I believe that the fight against COVID-19 is a global fight, and not only China's to win. I firmly believe that we are capable of winning through concerted efforts and cooperation."

"I feel honored to be able to organize this concert. We would like to offer our sympathy to all those involved, as well as our support to the doctors and scientists, and to all those who are helping to contain this epidemic," said Stuer.

Zhang Ming, head of Chinese Mission to the European Union, told Xinhua after the concert that "Tonight's performance is the artist's support for the people of Wuhan and their fight against the epidemic."

Tan conveyed a heartwarming message for Wuhan at the end of the piece. "Dear Wuhan, I promise to perform 'The 12 Sounds of Wuhan' and Beethoven's 'Ode to Joy' for you at home once the epidemic is over."