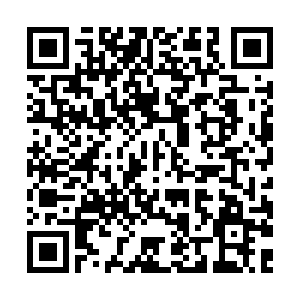 Since the outbreak of the novel coronavirus, most Chinese not only have to stay home but also change their consumption habits. This has impacted some traders and importers who have suffered a loss due to the changing consumption patterns.

Like many Shanghai residents, Chen Yao has a habit of buying and drinking imported milk. But since the start of the epidemic, he has chosen to consume less of the foreign imports.

Chen told CGTN that he usually buys milk every two or three days to ensure he drinks it every day. But now he needs to stay at home mostly, so he buys it only once a week.

As a top dairy product importer, all of Theland's milk is produced in New Zealand. The company's chairman and CEO Sheng Wenhao said they have suffered losses in recent weeks.

Sheng told CGTN that due to the epidemic, most of their online store delivery services have been suspended. Retailing and warehousing have also been affected. "We suffer a total loss of around 80 million yuan," he said.

Sheng said that the sales volume has fallen around 60 percent, forcing his company to slow down their imports.

Although this epidemic outbreak has hit the market and affected people's consumption habits, many global importers say they are still optimistic about China's huge market with the help of more middle-class families.

According to customs data, from January to November last year, China had imported almost 2.86 million tons of dairy products, an 11 percent increase year-on-year.

This figure has given hope to importers like Sheng, who said this epidemic has taught consumers the importance of healthy lifestyles and wholesome dietary habits. He believes there will be greater demand for more unique and modified dairy products in future.

Nutritionists agree saying milk and other dairy products can help improve general health and immunity. Wu Xiaodong is a public health nutritionist, he told CGTN that if people can form the habit of drinking milk every day, they can get more vitamin B, A and D, calcium and protein, which are essential elements for improving immunity.

With Chinese consumers putting greater emphasis on healthy lifestyles and the nutritional value of what they eat and drink, analysts say such changing consumption patterns will continue to drive stronger domestic and global demand.